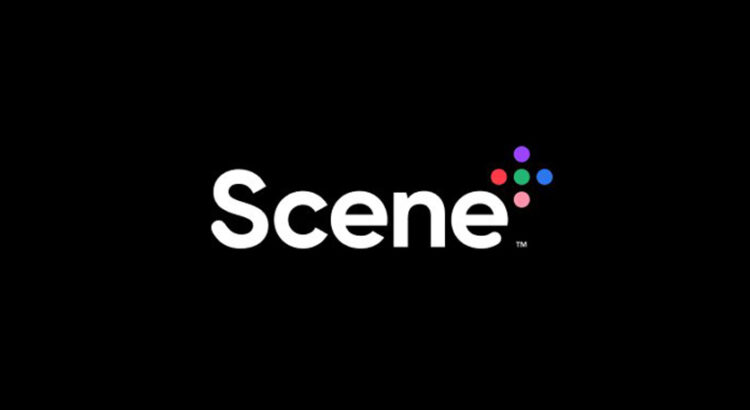 With Scene+ replacing AIR MILES at Sobeys, Safeway and other store across Canada you may be asking yourself why should I bother with a movie rewards program. Well you should, as Scene+ is not just about movies or even dining anymore. The actual revamped Scene+ program launched late in 2021 and was the joining of Cineplex and Scotia’s separate reward programs into one.

Thus you have a movie+dining program in Cineplex SCENE combining with a travel rewards, cash back, merchandise and more program from Scotia Rewards to create Scene+. A program that covers all the reward point earning and redemption options of what the separate programs had before and now it also includes groceries.

In this post we’ll give you general overview of all that the new Scene+ program has to offer so that you can see for yourself that it’s not just for movies anymore. 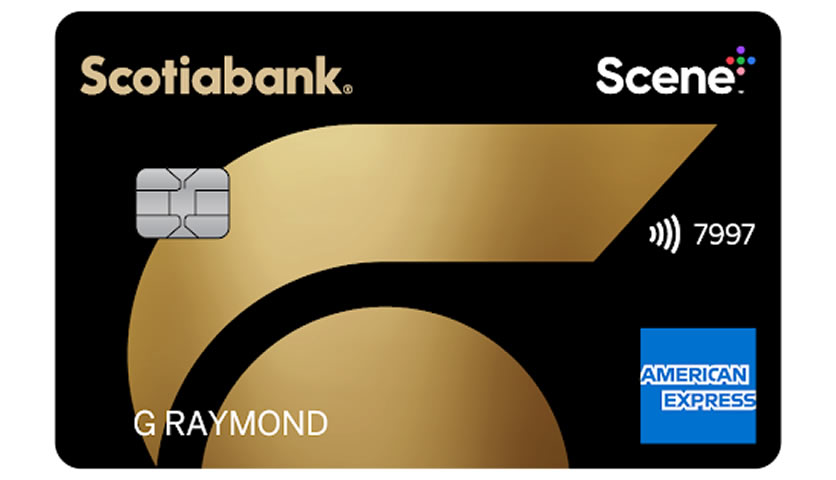 Those six cards are the:

You have a good choice of cards to earn points on along with a variety of features and benefits depending on which card you get. For example the Scotia Gold American Express Card is a “points earning machine” (as we like to call several cards in Canada) that earns up to 5 points per dollar spent and has no foreign transaction fees while the Scotia Passport Visa Infinite Card is one the most well rounded travel rewards cards in Canada with mid-level points earning, no foreign transaction fees, a great airport lounge access benefit and very strong travel insurance.

The majority of the cards will earn even more when you use them to pay for groceries at Empire Company stores like Safeway and Sobeys come this October. In fact the Scotia Gold American Express Card will earn 6 points per dollar at these stores providing a 6% return on most Scene+ redemptions. That’s the highest rate of return on grocery purchases in Canada without taking convertible points programs into account. This is detailed more in the groceries section below.

Truth be told, the Scotia Scene+ cards are some the best in Canada. Four of the Scene+ cards actually rank very high in Canada’s Top Travel Rewards Credit Card Rankings:

The old SCENE program was born out of movies. Cineplex launched the loyalty program for movie goers and that part of the program still plays a big part in the new Scene+ program.

There have been numerous changes to the earning and redemption rates for the movie side of things over the years with the most recent just taking place this past August for the redemption side of things.

The current rate for earning points with Cineplex (in theatre or online) is 5 points per dollar spent. This is earned on movies, concessions, online rentals and purchases etc.

To better match the other reward options in the program. Scene+ went away from set amount of points for a movie to 100 points towards $1. This 100 to $1 ratio is the same rate for travel, groceries and dining.

The move to this new redemption model was both a good and bad. Good in that members no longer have to wait to have enough points to being able to redeem for a movie, instead you can make your movies and concessions cheaper by paying part with points and part with cash.

However in some cases it will now cost more points for a movie than before. For example previously you could redeem 1,250 for a general admission ticket however which may have had a cash value $13.99 (just throwing out a number here). Thus with the new redemption model you have to redeem 1,400 points for the same ticket.

The dining portion of Scene+ hasn’t changed from what we saw in the old Cineplex SCENE+ program. Here members have the ability to earn and redeem points for dining at Harvey’s, Swiss Chalet, East Side Mario’s, Montana’s BBQ & Bar, Bier Markt, and Kelsey’s Original Roadhouse. The earn rates are 3 points for every $1 spent while redemption is 500 points for $5.

Playdium and The Rec Room continue the fulfill the entertainment part of the program with earn rates at these locations being 1 point per $1 spent. Redemption matches the dining option of 500 points for $5.

Thanks to old Scotia Rewards program,  Scene+ gains travel rewards. The travel rewards that was offered by Scotia before were pretty amazing and those continue on in the new program. The great thing about it is you don’t have to have one of the Scene+ credit cards to enjoy the program’s travel rewards. Although if travel is going to be your main goal with Scene+ having one of their cards will provide more value and greater flexibility when booking travel.

If you have a Scene+ credit card you get the same earning and redeeming option as outlined above when you book via Scene+ Travel, powered by Expedia. However by having a Scene+ credit card you don’t have to book your travel with Scene+ Travel. For credit card holders they have kept one of the most popular and important redemption option that was seen in the old Scotia Rewards program. And that is the ability to book any travel with any travel provider and then redeem points against that charge once it shows on your statement. This means you can go buy a ticket on aircanada.com, a hotel stay on bestwestern.com or a vacation package from Red Tag Vacations and use your points to pay for part or all of it.

Even if you don’t book ahead – say you are driving from Winnipeg to Calgary and decide you can’t do it one day so you stop in Moose Jaw and pick a random hotel, as long as you pay for it with your Scene+ credit card you can redeem your points for it afterwards. In fact you have up to 12 months after the charge posts to redeem. That’s what we call flexibility. On August 11 Scene+ launched at Sobeys and affiliated grocery, pharmacy and convenience stores in Atlantic Canada and as of September 22  at their stores in Western Canada. There has been a lot of news surrounding this big shift in the grocery loyalty scene. You have AIR MILES who have had some of these stores as partners for 30 years now switching to Scene+ and it will take some getting used to.  And don’t worry Ontario and Quebec, you should see Scene+ at your stores by early 2023 if not sooner.

Here is what you can expect for earning and redeeming at these grocery stores.

As detailed earlier in the year, the primary difference between earning AIR MILES and Scene+ points at Sobeys and all their other grocery stores is that there is not a base earn rate*. You’ll only earn Scene+ points when you buy select items, receive bonus offers for spending a certain amount (you’ll usually find these offers in the flyer) and also via personalized offers.

* There is an exception to this as purchases at pharmacies and Needs Convenience stores do have a base earn rate.

As AIR MILES members were accustomed to at Sobeys and PC Optimum members with Loblaw stores, you can earn bonus points each for buying specific items. You’ll find these bonuses printed in each weekly flyer and most likely will have some sort of bonus points tag in store as well: One of our long time contributors Joshua C. told us he likes how easy it is to calculate your return or the value of the bonus points. As most redemptions in the Scene+ program are 100 points to $1 you simply need to shift the decimal point two spots to the left on the bonus to know your value. If you get 400 bonus points for buying Lays potato chips, that’s a $4.00 return. It was a little tougher to calculate AIR MILES value due to the variable rates of redemption unless you were set for 100% Cash Mile in which case it is 10.5 cents per mile which still required more calculation to figure out value in comparison to Scene+

Just as Sobeys and other affiliated stores have/had personalized AIR MILES offers at getmyoffers.ca, the Scene+ Sobeys partnership also has these offers. They can be found at https://www.mygroceryoffers.ca/

With AIR MILES many members enjoyed using their Cash Miles for groceries and Scene+ offers the same redemption option. When you are paying for your purchases at participating grocery, pharmacy and liquor stores you’ll be able to redeem points to bring the price down.  The redemption rate at these stores is 1,000 points for $10. Or if you are cents per point person, that is 1 cpp.

Most Scene+ credit cards have received accelerated earn rates when you use them for purchases at Sobeys and affiliated stores. The earn rates are quite amazing and provide up to a 6% return! Here are those rates:

When the Scene+ program launched they announced a new partnership with the online cash back shoppinh portal Rakuten.ca. This partnership allows Scene+ members to earn up to 20% more Cash Back in points with Scene+ Rakuten for their online shopping at hundreds of retailers.

Scene+ members can redeem points directly when shopping online with Apple and Best Buy.  For both of these retailers you can pay with as little as 20% of the item’s value plus taxes in points, and charge the remaining 80% to any payment product of your choice. The redemption value of points for Apple and Best Buy are lower than what you would get using them for travel, groceries, movies or dining.

Members can also choose to redeem for gift cards from over 60 different retailers. The best value in gift cards are for those retailers who are Scene+ partners like Sobeys, Safeway, Ultimate Dining etc. as you redeem at the equivalent value of 100 points to $1. Other cards will cost more points (ie American Eagle $25 card is 3,400 points) so you do lose some potential value when compared to other redemptions but it is still good to have these options available.

The final redemption option that is part of the Scene+ program is only available to Scotiabank debit and credit card holders and that is the ability to use your points for a statement credit. Scene+ calls this Points for Credit and it allows you to redeem points towards a non-travel purchase or purchases on your account at the following rates:

As Scene+ continues its expansion this week by launching at Sobeys, Safeway and other stores in Western Canada it should be known to Canadians to not dismiss this program.  It has become a mini-coalition program in the likes of AIR MILES, PC Optimum, More Rewards and several others. You have multiple avenues to earning points and have an exciting array of reward options to choose from. Scene+ is not just a movie rewards program anymore.