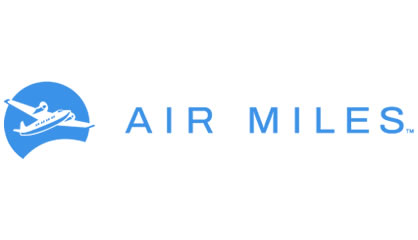 Another long term AIR MILES partner is bidding adieu to the program. Rewards Canada’s reader Tony L. let us know the partnership between AIR MILES and Hudson’s Bay Rewards is coming to an end as of September 30. This marks the third major partner that AIR MILES has lost in the past two months. First it was Empire Company (IGA, Safeway, Sobeys etc.) then Staples and now Hudson’s Bay Rewards.

Granted, I wouldn’t consider Hudson’s Bay Rewards a full fledged AIR MILES sponsor in the manner that Staples, Sobeys, Safeway and the others were. This is strictly a conversion partnership where you could choose to automatically convert your Hudson’s Bay Rewards to AIR MILES. Nonetheless it is the loss of a partnership that has been around for a very long time (since 2001) and in no way is good news for the AIR MILES program.

AIR MILES FAQ page on Hudson’s Bay Rewards tries to alleviate fears about the loss by letting members know they can still earn AIR MILES with The Bay and subsidiary stores by shopping online via AIR MILES Shops. This is the same thing they said with Staples, the problem with that is not everyone shops online and if they do not everyone shop via AIR MILES as they have numerous other options like Rakuten, Aeroplan, Great Canadian Rebates and so on.

The FAQ page even goes so far to have this question in the FAQ:

“It looks like a lot of partners are leaving AIR MILES. Is this a bad sign for the AIR MILES program?”

And how does AIR MILES answer the question? Not with a direct answer but rather by telling members they can earn miles by shopping online via AIR MILES Shops. It doesn’t answer the fact that the AIR MILES program is having some serious issues right now with keeping partners and they aren’t addressing those issues with their members or the public.

No matter how you spin it, losing another nationwide partner so soon after losing others is not a good look for AIR MILES. The way this has been going it wouldn’t surprise me if we see even more partners jump ship soon. With all that said though AIR MILES will continue on, I don’t see them closing shop but rather they seem to be focusing on
turning into an online shopping reward portal with associated rewards
earning credit cards.