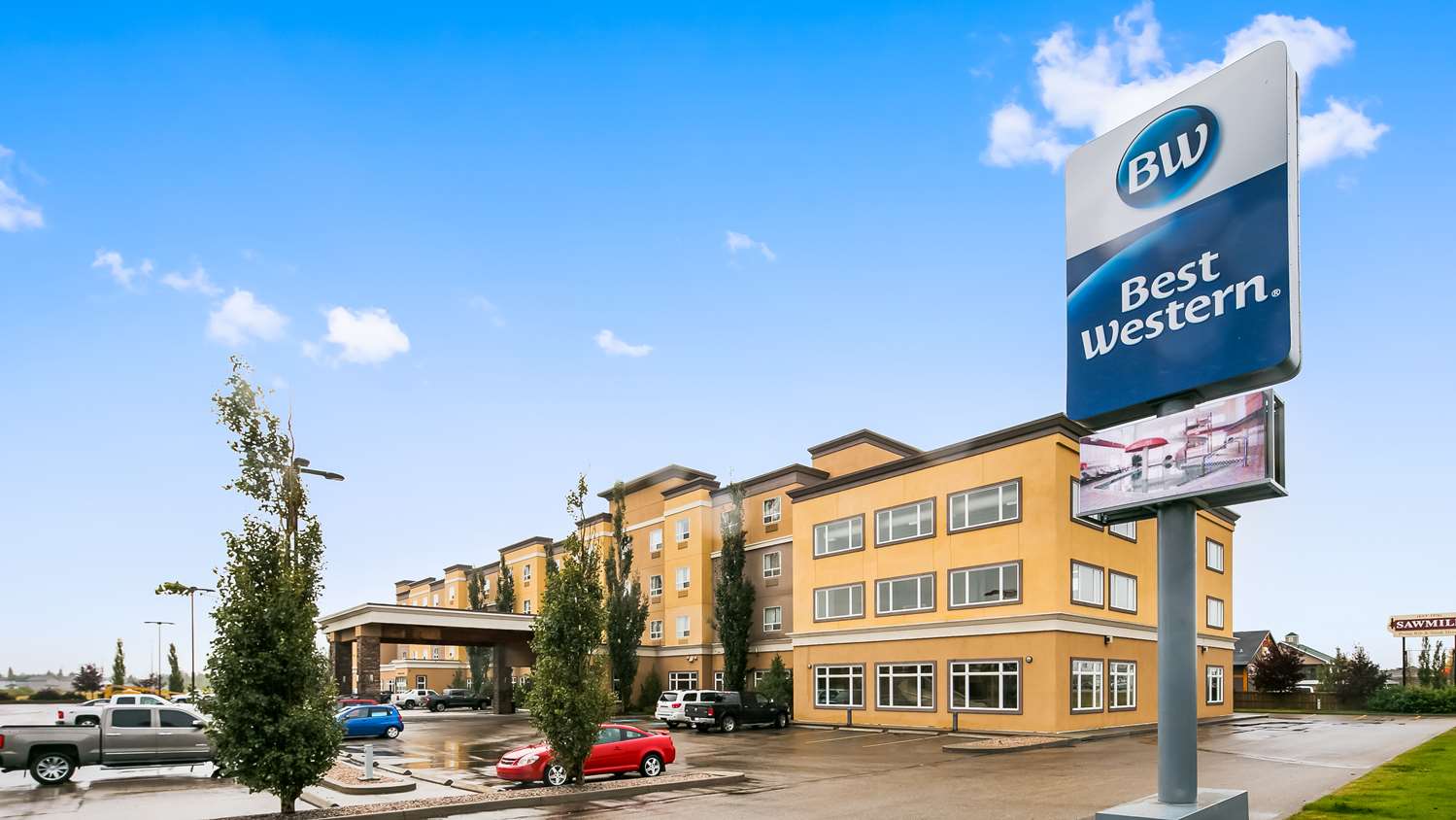 Last week, the Rewards Canada family decided to head up for a small road trip to the Edmonton area and would need a hotel for one night in Stony Plain. We chose the Best Western Sunrise Inn and Suites Stony Plain as we had stayed there many moons ago and enjoyed the hotel. As with most of our hotel stays now we book two rooms for the family and here’s what the two rooms were pricing out at: 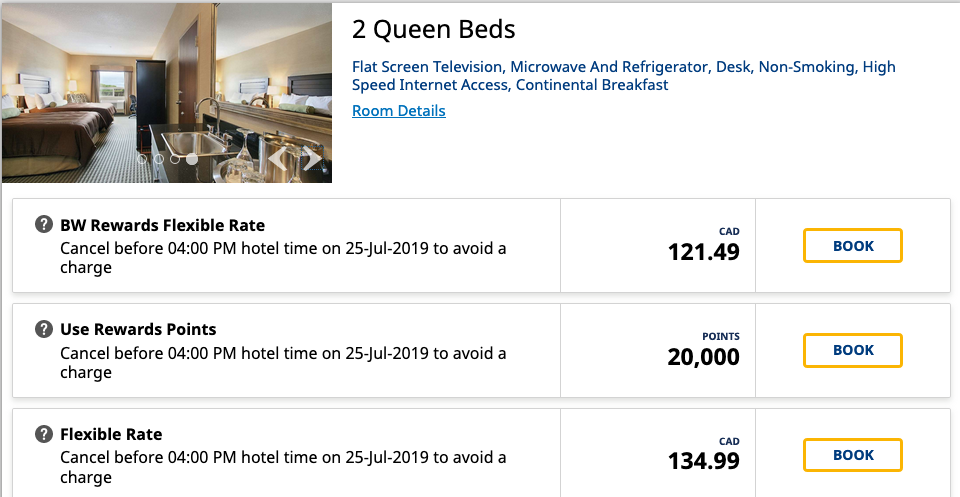 A very reasonable price of only $121.49 plus taxes per room for the Best Western Rewards members rate (the AAA rate was the same). However I also saw the 20,000 points option and it triggered my memory that ‘hey we have Best Western points we haven’t used’. I have been sitting on 60,000+ Best Western Rewards points for years as Best Western is a brand we almost never stay at! As most of our readers may know it’s Marriott, Hyatt etc. for most of the Rewards Canada family stays. The last time we stayed at a BW hotel was back in 2015. So, I decided that I would redeem points for the two rooms as the points are just sitting there not being used. It is better to use them up rather than not at all and seeing that I don’t even know when we may stay at another Best Western hotel it just made sense to redeem. This was the topic of discussion for episode 56 of our podcast with guest Rob Carrick about hoarding points and something we talk about in a lot of our media interviews that it is better not to hold on to points for too long. Give it a listen if you haven’t yet!

Anyways, back to the redemption. The process on the Best Western website was super easy and I was able to select the 20,000 points rate for the first room, then it went to the second room and I was able to do the same and after completing some fields in the reservation form (requesting connecting rooms etc) we had the rooms booked in less then 5 minutes. 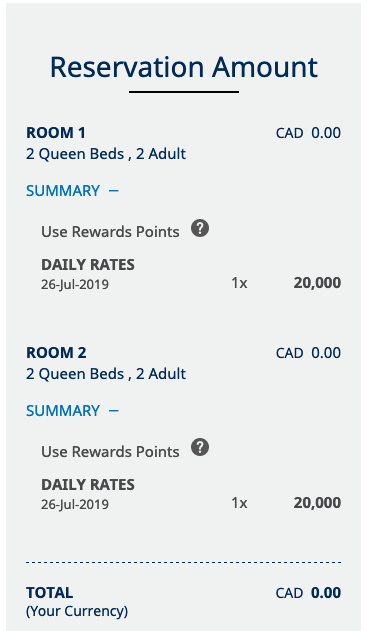 40,000 points and no cash outlay. Nice. But for some of our readers, you are probably cringing now! Why redeem 40,000 points for a hotel stay that isn’t very expensive. Yes if we paid cash it would have only been $264.84 total for the two rooms. 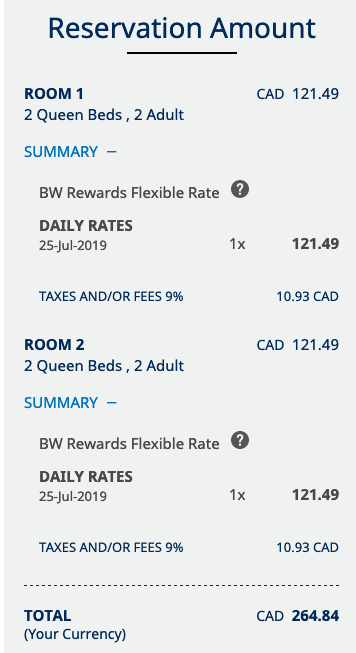 40,000 points for $264.84 in room cost translates to a value of only 0.66 cents per point. I would say this on the mid to lower end for Best Western Rewards where you could pull upwards of 0.9 cents per point. Don’t get me wrong, I like to be able to receive as much value for my points whenever possible but I also live by my mantra that was covered in my feature The True Value in Reward Redemptions where the best redemptions are those that make you happy. This redemption made me happy, I got to use up points that have been sitting there for years and most likely would have sat there for many more years. I also got to keep almost $265 in my wallet. So in my mind this was a redemption that was well worth it.

Not only did we get the stay for free, I also earned 750 points on the stay thanks to being a Best Western Diamond member (thanks to BW Status Match No Catch) and completing the stay survey afterwards:

Overall I would say this was a great redemption for the Rewards Canada family! We’d love to hear your comments about redeeming points for Best Western stays. Do you try to maximize them or don’t even bother looking at the value and just redeem for those free nights whenever you can get them? Let us know in the comments below!