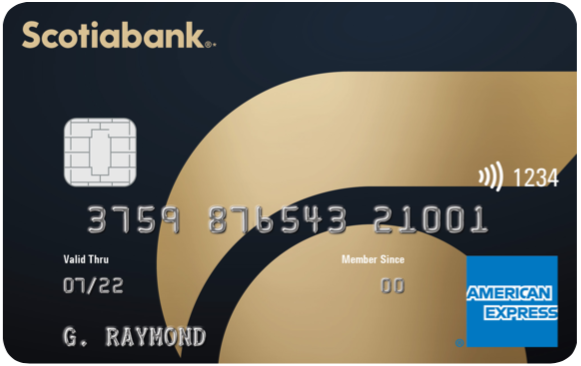 For several months now we have discussed the changes coming to the Scotiabank Gold American Express card and are happy to report that today they went live! Not only are the enhancements now live on the card but to celebrate the changes Scotiabank has brought out a limited time increased welcome bonus on the card! Normally the card comes with a 15,000 point welcome bonus but as of today that has been boosted to 25,000 points when you spend $1,000 on the card within three months. On top of that, Scotia will reward you with another 5,000 points if you hit $10,000 in spending in your first year of having the card. That additional bonus tier should be relatively easy for most to hit.

Now let’s recap the changes that have come to the card:

The biggies here are the no foreign transaction fee now being offered on the card along with the increased earn rates for Grocery, Dining, Entertainment to 5 points per dollar in Canada (up to $50,000 annually) and 3 points per dollar for Transit and Streaming Services. Of course it isn’t all good news, the annual fee as of today is now $120, up from $99 and some benefits and insurances have been either removed or lowered. Still I would say the positive changes far outweigh the negatives!

For the new category of 3x points for streaming services, you can expect to earn the extra points with the following:

You’ll have to note that the 5x and 3x points categories are for purchases in Canadian currency only. That means you’ll be earning those accelerated rates in Canada while all foreign currency purchases will only earn 1 point per dollar spent but that is on top of saving 2.5% thanks to the No Foreign Transaction fee.

From the beginning this card has always been one of the stronger cards in our market and now with these changes it has further solidified that. What do you think of the card now and will you jump on it thanks to the changes and this increased welcome bonus?