This year on the Rewards Canada blog we managed to publish over 800 posts – a new record since launching this part of the site in 2009. A lot of those posts were very popular with our readers as they saw a lot of traffic but out of all them which 10 came out on top? Read on to find out!

Here are the top 10 Rewards Canada Blog Posts for 2021 in terms of number of views:

1. Big changes coming to the AIR MILES program – find all the details here!

No surprise that one of Canada’s largest and most popular loyalty programs would generate a lot of buzz when they announced some major changes to the program. Even though it came later in the year compared to some other posts this article took the number 1 spot for traffic on the Rewards Canada blog in 2021. 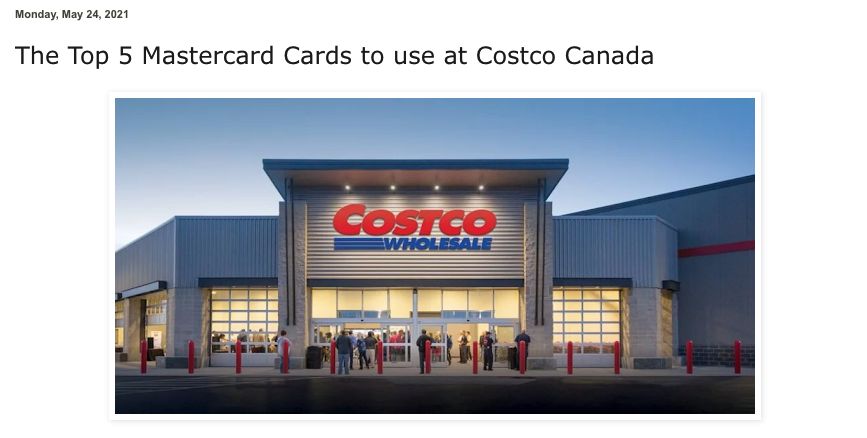 2. The Top 5 Mastercard Cards to use at Costco Canada

A major retailer in the Canadian market dominating news? That’s odd. ;-). Costco just happens to take the second and third spots for 2021 in our top 10. The first is our recurring post/topic on Top 5 cards to se at Costco – it generated a lot of buzz after some changes to several Mastercards occurred this past year. This post looks at the cards that reward you the most for shopping at Costco. 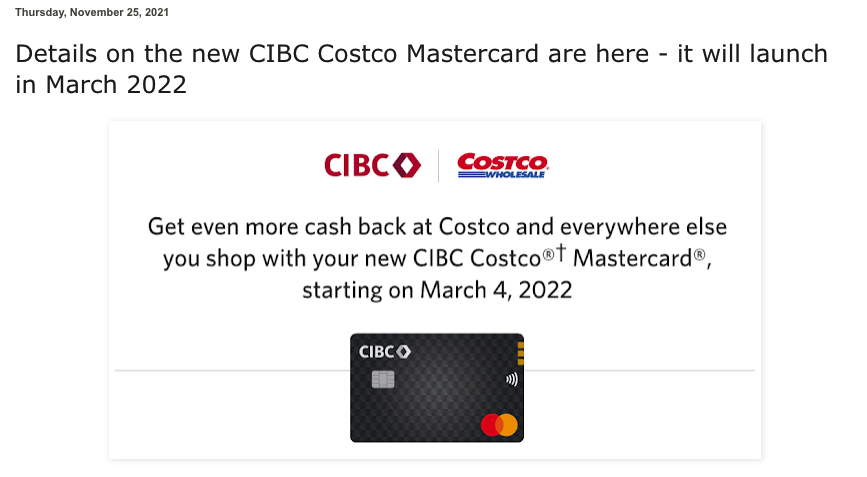 3. Details on the new CIBC Costco Mastercard are here – it will launch in March 2022

The other big news for Costco was the end of their relationship with Capital One and announcing a new partnership with CIBC. When the details of the new CIBC Costco card were revealed this past fall it proved to be very popular with our readers quickly catapulting the post to third spot for 2021. 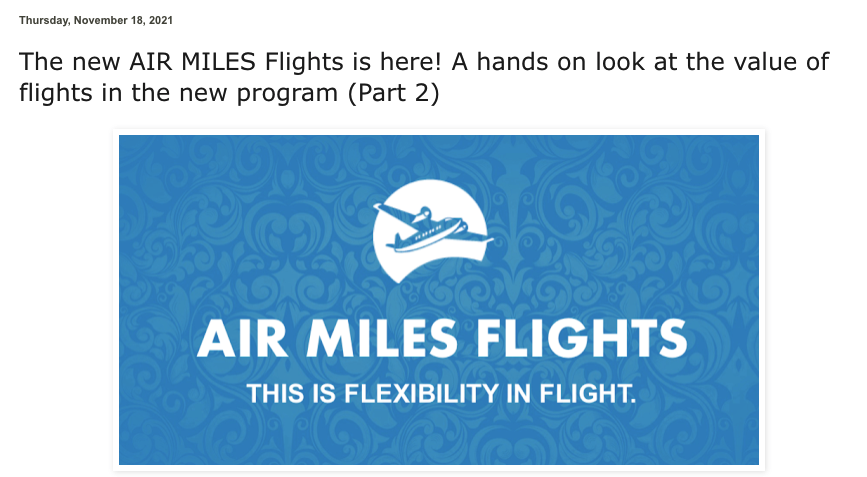 4. The new AIR MILES Flights is here! A hands on look at the value of flights in the new program (Part 2)

And back to AIR MILES. During their big announcement about the update to the program the biggest change came in the form of the new AIR MILES Flights platform. We took a dive into the booking platform and we did find more availability and flexibility however it came at a cost. The value per mile redeemed for flights took a significant hit. 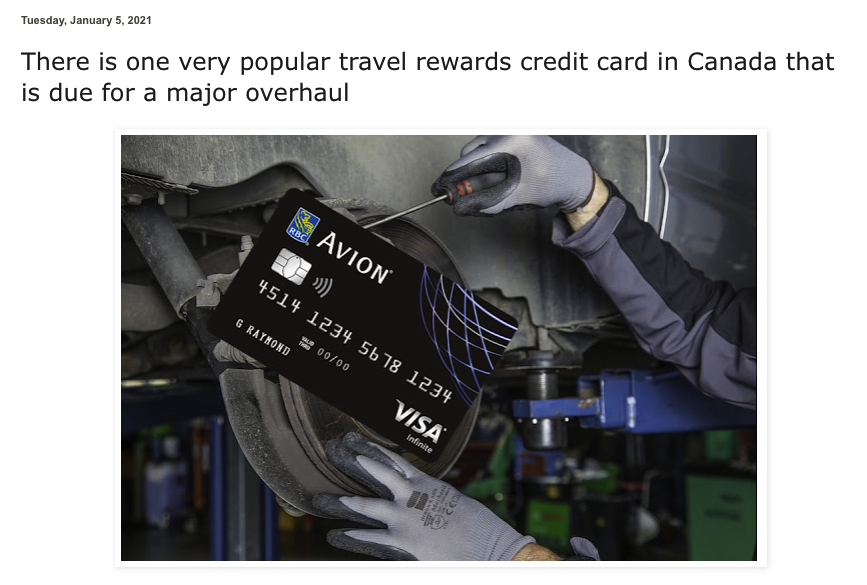 5. There is one very popular travel rewards credit card in Canada that is due for a major overhaul

One of our earliest posts of the year that is still proving to be popular and in fact still current was the first of our five posts looking at credit cards in Canada that need an overhaul. It’s no wonder this post saw a lot of traffic as it covers the RBC Avion Visa Infinite Card which is one the most popular rewards cards in Canada. If you have this card and haven’t read this article yet be sure you do to see if it is still the right card for you.

6. American Express improves the Cobalt Card – yes the best card in Canada just got even better

American Express has been one of the most proactive companies in the credit card and loyalty space during the past two years of the pandemic. To much of everyone’s surprise they took their Cobalt Card, which was already the best credit card in Canada and made it better! So while others seemed to be staying the course or making their products worse, Amex did the opposite.

7. Canada’s Choice results are in! See who Canada chose as their favourite credit cards and loyalty programs

After a six year hiatus we brought back Canada’s Choice where we asked you our readers to vote for your favourite credit cards and loyalty programs. The results of which generated a lot of interest making this post the seventh most popular of 2021! 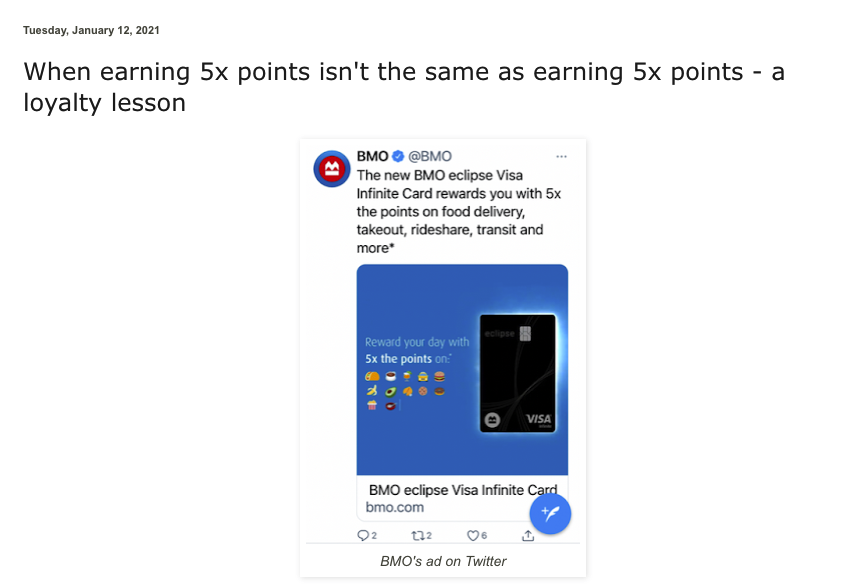 Another one of our early 2021 posts that received a lot of attention was us calling out BMO for their advertising of their new BMO eclipse cards. This post is a good example of why you need to look at both the earning and redeeming sides of credit cards and loyalty programs because if you only look at one side (the side that’s advertised in this case) you could be losing out.

9. The best credit card in Canada doesn’t just beat the competition – it destroys them now

This is the only post on the list that is obsolete as some of the offers have changed (like the Buddy Pass conversion) but it is still a good reference point and an educational post on how you can utilize credit card welcome bonuses offering no fee in the first year to score a lot points for free. Free meaning not paying any annual fees but still having to complete spend on the card(s) to earn those welcome bonuses!

This is the final post on the Rewards Canada Blog for 2021 and we want to thank you all for reading one, two or even all 800+ posts we had for this year. Have a very safe and Happy New Year and we’ll see you in 2022!