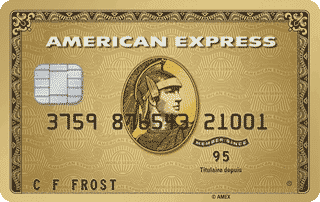 You may recall that early in the year I published the article “There is one very popular travel rewards credit card in Canada that is due for a major overhaul“ which detailed my thoughts on how the RBC Avion Visa Infinite Card is due for a change. That article was originally planned as five cards that need an overhaul but I ended up writing so much about the RBC card that it would have been way too long of an article to read. Even to cover the next four cards in their own article may prove too long so I figured I’ll tackle them one by one – well not all of them as two of the cards on my list really only need the slightest changes so I’ll probably lump them together in one article. With that out of the way I’ll look at the how I think the next card due for an overhaul – I guess not really an overhaul but due for some tweaking is The American Express Gold Rewards Card.

In it’s current state this card has not changed since it was revamped and relaunched back in 2010. There’s good reason why it hasn’t changed – it’s a good card – no, actually it’s a great card! In fact it was the number one card in Canada from 2011 to 2018 and has held on to second place ever since. The change was simply due to American Express bringing out the American Express Cobalt™ Card which is now the top card in Canada. Thanks to the Cobalt Card however we’ve seen an increase in competition from other cards and I feel this card just needs an ever so slight tweaking in what it provides to make it stand out and be different from the rest.

The Cobalt Card was one of the first cards in Canada to heavily target lifestyle, more so the millennial lifestyle so what does that make the Gold Rewards Card? An old person’s card, sorry, an older persons card. Yes, it’s been in my wallet since 2010 and from what I know it has been a go to card for the slightly older crowd. I mean it is one of the few cards left with a drug store multiplier and as I near a half century of being on this planet I can definitely vouch for those more frequent visits to drug stores. Plus, having a family, kids and so on that multiplier is nice to have for those runs to the drug store. That leads me into where I would make the first move in overhauling this card. I would boost the drug store earn rate to 4 points per dollar. Appeal to that older crowd, move in the opposite direction of the competition. Not to mention it would also be self-serving for me as I buy most of my electronics, video games and many other items at London Drugs. With great service and price matching London Drugs has been my hidden gem for buying TVs and most recently a sound bar as those purchases earn 2x points per dollar since they code as drug store purchases. Yes – anything you buy at London Drugs (in-store that is, not online) counts as 2x points whether it is actual pharmaceuticals, a TV, make up or anything else in between. Basically make this card stand out in the one category that most issuers don’t seem to care about much anymore save for the pricier BMO eclipse Visa Infinite Privilege* Card

I would add one more earn rate change – I’d boost groceries to 3x points from the current 2x points. Here’s why – it would make the card a leader for the grocery category – yes there are other cards that offer 5x points but the Gold Rewards Card’s points convert 1:1 to Aeroplan and British Airways so you could technically earn 3 Aeroplan points or BAEC Avios per dollar on groceries. No other card could match that and American Express has the ability out of anyone to provide it. Granted they would most likely have to cap the annual spend to prevent excessive gaming but it would definitely be an attractive benefit for that older crowd once again. I would then keep the gas multiplier at 2x and the travel multiplier at 2x. You’ll notice I didn’t bring in other potential categories and here’s why: the other ‘older person’ card that is popular from American Express is The Platinum Card and its points combine with the Gold Rewards Card. Ideally you would want to have both in your wallet so that you would earn 3 points per dollar on dining from the Platinum Card along with all of that card’s amazing benefits and then have the Gold Rewards card for your other spending. We do it in our family and I’m sure there are many more out there who do so as well.

And finally one more update that this card should see – a Rose Gold version. Just like in the U.S. where they brought back this popular option earlier this year. Yes it is strictly cosmetic but people in the U.S.  love it so much it would be nice to see that option here in Canada.

With so many new cards in the market including the Cobalt Card, The American Express Gold Rewards Card often gets forgotten now in the points and miles world and even by the average Canadian seeking out a new card. Overhauling the card may just be what is needed to lift this card from being out of sight out of mind to one that is in the forefront again. What do you think? Do you have this card? Would like to see it updated? Let us know in the comments section below.