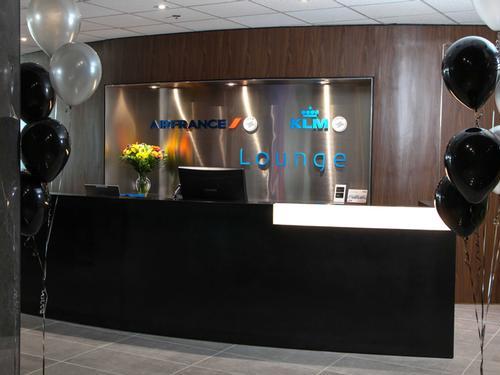 Last week we brought you the news that Plaza Premium airport lounges will be leaving the Priority Pass and LoungeKey access programs as of July 1. This doesn’t mean that you can’t access the lounges, you can but unless you get access from a card like the Platinum Card from American Express or are flying business or first class with an airline you won’t get the discounted entry that Priority Pass and LoungeKey provide. So that begs the question that our Twitter follower Joshua asked:

And that’s what we’ll look at that in this post, what lounges will be left for members of Priority Pass and LoungeKey seeing that Plaza Premium operates the most third party lounges in Canada?

First off, we should state that we don’t know if all 13 of Plaza Premium’s lounges in Canada will be leaving Priority Pass and LoungeKey. In the announcement they do say there are some that might remain and those are being negotiated at this time. Our fingers are crossed that some in Canada do remain. That being said, in a worst case scenario if all the Plaza Premium lounges do leave, it will leave only eight lounges in Canada that you can access with Priortiy Pass/LoungeKey – three of which alone are in Calgary, so there’s definitely the possibility there won’t be many options.

Here are the eight lounge options that at this time we know for sure will be remain as part of Priority Pass and LoungeKey as of July:

Toronto and Vancouver are both hit hard with YYZ potentially losing 7 out of 8 options and YVR potentially losing 4 out of 5 options. Ouch! While Edmonton and Winnipeg only have Plaza Premium lounges so those cities may totally fall off the list for Priority Pass and LoungeKey. That’s not a lot of options, especially for Toronto and Vancouver with multiple terminals potentially having no lounges to access at all. Calgary, Montreal, Ottawa and Quebec will remain unscathed but that’s simply due to the fact there are no Plaza Premium lounges in those cities to begin with.

As mentioned above this is a worst case scenario where we see all the Plaza Premium Lounges in Canada leave our two main lounge access programs. We hope this will not be the case as it severely devalues that benefit which is afforded and marketed on many premium credit cards here in Canada.  Time will tell us what will actually transpire and you can count on Rewards Canada to bring you that news as soon as it becomes available. For now, hold tight and keep your fingers crossed that it works out whereby a good portion of those lounges do decide to stay with the programs. If I was to take a guess I would think we would see Edmonton and
Winnipeg stay with the programs due to a lack of other lounges and a
smaller proportion of travellers when compared to Vancouver or Toronto – but that’s only a guess.