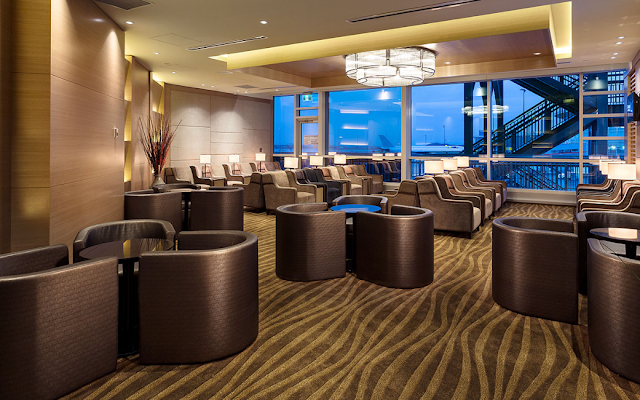 Australia based Executive Traveller broke the news today that airport business class lounge provider Plaza Premium will be cutting ties with two of the biggest lounge access programs. As of July 1, 2021 members of Priority Pass and LoungeKey will no longer be able to access most Plaza Premium lounges worldwide. This change affects numerous lounges here at home as Plaza Premium operates 13 lounges with two in Edmonton, six in Toronto, four in Vancouver, and one in Winnipeg. There is word that some Plaza Premium lounges will remain part of those programs but they haven’t been revealed yet. We’ll have to keep our fingers crossed that some of the Canadian locations are part of that list.

Worldwide, Plaza Premium operates over 120 lounges which means the total amount of lounges that Priority Pass and LoungeKey members will be able to access will drop nearly 10% from the current 1,300+ to the high 1,100 or low 1,200 range. In the grand scheme of things it may not seem like a huge amount but Plaza Premium lounges are well liked, well maintained and are located in some of the most popular airports so this can be considered a big loss. Even more so for us in Canada as they have some key lounges in airports like Winnipeg and Edmonton where there aren’t other lounge options.

Depending on your card or Priority Pass membership you could get free access or pay to access Plaza Premium lounges. The same went for LoungeKey however both programs had discounted rates from what Plaza Premium normally charges (US$32 vs. US$50-$65) so technically you can still access these lounges but now you’ll be paying a lot more to do so.

According to the article from Executive Traveller access for American Express Platinum Cardholders will continue to be offered. We have reached out to Amex Canada to confirm that this will be the case as American Express does have a separate agreement with Plaza Premium. WestJet also has some separate lounge access agreements so if you are flying WestJet and have Elite status you should still receive access and for others flying WestJet you will continue to receive 20% off the walk up rates for Plaza Premium lounges in Canada.

Due to the pandemic all Plaza Premium lounges in Canada closed for the better part of 2020 and nine remain closed to date with only two in Toronto and two in Vancouver open right now.

Overall this isn’t the news a lot of us like the hear when there is a light at the end of the tunnel for travel. We are all just waiting to get back in the air and for many of us that will be happening later this year and beyond and one of the perks we have come to enjoy won’t be there unless you want to be spending US$50 or more per person for these lounges.