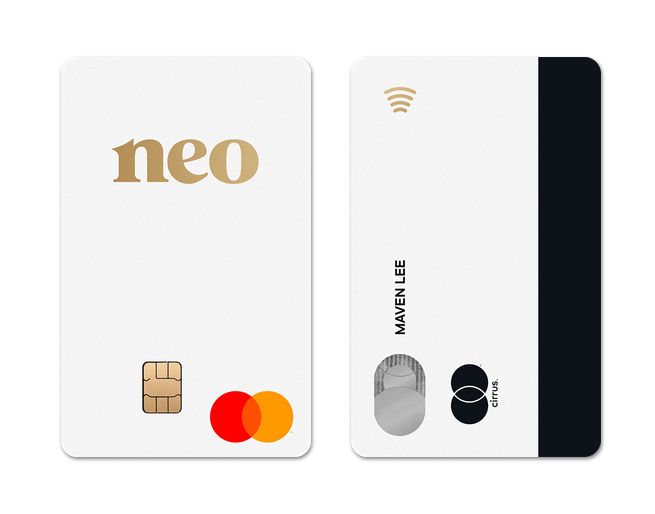 About a year and a half ago one of the founders of SkipTheDishes reached out to me to discuss rewards programs and credit cards in Canada as he and other founders were getting ready for their next venture utilizing some of the funds they earned from selling the big food delivery service. That venture would be a new rewards program for Canadians. Fall of 2019 saw me meet with one of them again to further discuss the market and their planned intentions. In our discussions they wanted to create something new and exciting by taking what was good from most other programs, add their own twist to it and in the end they created Neo Financial.

Neo Financial is based in Calgary and in their short lifespan so far are already employing over 100 people at their office located just on the outskirts of downtown YYC. Their initial product plan was a rewards credit card but that has quickly expanded to include other financial products like savings accounts. Neo  partnered with ATB (Alberta Treasury Branch) to be the issuer of their Mastercard and have Concentra Bank being the supplier of Neo’s savings account.

The Neo Card and Rewards program
Now while they market it themselves as a reward program and offer rewards their rewards aren’t typical rewards in the sense of earning a rewards currency. There are no points, no miles, no cash back balance. The rewards are with each individual retailer or brand and are awarded right at the point of sale. Each partner has ongoing benefits with Neo that provide both immediate and
long term value. That is – the first time you go into a Neo partner and utilize your Neo card you might get a free product – a coffee, pastry, or a discount on that first purchase. Then the second time you go in you may get nothing but on the fifth purchase it may be another free item. Think of it as a super modern version of the old buy 10 get 1 free punch cards. The reward at each brand or retailer will differ and be individualized. A lot of the brands will want you to try them out so your first purchase will tend to earn a pretty good reward and if you have used a lot of other Neo partners your personalized incentives to get you in the front door for that first purchase may be even better. After that your rewards or benefits will be based on
your spending habits. So there will be some thing available for each
consumer – you have to the make purchases and then you’ll start seeing the benefits. Ultimately the program will get smarter and more personalized the more it is used. On average the most active users will get a bigger return than those who may not be utilizing the card at their partners very much. On their website Neo states their rewards can get as high as a 20% cashback return.

The credit card itself is a Mastercard and it has no annual fee. On top of that there are no over-limit or inactivity fees on the card. It does appear where Neo is making their cost savings is the fact the rewards are essentially funded by the merchants (not funded by the interchange fee) by providing discounts or free items and that the card has no other benefits or insurance attached to it. To me they seem to be operating one of the leanest reward credit card operations in the market by not actually spending much on the card or rewards itself but rather the technology behind the company.

Where can you find neo?
Since they are based in Calgary Neo launched here and already has customers spending on their cards at over 500 places locally. And since Rewards Canada is based in YYC I can attest to seeing their stickers at quite a few locations already!

Recently Edmonton and Winnipeg came on board as well and are fully live. Their fourth Canadian city will be Vancouver and it shouldn’t be to long before YVR is up and running. Overall there are 1,500 brands in Western Canada that are already part of the Neo network and that is growing at a pace of about 500 new merchant per month! After Vancouver the next cities to come onboard should be Regina and Saskatoon. There is no word yet about expansion to Eastern Canada or to smaller centers in the west.

Here are links to Neo’s pages for each city that lists some of their partners:

Applying for the card
Neo tells me they have had overwhelming demand for the card so to ease the processing of applications and getting the Neo card to their approved cardholders on a timely basis Neo has enacted a wait list. They are trying to avoid a fiasco like was seen when Brim Financial launched and it took months for approved members to get their cards. You can join the wait list via their website and Neo tells me that lots of people are coming off the wait list every week. They also have the option where you can apply for the card via their app.  How you get neo via the app has been re-imagined for our market – in reality you can order a coffee at a Neo partner and have your
digital version of the card before that coffee is ready. Their application system via the app is fully digital and can be done
under 5 minutes as it utilizes selfie technology to compare you to the picture on whatever ID you use for the application.

Credit Builder
Another feature for the credit card that will be seen from Neo is Credit Builder. Think of this as a pseudo-secured variation of the Neo credit card.  Basically the way Credit Builder will work is that a person will get Neo and then deposit a small amount of cash into their Neo savings account – not the credit card itself like secured credit cards. For those with Credit Builder the Neo card will have the functionality of debit card but also a credit card as you will use it essentially as a debit card as each purchase where the funds will be automatically pulled from your savings account and you still get to reap all the rewards. Ultimately your credit is whatever you have in
your Neo bank account which means you earn the interest on those funds and are not funding
the actual credit card. Then Neo’s algorithms will start extended credit based on your spending history and voila you are building credit without having funds locked into the actual credit card like those found in the secured or prepaid market.

Savings Account
Neo plans on offering one of the highest full time interest earning bank accounts in Canada. We say full time as it is not like the offers you see from other digital banks who offer a large interest for the first 6 months or whatever in your account and then drop the rate to something just above whatever the big banks are offering. Neo’s published interest rate will be the rate you earn all the time, whether it is for 6 months, 12 months or more. Now of course they are at liberty to change the rate just like any other bank does but for the most part you should expect them to keep the rate higher. At the time of publishing this article the full time interest rate Neo is offering is 1.3%. Keep in mind their bank account pretty much has no strings attached to it with no major terms and conditions and even though it is a savings account it can be used like a chequing account.

Neo offers the savings account through Concentra Bank which is a CDIC member institution and thus your savings are protected up to $100,000.

Benefits
Right now Neo has been focused on the tech and product side of things but they told Rewards Canada there are plans to roll out benefits in the program. The question is will those benefits be offered on this first product or future products. Neo did say that down the line they will have premium card offerings with a monthly fee (Think American Express Cobalt Card) that will offer more benefits and maybe even more rewards than the base level card. So as we speak there aren’t really any of your traditionally known credit card benefits attached to their credit card, no insurance, no lounge access, none of that. Neo did specifically tell me they don’t want to front load the benefits but rather focus the long term value with their partners and merchants.

Neo wants to shake things up
Neo is not only looking to reshape the credit card rewards market in Canada but pretty much the entire financial banking system. They view their approach as an ecosystem with the credit card being the entry points. Then think loans, mortgages and even insurance. They want to  provide greater benefits to Canadians for putting it all under one roof and provide ongoing benefits instead of that free TV or tablet for moving over to another financial institution.

Suppoting Local
Supporting local that is what Neo is aspiring to do by supporting pillars of the community.  With their model you support your favourite places to shop at and they are getting customers to come back more frequently to those places, in the end they view it as a win-win relationship.

Pros of the Neo card:

Cons of the Neo card:

You have to remember some of these cons are aspects of traditional rewards cards. Neo is not wanting to be traditional. That being said and knowing our readership I feel that for many Rewards Canada readers if you do get a Neo card it will be to supplement your existing rewards card portfolio so that you can simply avail of the discounts at Neo merchants. And those discounts need to be big enough not to pull out one of your traditional rewards cards. I mean I know if I’m at a coffee shop that has Neo and say they are offering 10% off but that shop also takes Amex I am most likely going to use my Cobalt Card for the 5x points which to me is a 5 to 10% return and it is adding to an existing rewards balance.

Let us know your thoughts on Neo Financial below in the comments. Are you one of the early adapters and using the program? If so please tell us how your experience has been!

Rewards Canada has no affiliation with Neo Financial. We did meet with them to provide them with insight into our market while they were developing Neo but that was done pro bono by Rewards Canada.