This is the final review of the Rewards Canada Maui trip from quite a few months ago. Here are the other reviews from this trip:

As mentioned in the Marriott review we decided against staying at it for our return overnight hotel and decided to try the Aloft SFO. The primary reason for choosing this location was the late 4pm check out thanks to the Mrs.’ Platinum status,  the bed sizes plus the price was pretty good. Yes bed size. So many hotels in SFO have only double beds so it’s nicer to have something bigger when you have teenage kids. The Aloft features two queens in their rooms and the have adjoining rooms so we booked two for close to the price of one two doubles room at the Marriott SFO. That’s a pretty good deal and we were super happy we each got our own bed!

This was our first time trying out the Aloft brand which launched about a decade ago as lower priced vision of W hotels. 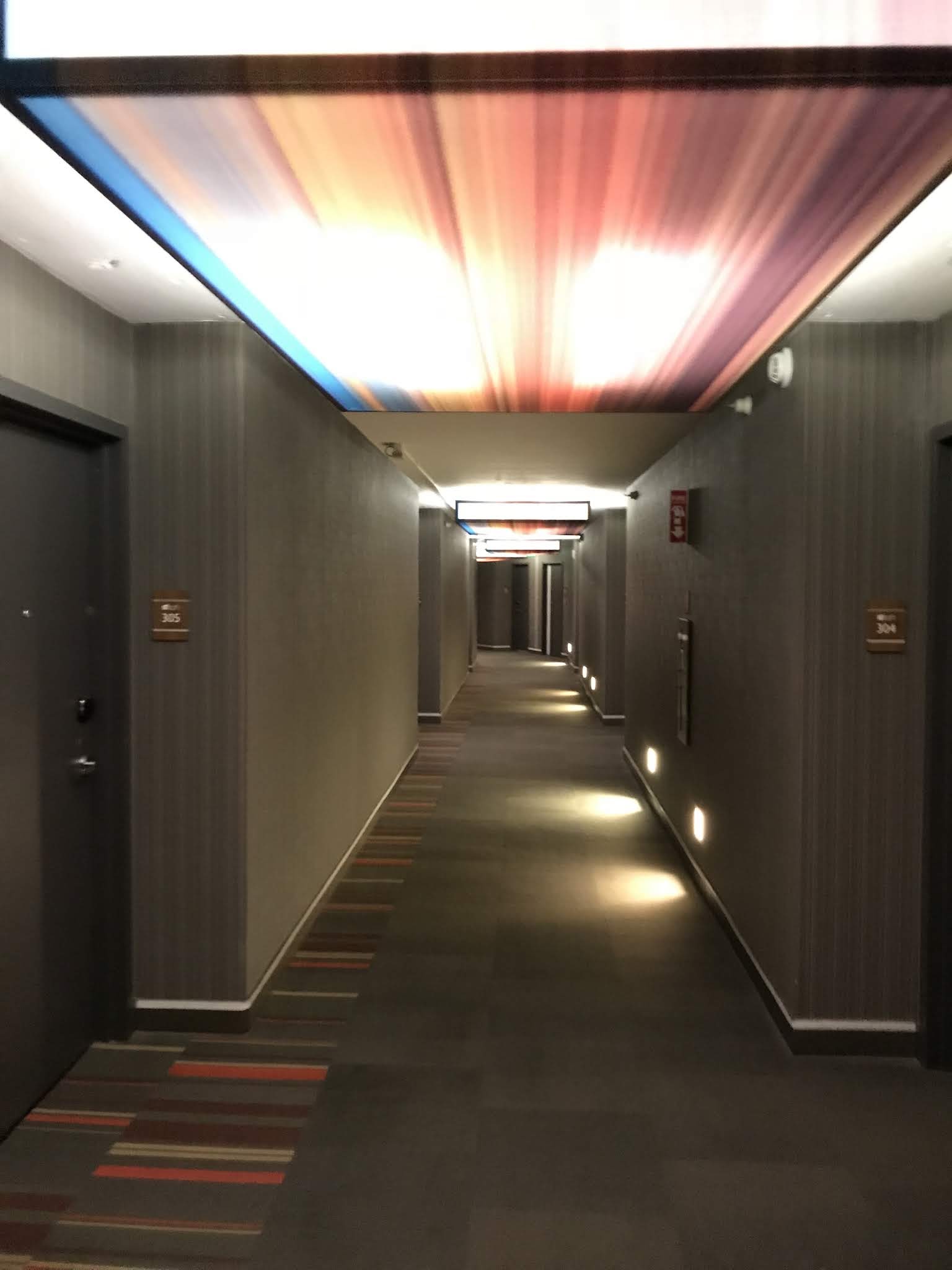 The hotel and brand have a Modern, Industrial feel that our teenage kids loved and thought was lots of fun. We got to the hotel pretty late as the Hawaiian Airlines flight from Maui arrives at 10pm into SFO. We took the free hotel shuttle from the international terminal that Hawaiian Airlines uses. We didn’t have to wait too long, perhaps 5 minutes for the bus to come and it had us to the hotel in less than 10 minutes as the Aloft is the first stop for that particular shuttle. 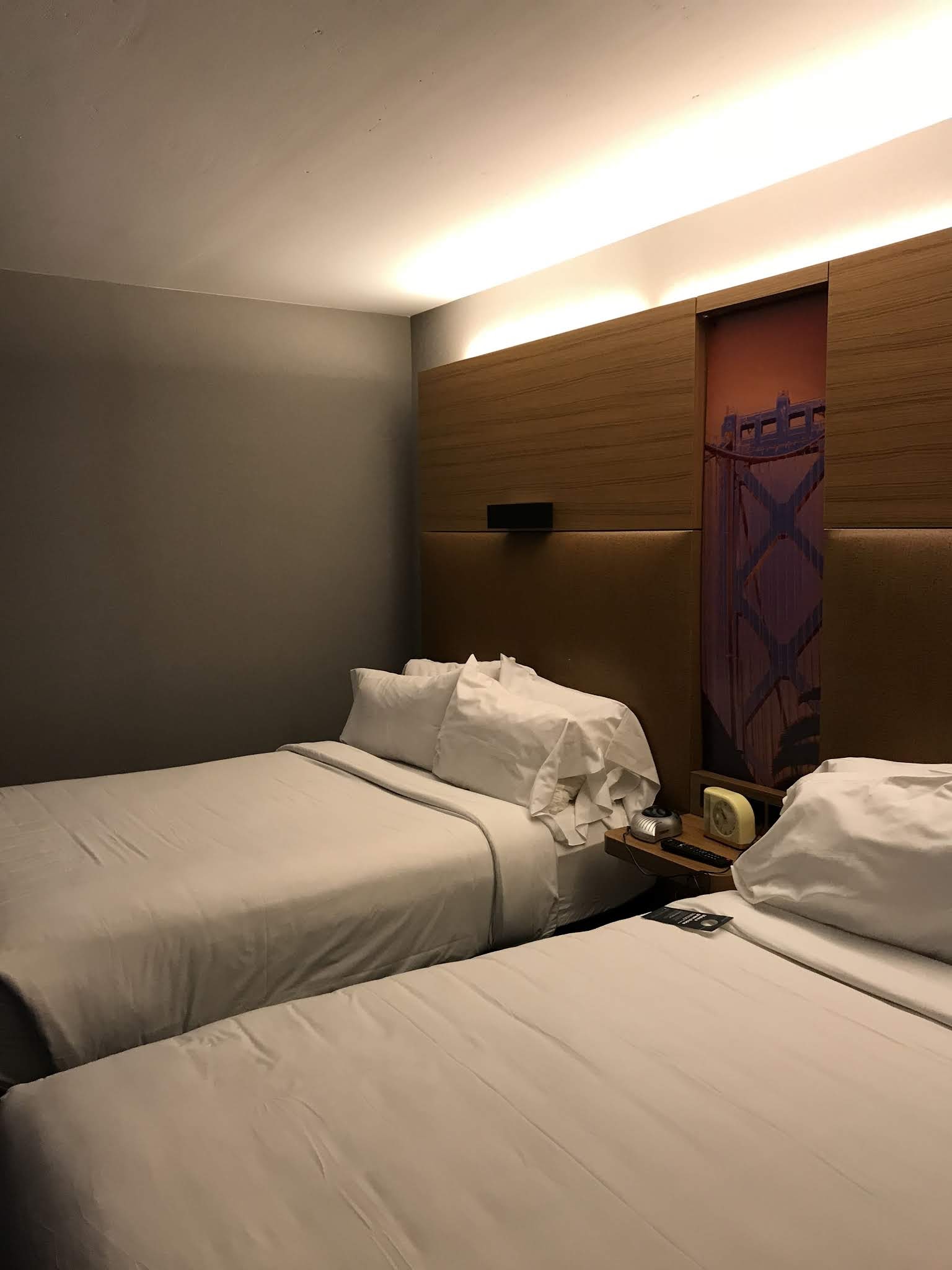 The rooms were pretty good – not a ton of space but good enough for an overnight for a couple. One room for a family of four with kids older than toddlers and it would definitely feel cramped. I’m glad we had the connecting rooms with two queens in each room. Overall the rooms were very clean and comfortable except for one part. One of the four Queen beds had stained sheets and not just one stain. It had a few stains, I’m not sure if it wasn’t changed out or if they were washed and had stains remaining – either way they probably should not have been on the bed. 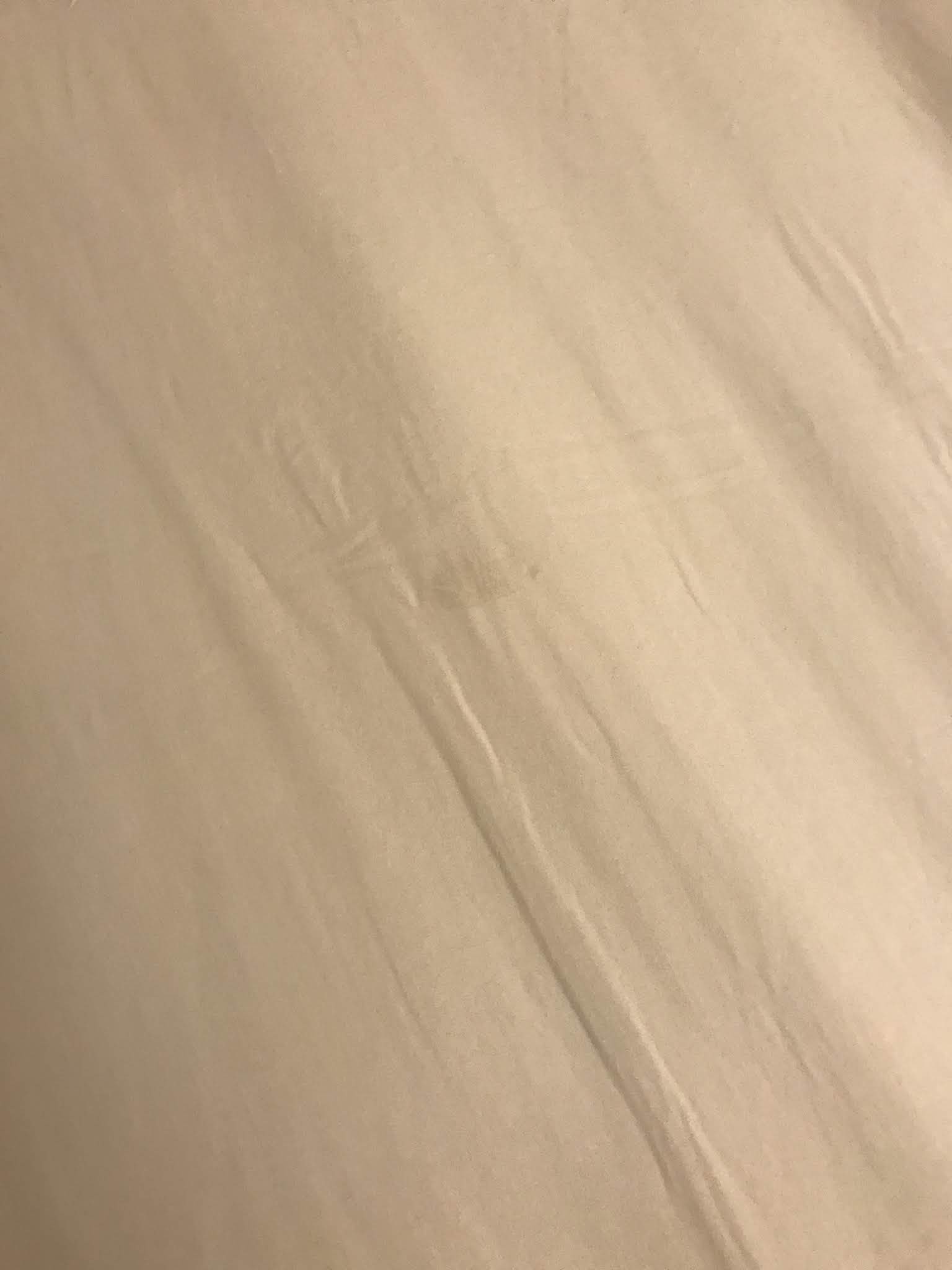 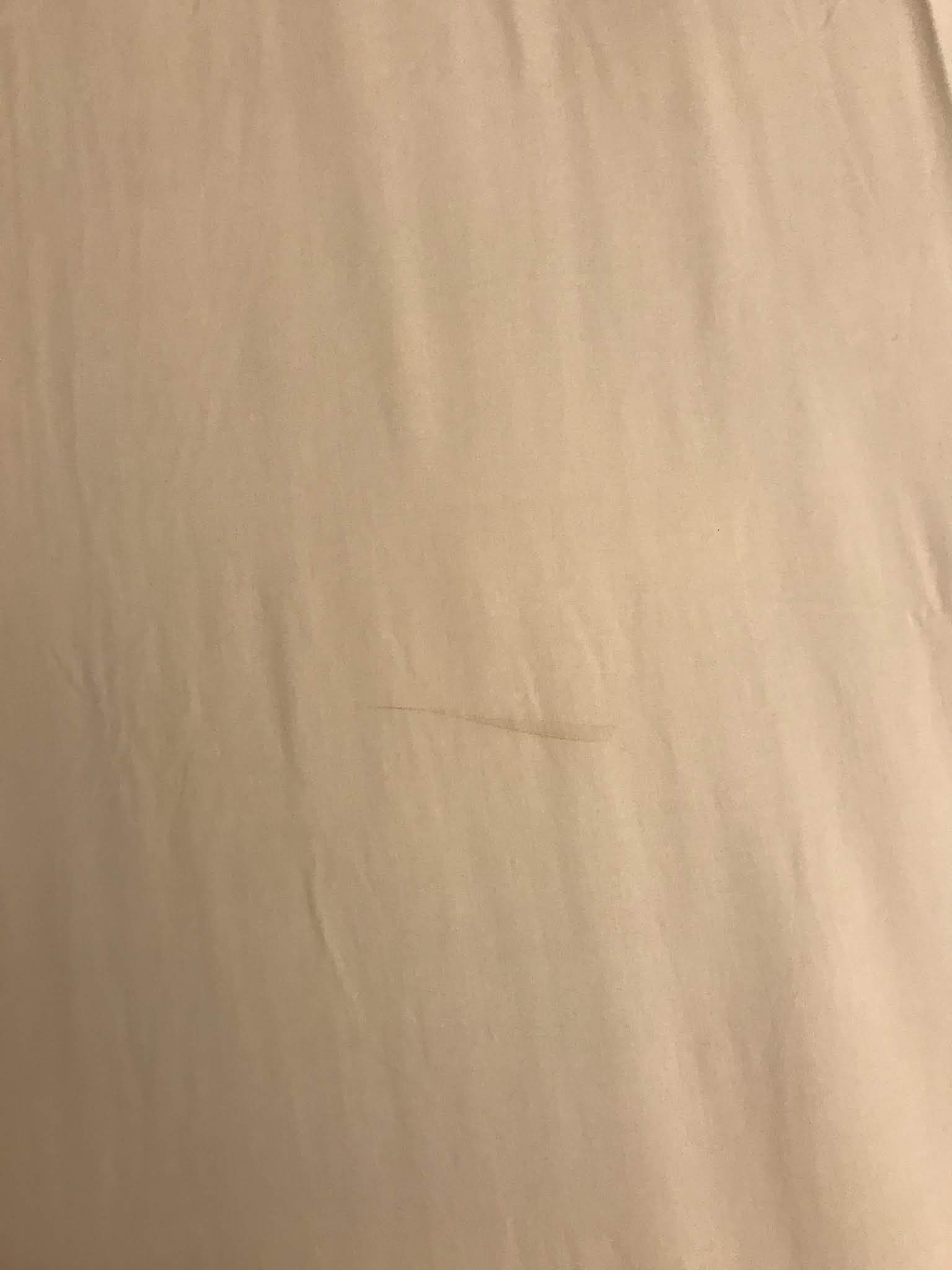 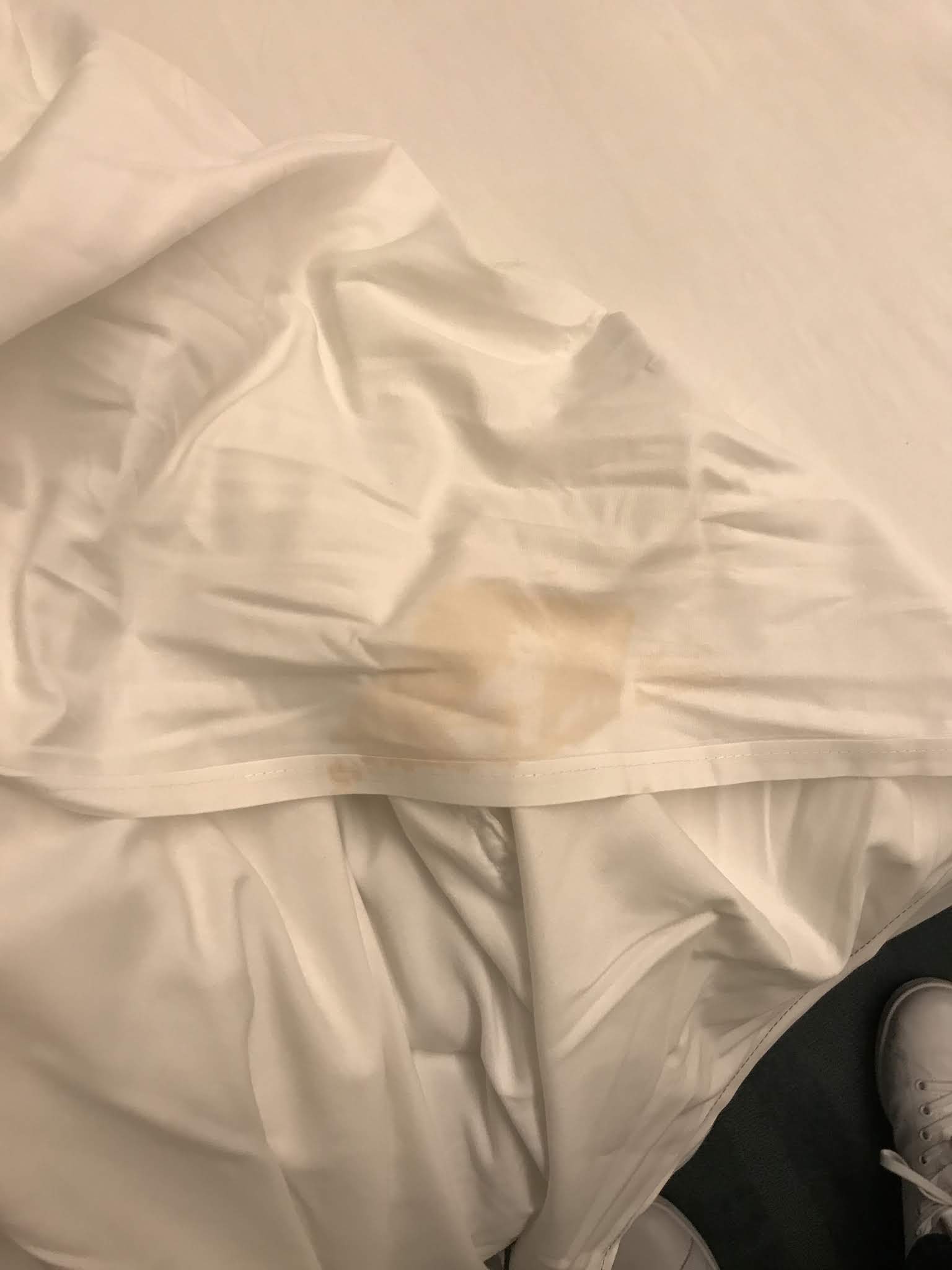 A call down to the front desk saw new sheets and duvet covers brought up about 15 minutes later. 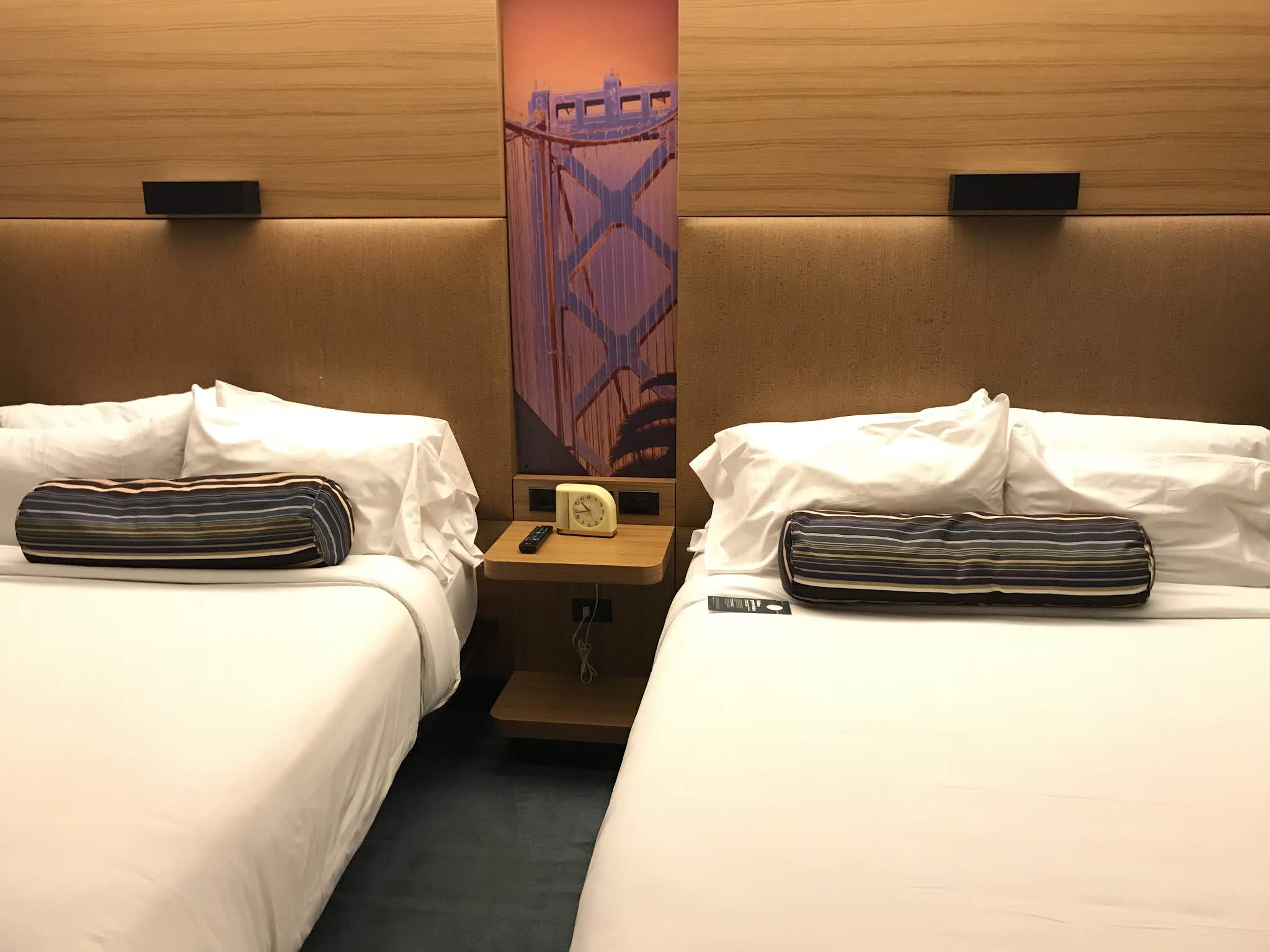 Once the new sheets were on we were able to enjoy our stay thanks the comfortable beds and pillows. And thanks to a shift in the winds at about midnight the planes the active runway right outside of the hotel moved to another so we weren’t bothered with any take off noise overnight. 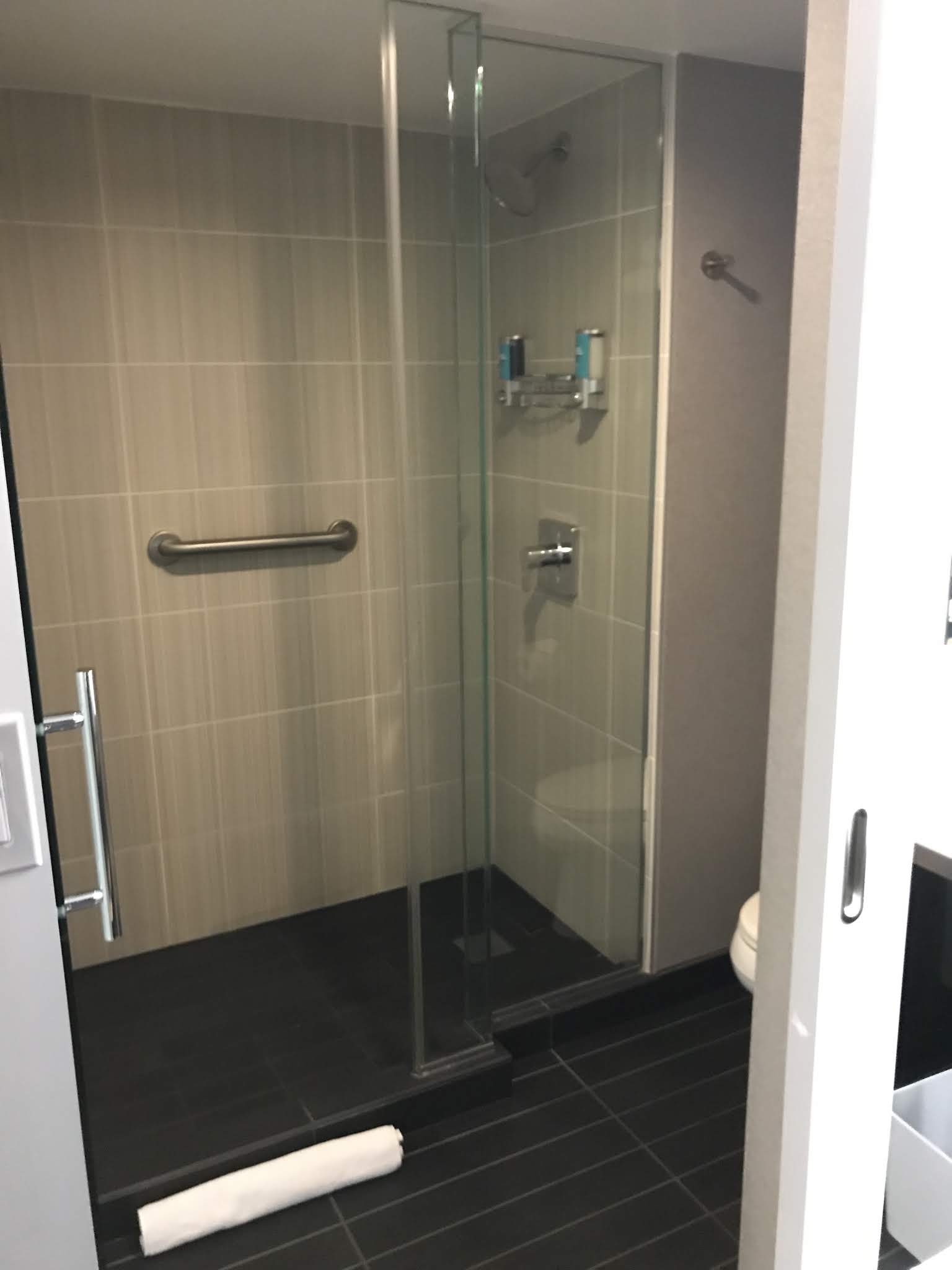 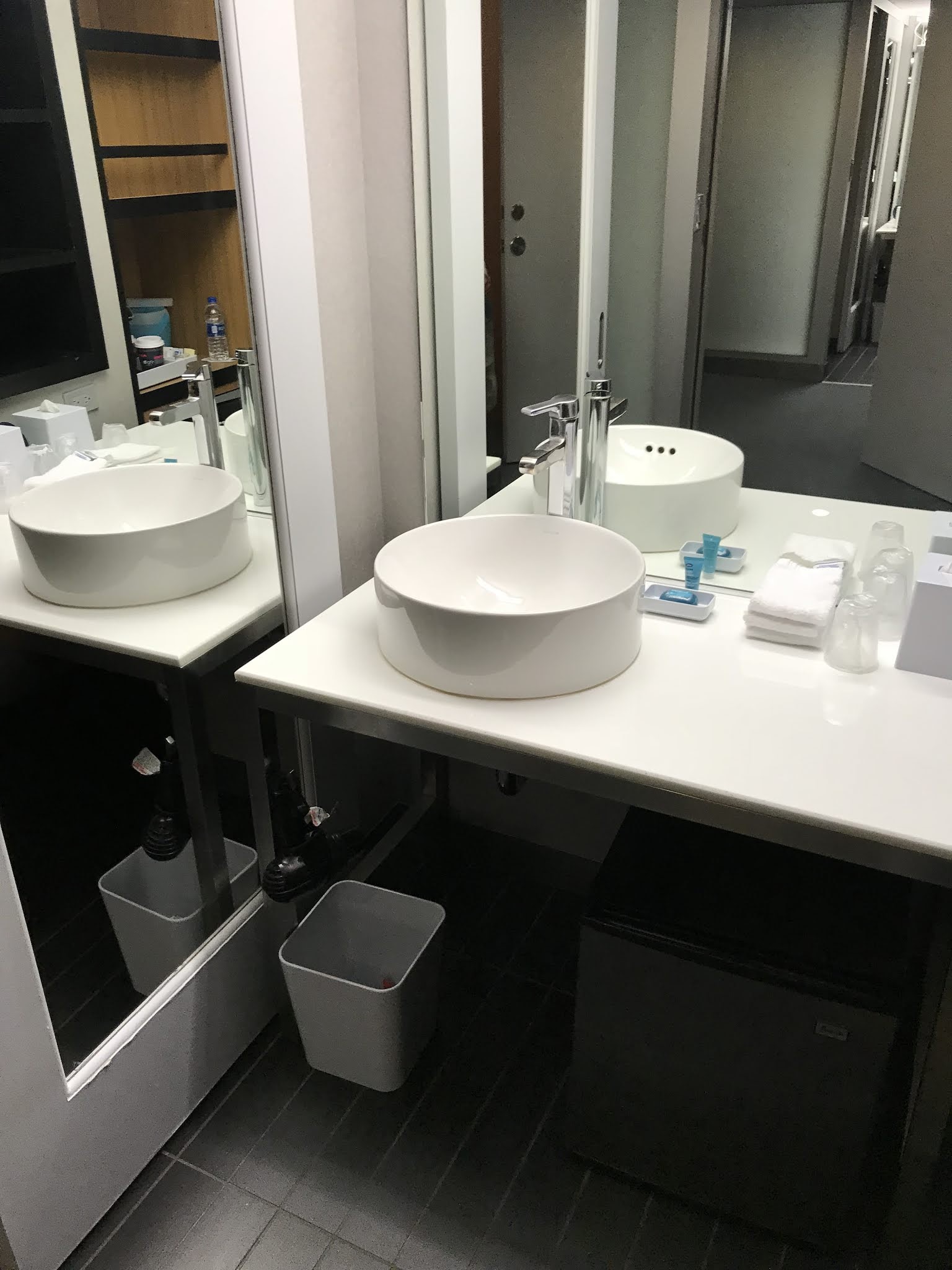 The bathrooms were clean and perfect for the overnight. No tubs, just large showers with good water pressure. Part of the bathroom was set out for a small closet space that had a curtain covering it along with the safe, coffee/tea station and some shelves that could be utilized. 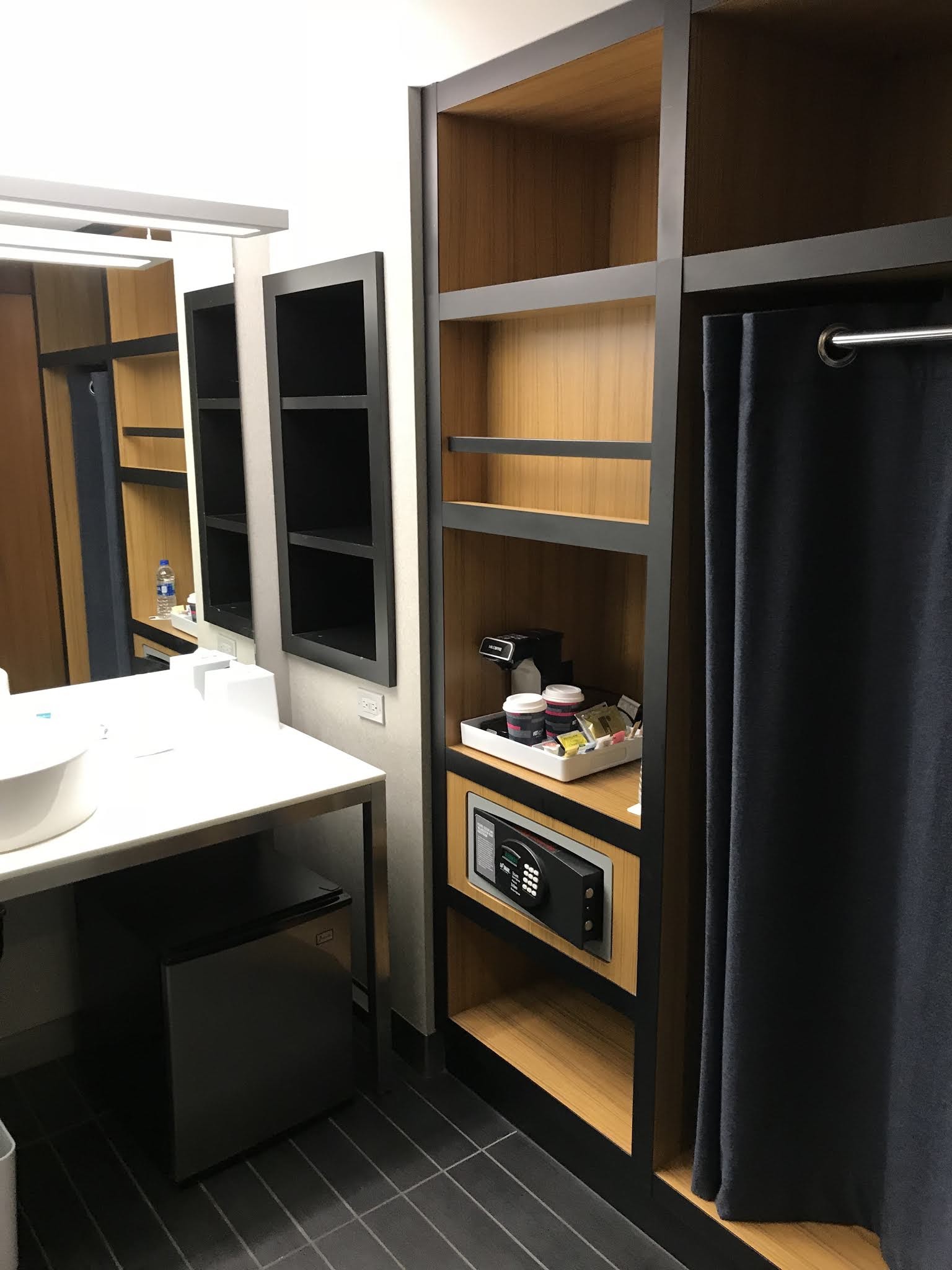 Breakfast was included thanks to the Platinum status and we all tried the Berry’s Portable Breakfast pot – it was really sweet – too sweet even for our teen’s sweet tooth! These pots were part of Marriott’s innovation at the Aloft brand that came early in 2018.

Thanks to Mrs. Rewards Canada being an SPG Platinum member we received 4pm check out for both rooms which worked out great seeing that our flight to Calgary wasn’t until 8pm. This allowed us to go explore downtown SFO for most of the day with the primary destination being the Museum of Ice Cream. 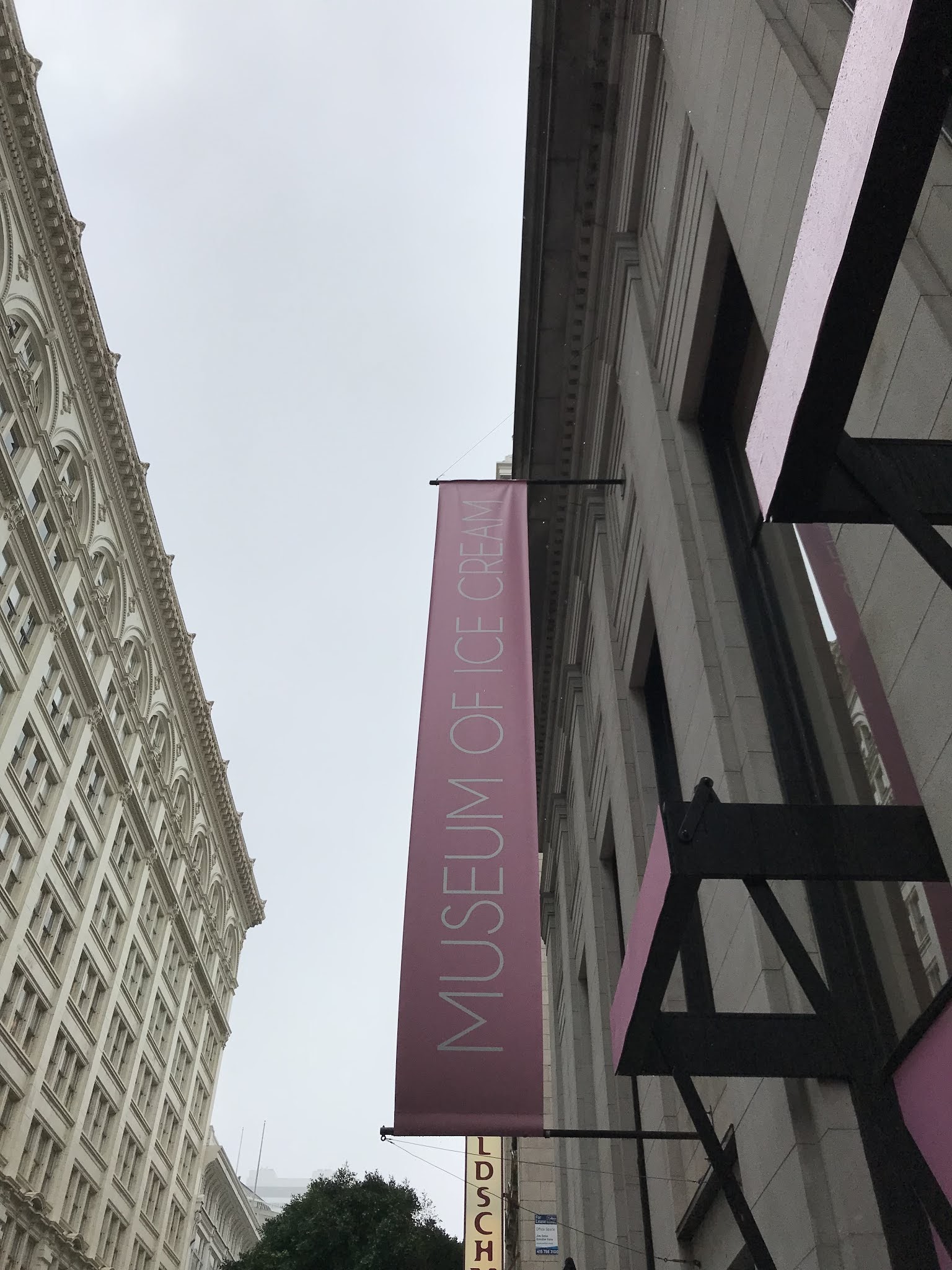 We were having an amazing time downtown and realized that it would be tight to get back to the hotel by 4pm with traffic (using an Uber) so we called the hotel to let them know and they were more than happy to extend check out to 5pm! We eventually made it back just after 4:30 and made sure we were out as quick as possible before the 5pm check out time.

Overall I would pick this hotel over the San Francisco Airport Marriott Waterfront even though it does not have a lounge – it has bigger beds and has a better feel to it. Still, in the four different hotels we have stayed at in San Francisco over the years we have yet to find one that has really wowed us! May have to stay at some of the really fancy ones closer to downtown – not the touristy ones near Fisherman’s Wharf or the so-so ones near the airport.

Talk to us! Have you stayed at the Aloft San Francisco Airport? What are your thoughts of the hotel? Or are you
planning to and looking forward to it? Let us know below!