A couple of weeks ago we posted an Award Availability Alert for Air France KLM Flying Blue’s program. This alert showed you how you can fly from Canada to Europe, Turkey, and North Africa for only 15,000 to 20,000 miles one way in economy class. These redemption amounts represent a nice discount of what you would normally require to redeem for economy class flights. One question that we were asked on numerous occasions was “When will this unpublished discounted offer end” and we finally have an answer for you: It won’t

These redemption options will remain in place indefinitely

“this is not a promotional but rather permanent* set-up in order to align better with the actual value of tickets.”

There you have it. Air France KLM feels this lower redemption rate better matches the value of their transatlantic economy class fares. This is a bit of surprise as their ‘old’ standard redemption rates weren’t so bad to begin with!

The airline also let us know this will be communicated soon to members which should solidify this awesome news.

* They use the terminology permanent however any loyalty program can always change redemption options whenever they like. I believe in the case of Air France, by stating “permanent” they mean these will be the regular/standard starting point for the miles required for economy class redemptions.

Some examples of the new pricing

If you haven’t checked out our Award Availability Alert I would recommend doing so as there are a ton of examples and instructions on how to book these reward flights. I’ll just put a couple of the examples here so you can see: 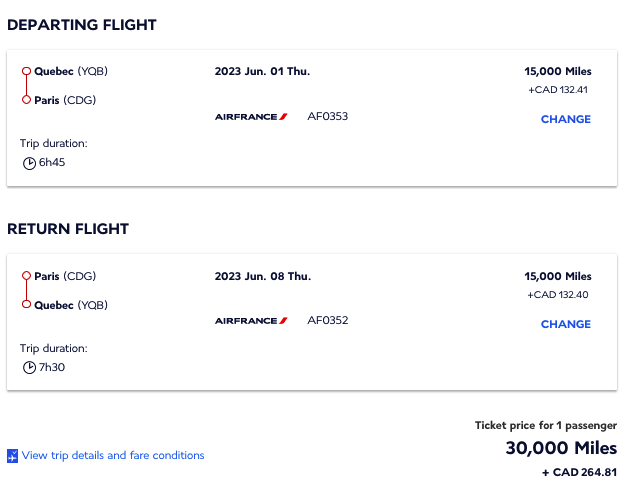 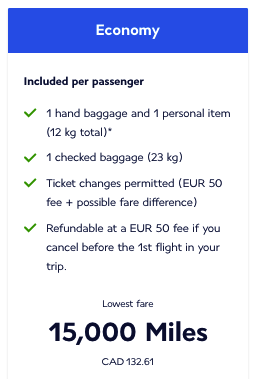 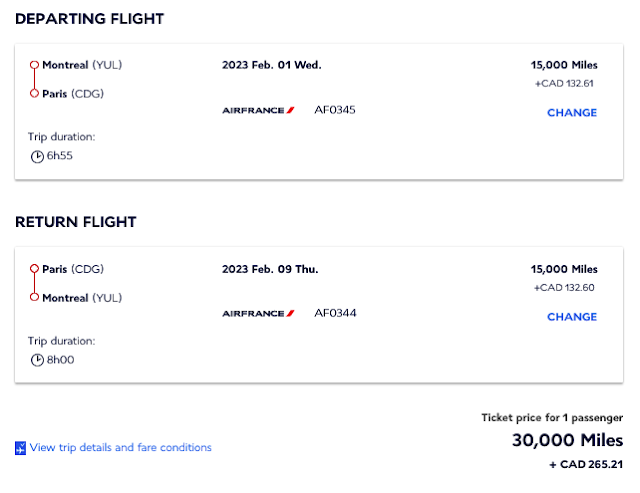 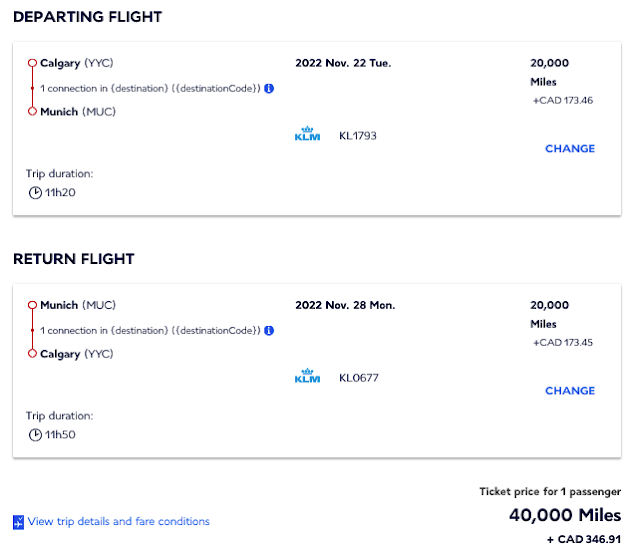 You’ll notice I also put the fare rules in as these award flights included your first checked bag. So while you may think $250-$350 in total fees is high, make sure you are comparing apples to apples. For example Aeroplan may only charge ~$141 in fees on their flights to Paris from Montreal but they also require  70,000 points (versus the 30,000 miles here) and then with Aeroplan you still have to pay $75 each way for bags unless you have an Aeroplan co-brand credit card or hold status.

Flying Blue members, American Express Cardmembers and soon enough Brim Air France KLM cardholders should be extremely happy with this development in the program. Economy Class redemptions between Canada and Europe are the most common redemption for Flying Blue members in Canada and now in many cases those reward flights will cost you less than before. I have done quite a few searches for flights with this pricing and many of them are coming in at over 2 cents per point in value and in fact I found an example of Montreal to Algiers (see below) providing 4.76 cents per mile of value. That’s 4.76 cents for economy class!! Now, the question to ask is: will other airlines follow suit? 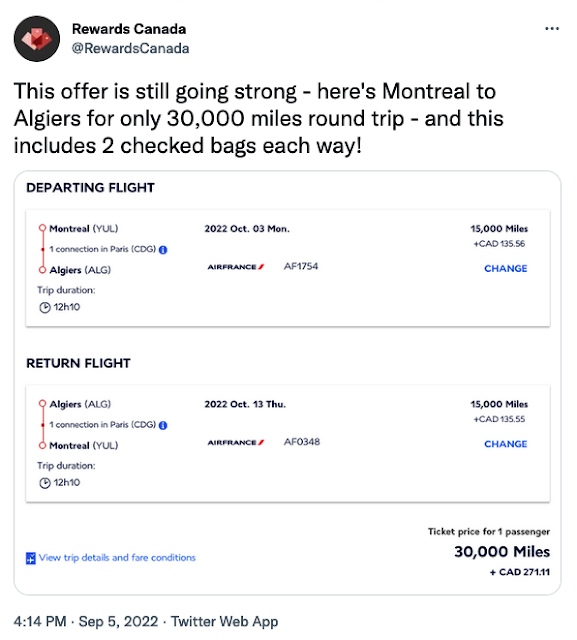 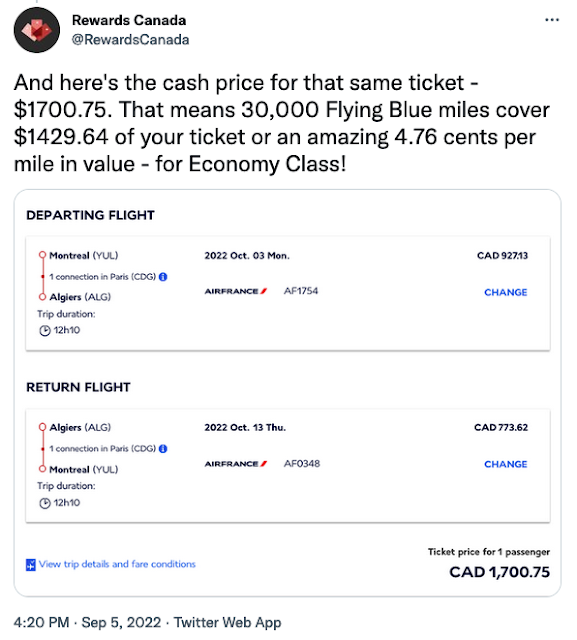