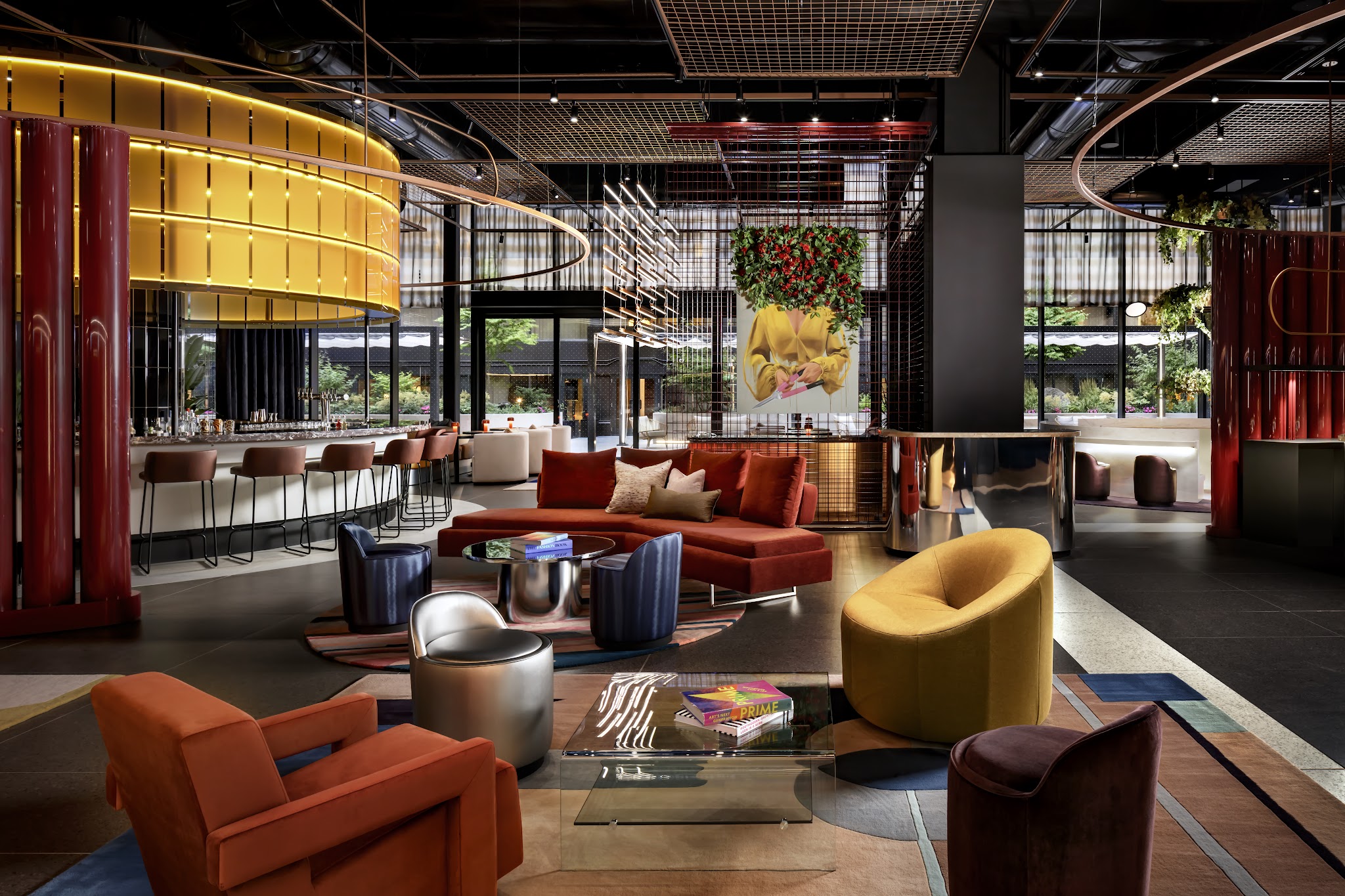 The W Toronto, one of the most anticipated new Marriott Hotels in Canada is officially opening its doors. This is a a hotel that we have had on our list new Marriott Hotel openings in Canada for several years now and after numerous delays primarily owing to the pandemic we are happy to pass along the news of its opening. Marriott sent out an official press release today and while the website shows today as the opening date it appears the hotel will begin welcoming guests as of August 1.

The W Toronto located in the heart of Yorkville at 90 Bloor Street East features 254 guest rooms including 30 suites – two of which are Extreme Wow (Presidential) Suites.

Drawing inspiration from Toronto’s illustrious theater district, guest
room beds are flanked by stage-inspired pendant lights and situated in
front of a sapphire velvet curtain that can be automatically drawn open
or shut. Design touches include curved banquettes, dressing-room style
vanity mirrors, “record-like” tables in honor of Toronto’s musical
legacy and nods to nature, like the abstract floral wallpaper and
mushroom-shaped accent lights. As a playful wink to personal artistic
interpretation, Double Queen Rooms are adorned with wall art that reads “Not everything has to mean something. Some things just are.” by Canadian writer and musician Charles de Lint.

And has three venues for dining out and going for drinks including Public School which is a coffee house, kitchen and bar, Living Room to which Marriott tell us  “Ideal for a solo coffee, casual working lunch, after-work cocktail or late-night revelry,” and Skylight which is the hotel’s  rooftop bar and restaurant

Back when we first started detailing the W Toronto, the Marriott Bonvoy program was still operating with set points amounts for free night awards and this hotel was to be a Category 6 hotel with standard free nights at 50,000 points along with Peak nights at 60,000 and Off-Peak at 40,000. Now that Marriott Bonvoy has moved away from the set pricing model and moved to dynamic pricing model there is no set price per night but in our search for the first month of operation free nights ranged from 42,000 to 58,000 points. So those fall right into the range of the old points pricing.

There are some nights where the points pricing for this new location is great and in fact you can use your Free Night Award from the Marriott Bonvoy™ American Express®* Card and/or the Marriott Bonvoy™ Business American Express® Card along with new Marriott’s new top off feature here. The Free Night Awards are good for up to 35,000 points per night so you could top it off with as little as 7,000 points for that free night: 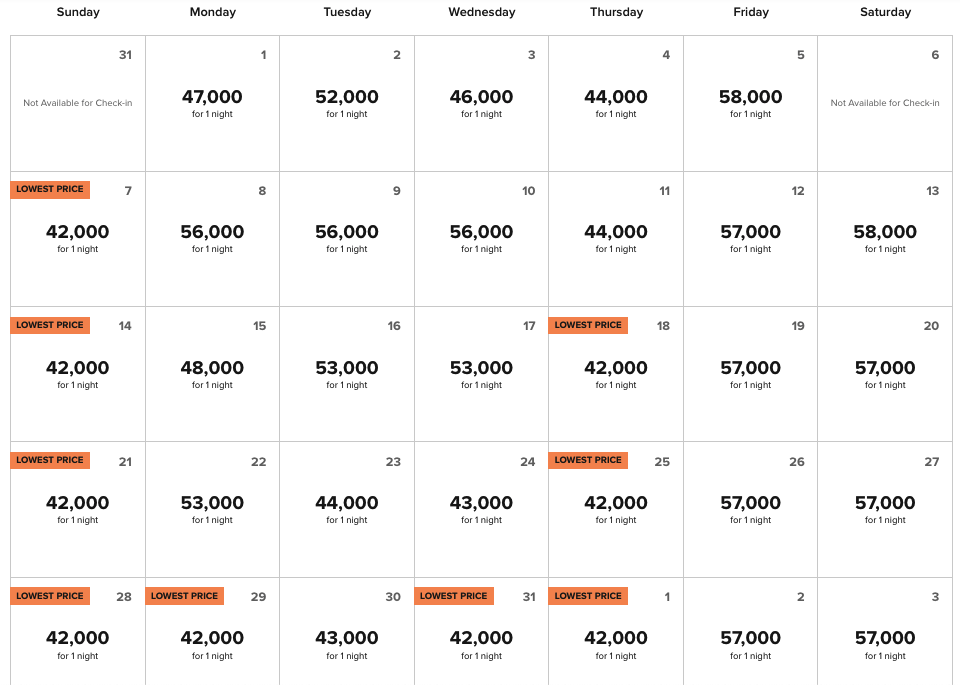 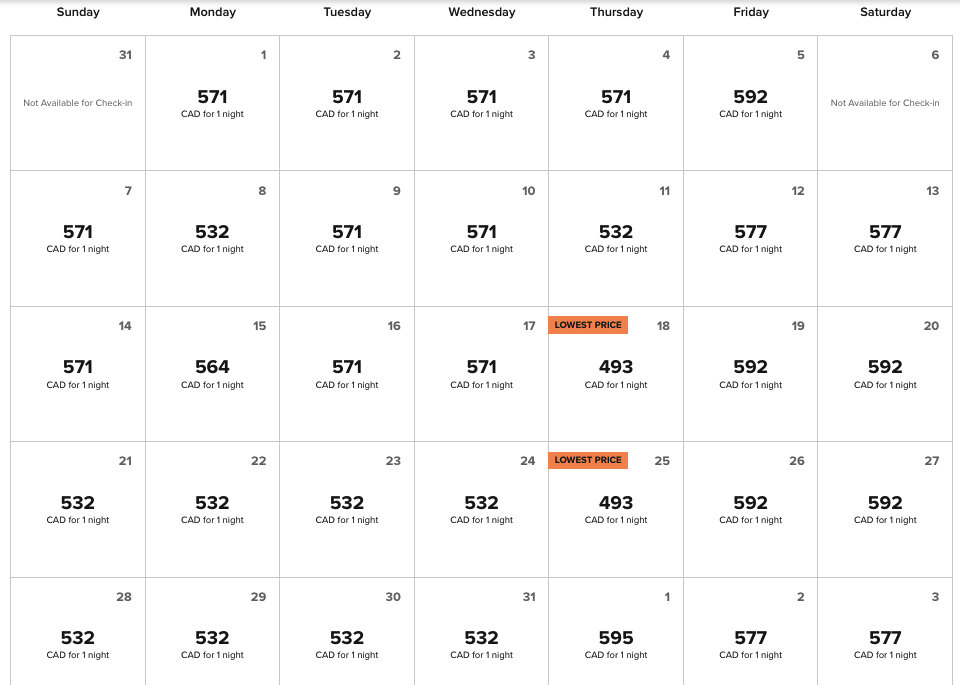 You can see a lot of the nights where the points price is 42,000 points you would be receiving great value for that redemption since there are cash prices as high as $571 before taxes and fees!

Toronto’s newest luxury hotel is finally opening its doors! The W Toronto marks a great new addition to the Marriott family of hotels in the city and is primed to be a destination of choice for Marriott Bonvoy members. With free nights easily achievable with points or a combination of points+free night awards you can bet it is going to be popular.