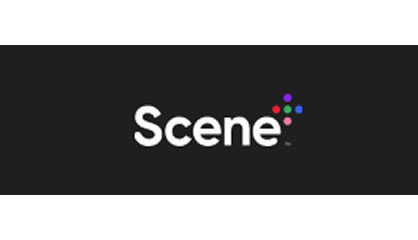 The foundation of the Scene+ program (nee Cineplex Scene) ever since its inception in 2007 was to be able to earn points that you could redeem for free movies. That fundamental premise of the program abruptly came to an end this week after what appears to be an unannounced change from Cineplex. In the last few days or so Cineplex has started charging an online booking fee for ordering tickets on their website or via their app. This fee is also being charged on tickets that you redeem Scene+ points for!

This news was first brought to our attention by our Twitter follower Phil M. earlier today:

@RewardsCanada You might be interested to know that @CineplexMovies new $1.50 online booking fee applies when redeeming Scene Points for tickets. Of course, they didn’t publicize this move anywhere before it went live. Maybe they know it’s a terrible idea…?

A further Google search didn’t reveal too much, at least no news directly from Cineplex or Scene+. There is however a thread on Red Flag Deals that was started a day or so ago on this topic.

The online booking fees for tickets are as follows:

You’ll notice these fees are non-refundable as well! So while it has always been relatively easy to get movies refunded by Cineplex and should still be they are going to make a little bit of money off you whether you go to the movie or not.

The notion of service fees or booking fees isn’t new – we see them everywhere these days. Buying concert tickets? It’ll cost you an arm and leg with all the extra fees. Fees and surcharges on flights? Can also cost you an arm and a leg! Hotel Resort and Destination Fees? Again a drain on the wallet. And now,  buying movie tickets will cost you. Sure it doesn’t seem like a lot at $1 or $1.50 but that amounts to over a 15% surcharge on a $9.50 children’s ticket! That’s a huge fee when you look at the big picture!

And then to charge this fee to your loyalty program members who have put the time and effort into collecting those points and being loyal to your brands? That just doesn’t sit right especially for the self service booking option that has helped this cinema chain cut costs by reducing the number of front end staff they require.

Over the past few days Cineplex has added a booking fee when you buy movie tickets online via their website or their mobile app. This fee is also being charged to Scene+ members when they redeem their points for what used to be known as a free movie. Perhaps this is Cineplex’s way of making up for lost revenue from being 50% owners of the Scene+ program to 33% owners after Empire came in earlier this month. What can I say, it sure has been a roller coaster ride with Scene+ since their launch in late 2021. From a low point of having to delay the launch, to a high when they launched and rushing back to a long running low with all their technical issues and then making their way back up by adding Sobeys and the other Empire stores and now we are going back down the hill with this news!