Here’s your Rewards Canada Daily update! Your near daily dose of
loyalty program, credit card and travel news, bonuses, deals and more.
Today’s update is brought to you by the Scotiaank Gold American Express Card which you can earn up to 45,000 bonus Scene+ Rewards points in your first year with (that’s up to $450 towards travel) Click here to learn more about this offer 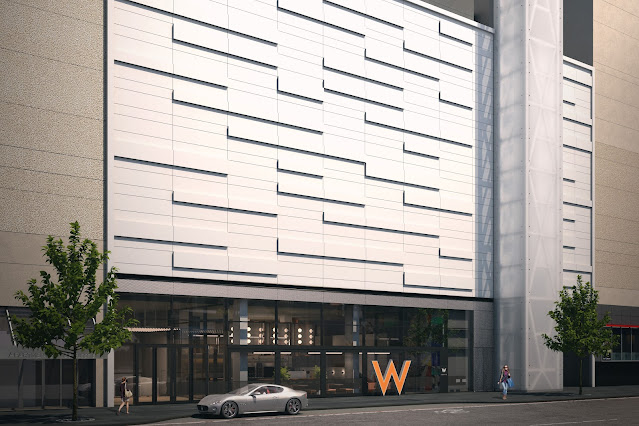 It’s hard to believe it has been almost six months since we posted
our series on new hotel openings in Canada! We did a sweep of the new Marriott
openings as a few of the locations were supposed to be opening right
around now. As is the case with many new hotels however those dates have
been pushed back slightly but it does look like we have firm dates in
place now for four of the six new locations! North Bay’s Fairfield Inn
& Suites is actually set to open tomorrow (June 30) while Marriott
looks to have a trio of openings in late July with the W Toronto finally
opening its doors and Calgary’s The Dorian and Courtyard Downtown (Both
occupy the same high rise) also opening. Click here to learn more!

As I completed the Platinum Card from American Express review earlier this week I had found out there have been some changes
in the partners in the card’s International Airline Program. Last time I
had checked was in 2019 and now when reviewing it 2022 I can see that the
IAP has re-added Air Canada and removed Emirates. All other airlines remain
the same including Alitalia which really should be pulled off the list
seeing as they aren’t around anymore. Click here to learn more. Earlier in the year we passed along the news that Alaska Airlines and Air Tahiti Nui were
partnering and this included Air Tahiti Nui becoming a partner of
Alaska’s Mileage Plan program. When the partnership was announced they
only offered mileage earning on Air Tahiti Nui flights but now as of
yesterday you can redeem Mileage Plan miles on the French Polynesian
Airlines and the redemption rates are quite good! The miles required
each way for travel out of Canada to the South Pacific are as follows:

Posts since our last update:

Singapore Airlines: Fly round trip between Vancouver and Singapore from C$1,046. Valid for travel until Oct 29, 22. Click here to book this offer.

– Finnair will provide a status match to elite members of SAS
EuroBonus, Air France KLM Flying Blue or Miles & More who book a
direct flight from Stockholm Arlanda to New York or Los Angeles operated
by Finnair. Book by Jul 7 for travel until Oct 31, 22. More…

– Denver 2,000 Bonus Bonvoy Points and a $25 Credit to
Sonoma’z Grill at the Denver Marriott South at Park Meadows. Valid for
stays until Aug 7, 22 More…