The wait is finally over. The refreshed and revamped IHG Hotels & Resorts loyalty program is here. Now branded as IHG One Rewards, the program that has had a quite few names through its history is upping its game for those who stay frequently at the chain’s 6,000 hotels worldwide. The first update to the program was revealed this past January and that provided a peek at the changes to the elite status tiers which included some name changes and the addition of one more tier. Today, the rest of the new program was revealed and included such things as more benefits for elite members and milestone rewards.

The focus of the new program is making it more appealing to frequent guests and having them choose or stay with the brand more often. Prior to today’s announcement IHG Rewards was well known for not offering much in terms of benefits and extras for their elite members, the core of the program was really just earning and redeeming points. There really wasn’t much comparison between IHG Rewards elite benefits and those seen from programs like Hilton Honors, Marriott Bonvoy and World of Hyatt. IHG realized this and in a move that goes in the opposite direction of what most loyalty programs have done over the past few years, they have made the program better. 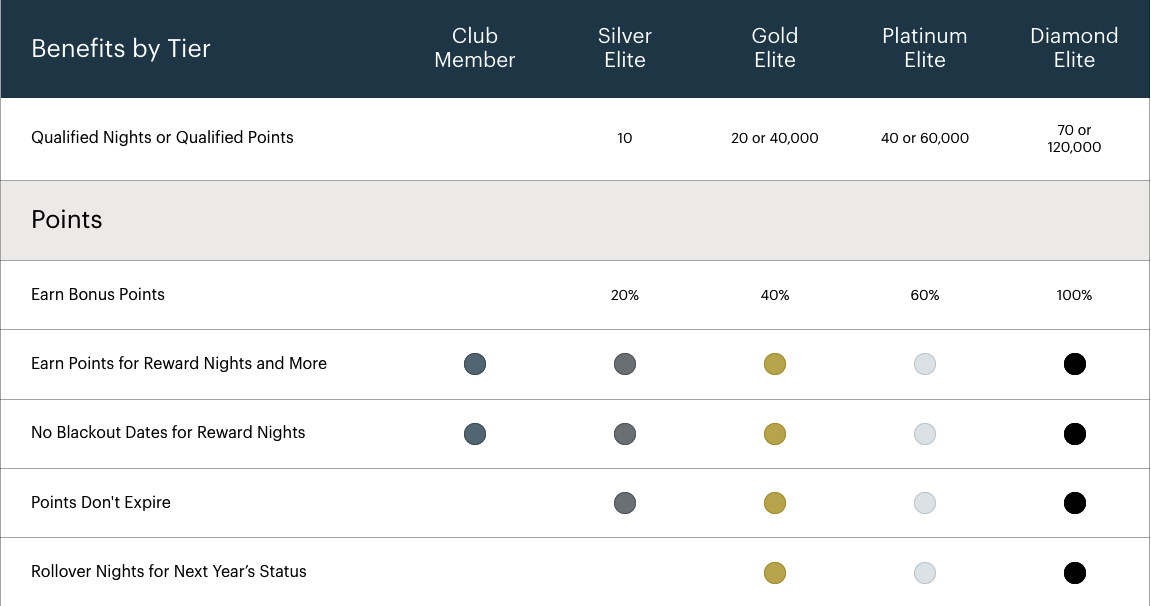 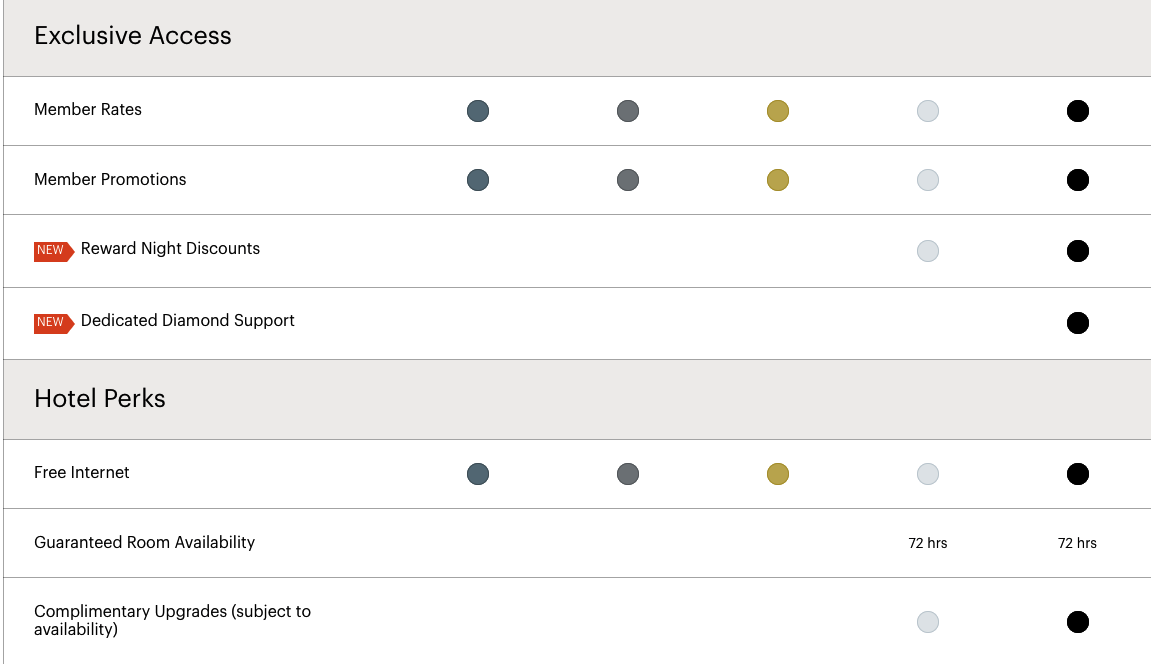 The program now provides extra benefits for elite members, primarily those in the top two tiers of Platinum and Diamond.

Diamond members will also receive the same as the Platinum members but also receive a dedicated support line and an additional option for the welcome amenity at check in, Free Breakfast. That Free Breakfast option is a big one as it actually provides daily free hot breakfast for two! There are a few exceptions to it as some locations don’t provide breakfast but for the most is pretty wide ranging.

IHG also stated there will more opportunities for elite members to receive early check in, late check out and room upgrades to suites or another premium room type for Platinum and Diamond Elite members.

The new IHG One Rewards program now offers Milestone Rewards which members will receive once they stay 20 nights in a calendar year and then every 10 nights after that. At the 40 and 70 night level there are also bonus choices:

20 Nights
You can choose one of the following: 5,000 Bonus Points, 2 Food & Beverage Rewards, 1 Confirmable Suite Upgrade

30 Nights
You can choose one of the following: 5,000 Bonus Points, 2 Food & Beverage Rewards

This is probably the best part of the new program as it really give members a sense of value for staying with the IHG brands on so many nights. I know many road warriors hitting the small towns in Canada and the U.S. like Rewards Canada’s Bill W. are probably very excited to see these as they will now be rewarded for that loyalty! Confirmed suite upgrades are great as they work on stays of up to 5 nights length! The food & beverage rewards are great as well – the latter are worth $20 each so that’s a good value! Then you have those 40 and 70 night additional rewards – I’m guessing most people will pick the confirmed suite upgrade unless you do like to stay at the higher end IHG Hotels (not many of which are in Canada) and can make use of that annual lounge membership.

IHG Hotels & Resorts revealed their new and updated IHG One Rewards which lifts the program up to the ranks of many of its competitors in terms of benefits and extras given to their elite members. The program  has definitely taken a step in the right direction for its elite members! While some benefits like upgrades still aren’t guaranteed apparently IHG corporate will be educating and making a push to the individual hotels to provide these more than they did before. As mentioned the new tier and bonus points structure will start right away while the rest of the changes and additions like the Milestone Rewards should be in place by June.

Click here to learn more about the new program.