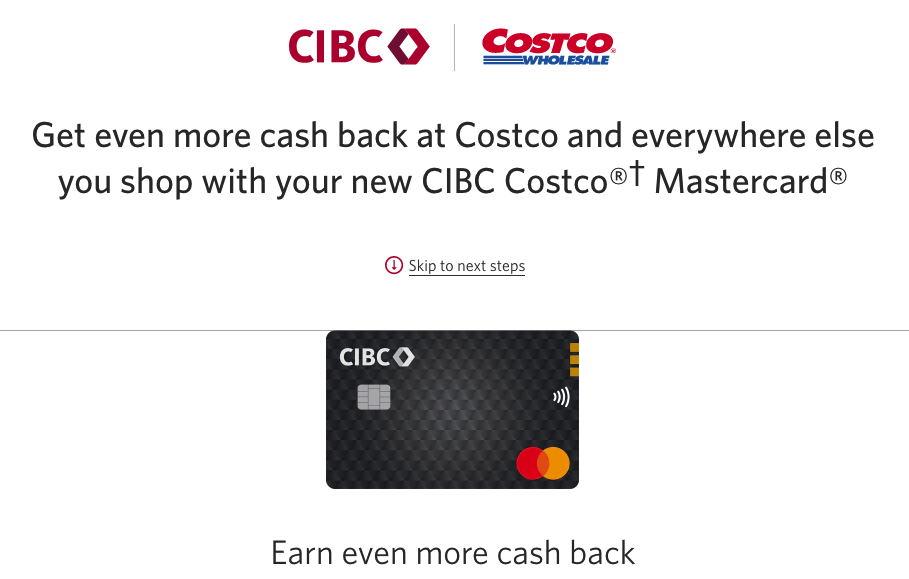 The first step in Costco Canada transitioning to CIBC from Capital One was completed on March 4. All Capital One Mastercard for Costco members were officially transferred over to the new CIBC Costco Mastercard. The new partnership between CIBC
and Costco Canada was first announced in September 2021 and for the time being the new card is not open to new applicants but it should become available later this month. Members will continue to use their Capital One issued cards until CIBC sends out new cards to them.

If you are unfamiliar with the new CIBC Costco Mastercard it continues to be a no annual fee cash back rewards card and earns cash back as follows:

The
2% back for online Costco purchases is a new earn rate the old Capital
One card did not have as is the 3% back at Costco Gas. The 2% for
non-Costco gas stations is the same as the old Capital One card
however now you’ll note that CIBC has a put an annul cap on the gas
category, something the Capital One card did not have. The 3% back for
restaurants is the same across the old and new cards and CIBC’s 1% back
on all other purchases is better than the Capital One’s 0.5% up to the
$3,000.

💳 Rwrds Reminder: Top 5 Mastercard Cards to use at Costco 💳

On
the benefits side the new CIBC Costco card sees those thinned out. CIBC
is adding mobile device insurance to the card however it will not have
price protection, common carrier travel insurance, car rental CDW
coverage, and baggage delay coverage like the Capital One card provided.

Existing cardholders can receive a $20 welcome bonus from CIBC when they receive their new card from the bank, which should happen by August 31, 2022. To earn the bonus simplym ake a purchase with your newly activated card and  register with the CIBC Mobile Banking App or CIBC Online Banking. This offer is in place until December 31, 22. The $20 bonus will be awarded as a statement credit.

The
new CIBC Costco Mastercard comes with a better cash back earn rate than
its predecessor but only if you shop online at Costco.ca. If you do shop online you
can realize up to an extra $160 a year in cash back, that’s big. So you could just buy Costco Gift Cards online and then use them in store. Also
the additional 1% for Costco gas station purchases is a nice little
boost and can add up to an extra $50 cash back annually based on the
$5,000 cap and if you spend that all at Costco gas. Where the card comes
up short now is on the benefits section, it provides mobile device
insurance, purchase protection and extended warranty. Gone are the rest
of the insurance coverage seen on the Capital One cards – it doesn’t
even provide car rental CDW coverage which is surprising. I think for
most people who had the Capital One Costco card they’ll be happy with the
new one as they can potentially earn more cash back but some will not
be happy with the pull back on the benefits side. What do you think? Let
us know in the comments section below!