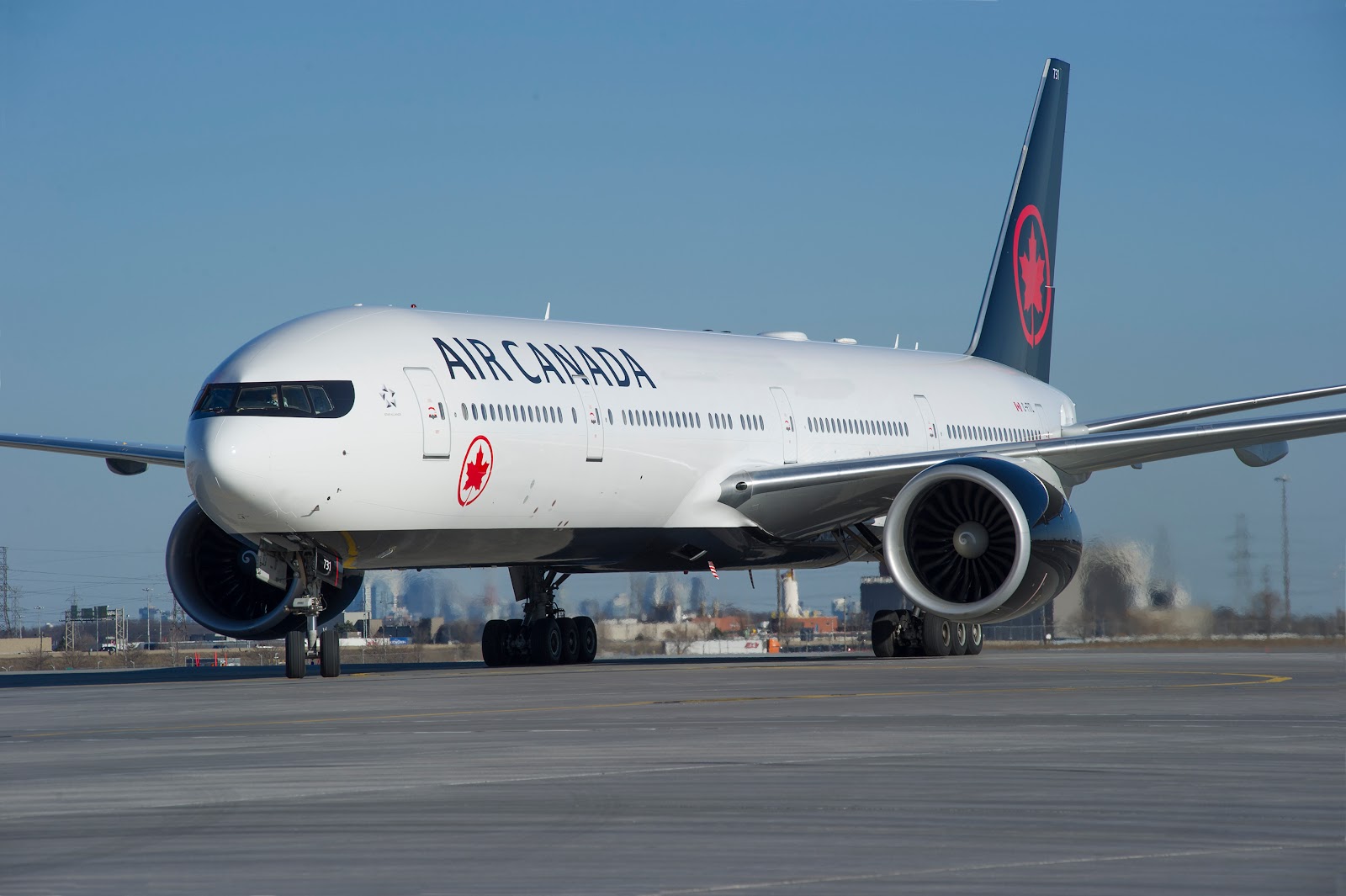 Today we are pleased to present the latest Rewards Canada Flight Review! This review is provided by Dee who has contributed
to Rewards Canada in past with the articles  A look at the great value provided with the Annual Worldwide Companion Pass from Aeroplan’s Ultra Premium Credit Cards and Earning Stories: An elite status boost and nearly 20,000 bonus points thanks to Aeroplan’s credit card promos and more.


I recently had the pleasure of flying from Vancouver to Toronto with Air Canada as my work had me heading out for the first time in two years. For this flight I used four of my eUpgrade credits to upgrade from Premium Economy to Business Class. The eUpgrades I have are part of the yearly benefits for being an Air Canada Aeroplan elite member.

Air Canada’s Priority Check-in area for business class and elite members was somewhat busy on this morning with roughly a dozen people waiting to check in for their flights. However, going through security was a breeze as business class and elite status members get the luxury of going through a priority security line at YVR. In the end it took me less than 5 minutes to get through and I was off to the Maple Leaf Lounge.

My flight to Toronto was operated with a Boeing 777-300 and selected seat 6K as I prefer to be near the back instead of the front. The business class seats are lie-flat seats in pods. Air Canada provides a cleaning kit for each passenger to sanitize their seating area. In addition, standard business class pillows, blankets and comforter were provided for use on this flight.

The experience in business class was welcoming, the Service Director introduced herself to everyone and shortly after the Flight Attendant took the cabin’s meal orders before departure. Even though it has been two years since I have flown it doesn’t seem like Air Canada’s menu has changed in that time! 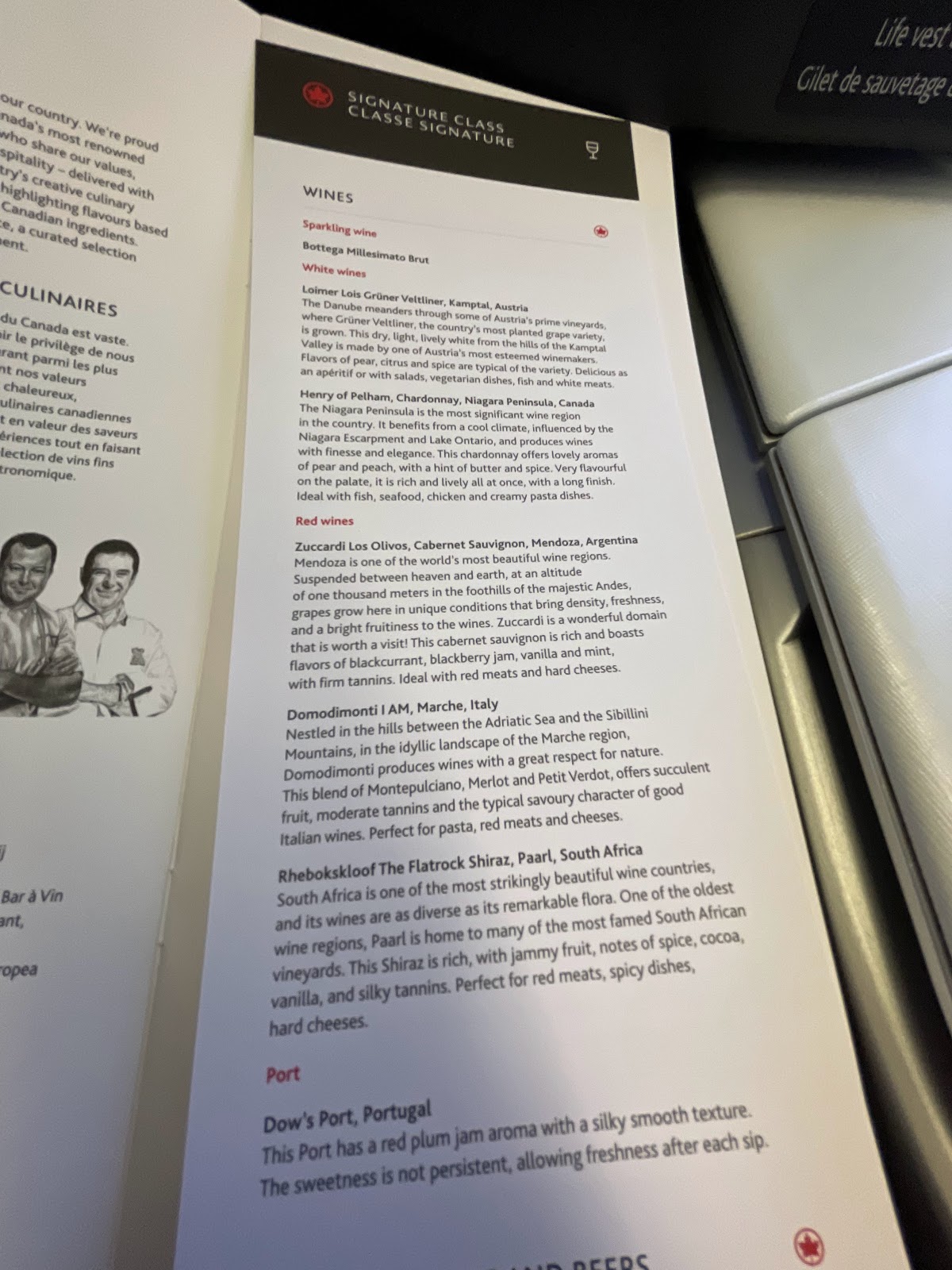 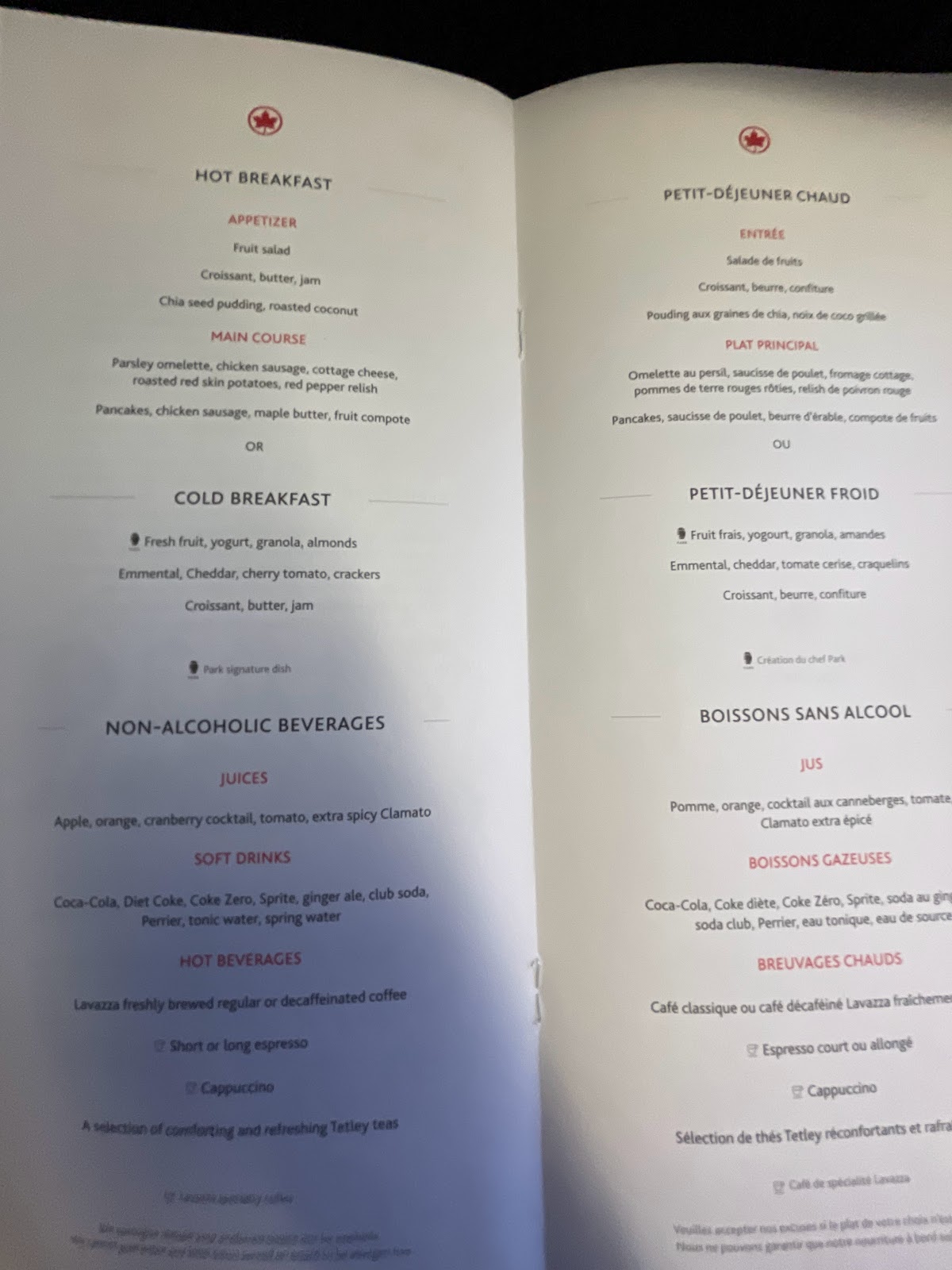 I ordered the omelette and was served roughly 40 minutes into the flight, at the same time drink service was coming down the aisle.

The meal came with the omelette, potatoes, sausage, and a croissant. Overall, the meal was good. I enjoyed the omelette and potatoes. The croissant  on the other wasn’t fresh, and the butter spread was hard.

Halfway through the flight, the Flight Attendant gave out snacks, this included Miss Vickies chips and a Lindt chocolate bar. 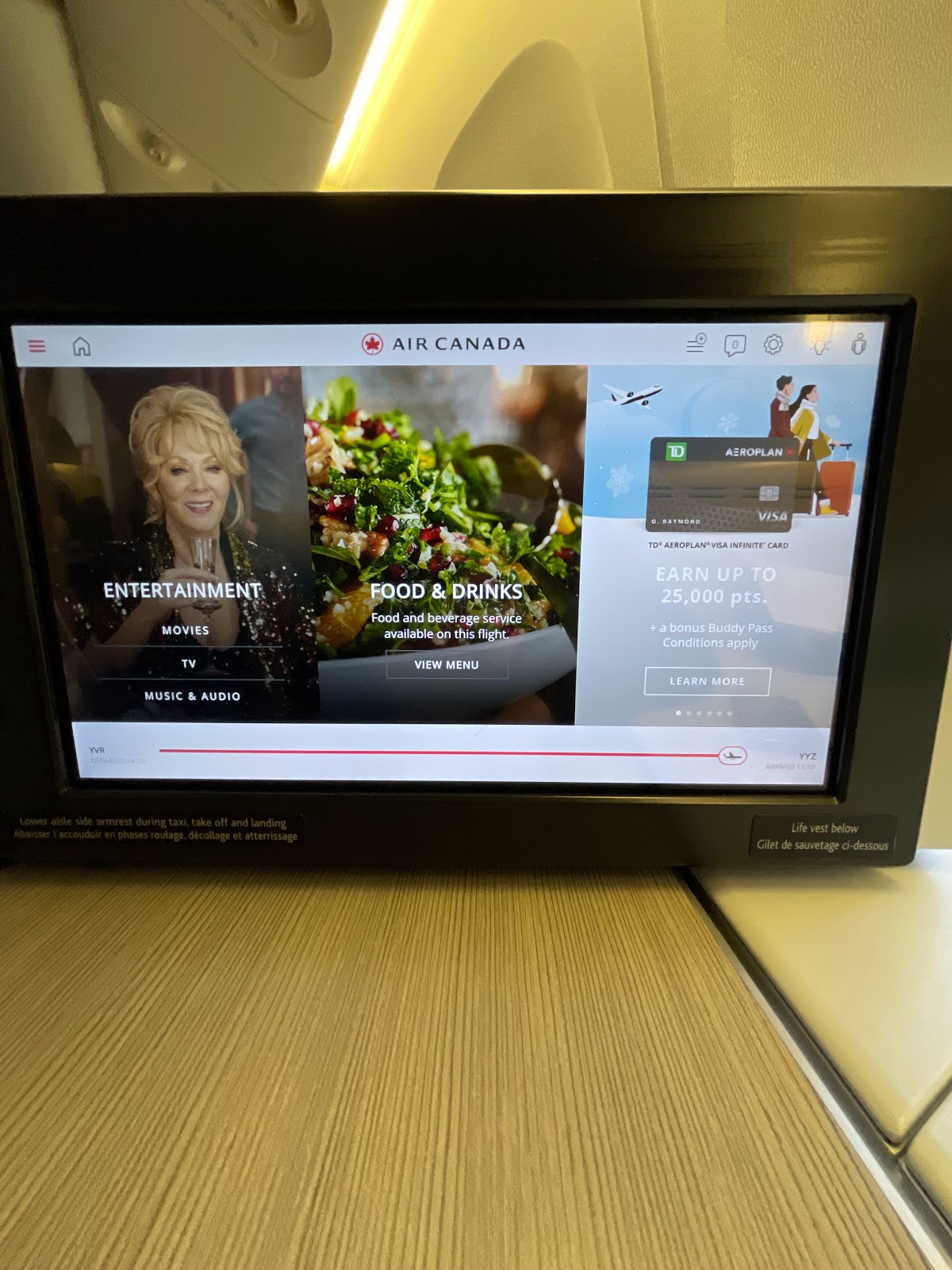 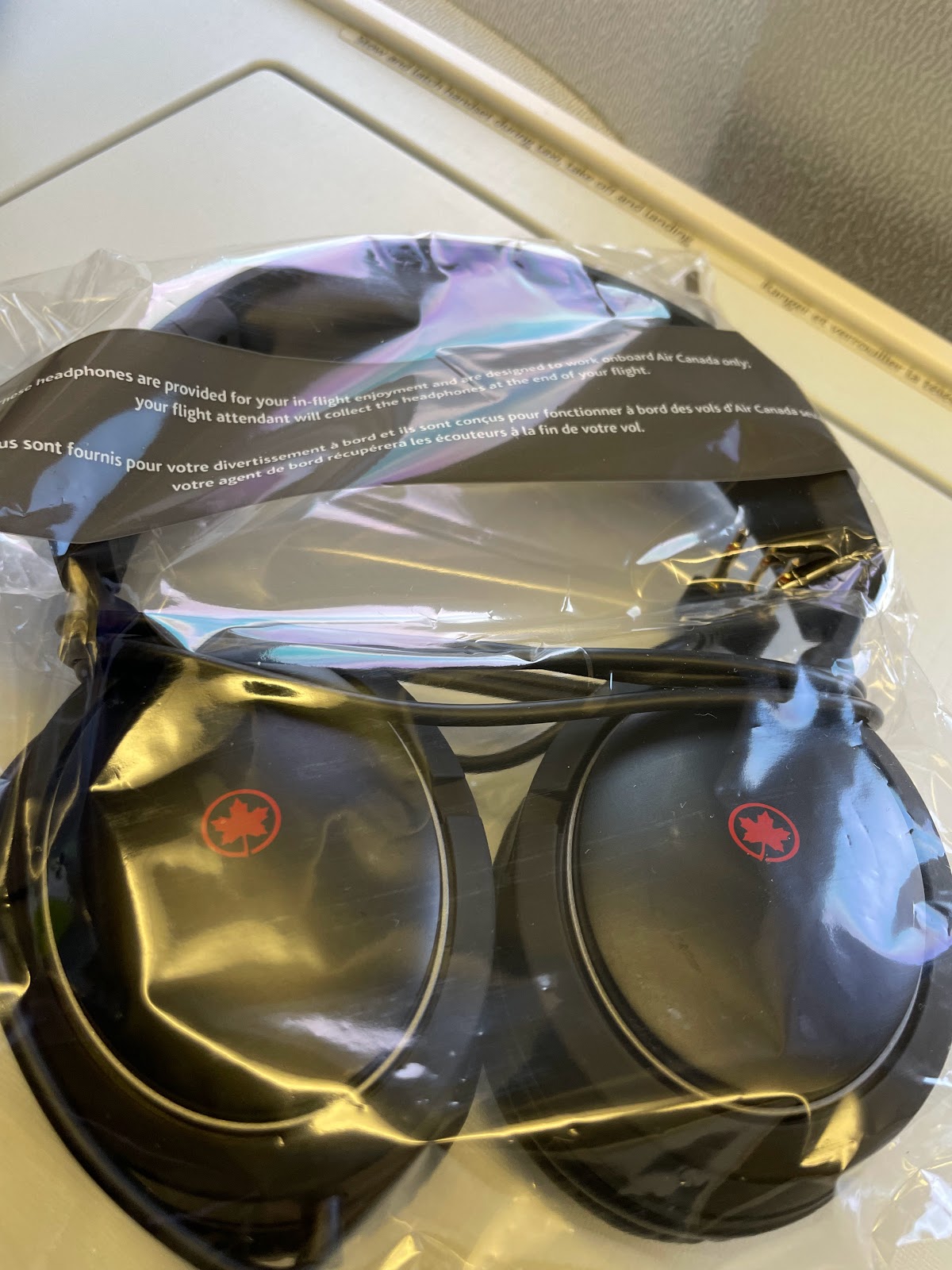 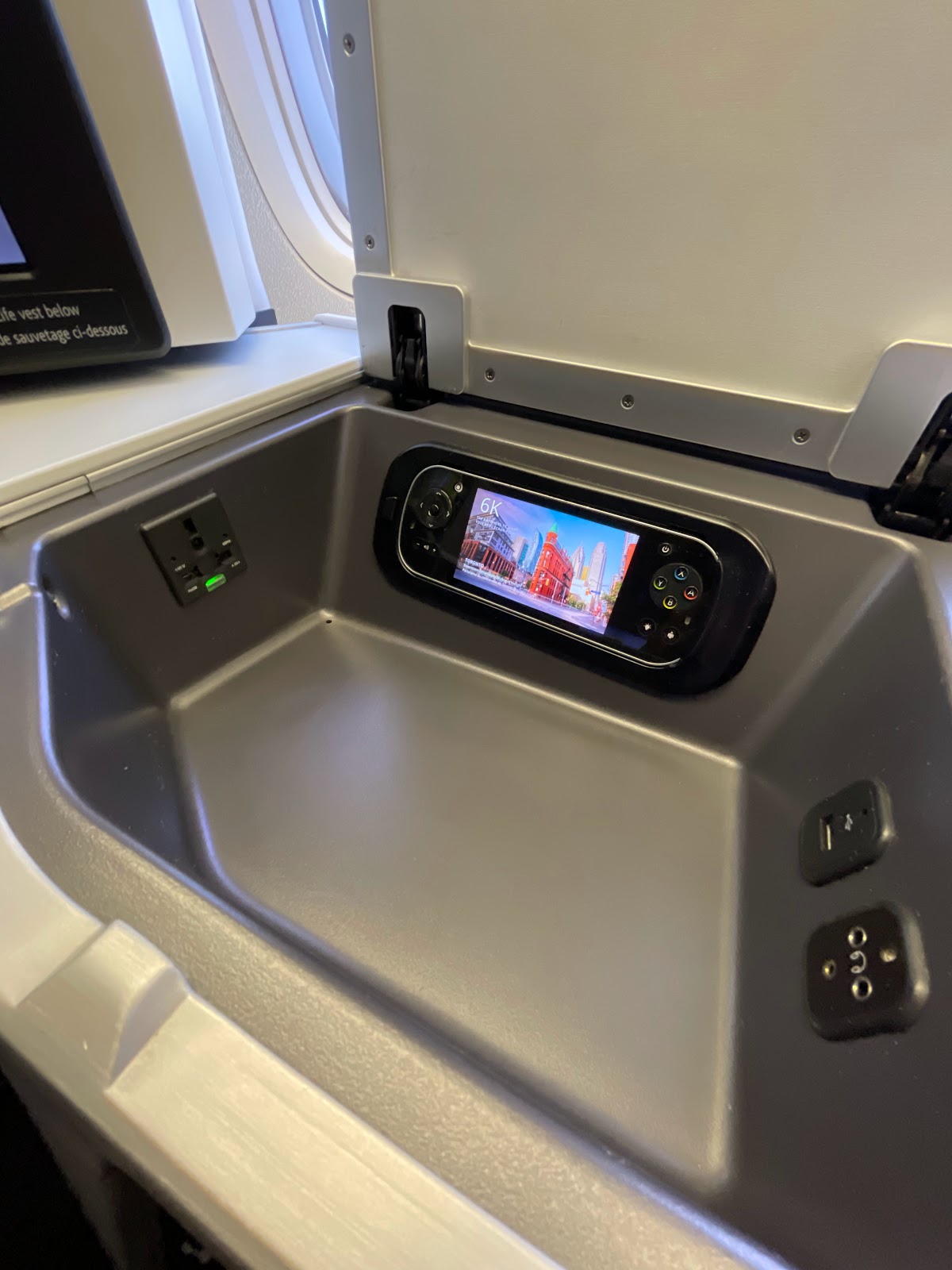 There is more than enough entertainment including movies to keep you entertained throughout a 4+ hours flight between Vancouver and Toronto. In Business Class, Air Canada provides complimentary over the ear headsets for you to use which are then collected by cabin staff approximately 20 minutes before landing. 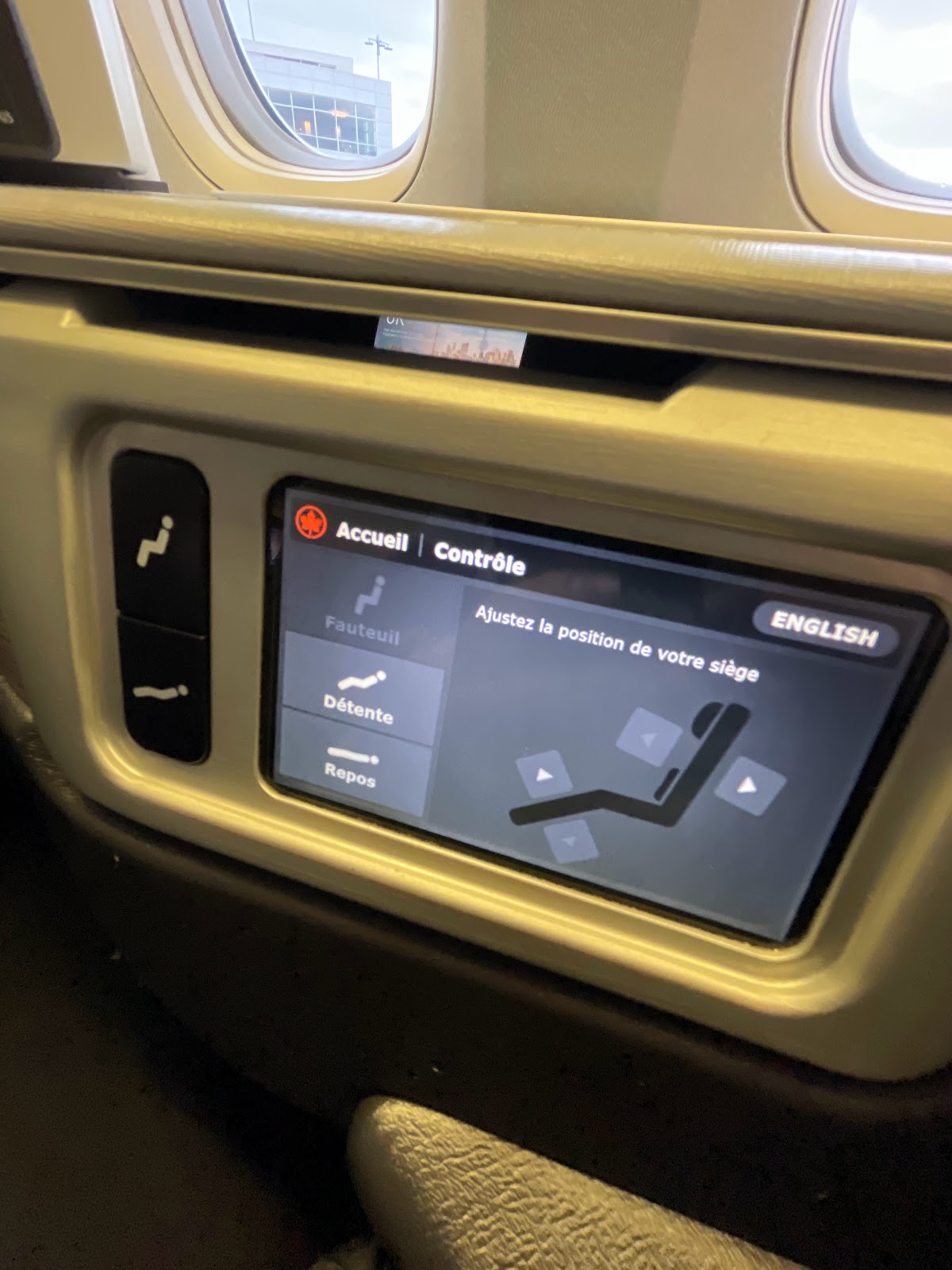 Overall,  I must say it was a good flight! As I haven’t travelled in over two years it was great to experience Air Canada Business Class once again. The way things are lining up I should be looking forward to a lot more flying more this year and hopefully most of those flights will continue to be in Business Class.

Title image via Air Canada / All other images Dee N.