March 29 Update: The switch to dynamic pricing will take place late on March 29 so you still have a small window here to make any bookings! 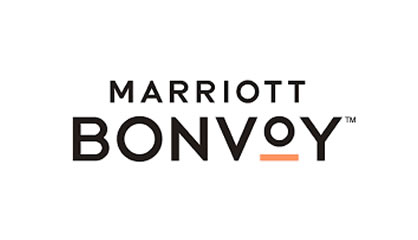 Back in October Marriott announced they were moving their Bonvoy program to dynamic award pricing from the long standing award chart model and that those changes would take place in March. It was revealed in February the dynamic pricing will take effect over the course of two days on March 29 and 30 which makes today the last day to book with set award chart pricing.

Most of the details of the move to the dynamic pricing we have known since the original announcement in 2021. That is, for 2022, 97% of the chain’s hotel points pricing would remain in the range of their respective Off-Peak to Standard to Peak pricing. However for 2023 and after that would no longer be the case and pricing could literally be whatever they want it to be. What we didn’t know is the 3% of hotels that Marriott would be pricing differently right away here in 2022. Now we do with today’s announcement.

Marriott has provided a list of 200 hotels (PDF of the hotels via VFTW) that will be moving in points price and those that are moving will be going up anywhere from 5,000 to 30,000 points more. Here in Canada the only hotel on the list is the JW Marriott Parq Vancouver which will see its minimum and maximum points price increasing by up to 10,000 points. As it is currently a Category 6 hotel that means it will run you between 50,000 and 70,000 points per night up from the current 40,000 to 60,000. If you have had your eye on that hotel and can find some 40,000 point nights now’s the time to lock them in!

For the rest of the list the brunt of the hotels seeing the points increases are in Asia and the U.S. although there are hotels from every corner of the globe. It is, of course, many of the aspirational properties that are seeing those big 30,000 point increases such as the The Ritz-Carlton, Koh Samui, Renaissance Paris Arc de Triomphe Hotel and five hotels in Hawaii. What is surprising is seeing some of the lower end hotels receiving big increases as well, namely some Courtyard, Residence Inn and Staybridge Suites in Florida jumping by 20,000 points. For some of the hotels on the list that means a jump in points requirement of 50% or more.

As pointed out by Frequent Miler:

Take the Residence Inn Virginia Beach Oceanfront as an example. It is
currently in Category 5, which means that it costs 30K / 35K / 40K.
After March 29th, it may cost as much as 60K points. That’s an increase of 50% over peak rates and 57% over the current standard rate.

In the case of free night awards had let us know previously that you would be able to top them off with points so that you could use them at locations that may be pricing higher. For example if you have certificate from the Marriott Bonvoy American Express Card that provides a free night of up to 35,000 points you will be able to top it off with 15,000 more points to cover a 50,000 point stay. According to today’s news from Marriott you will be able to top off those certificates starting sometime in April.

As much as we have anticipated this, I mean Marriott had given fair notice to the dynamic award pricing and also with today’s news is still giving a month’s notice, it’s a hard pill to swallow. Some of those aspirational properties will now cost 130,000 points this year and who knows what they will run in 2023! Although Marriott did tell us this for 2023:

If any of those properties have been on your radar now, today is the day to seriously consider booking them to save yourself some points and keep your point value intact.