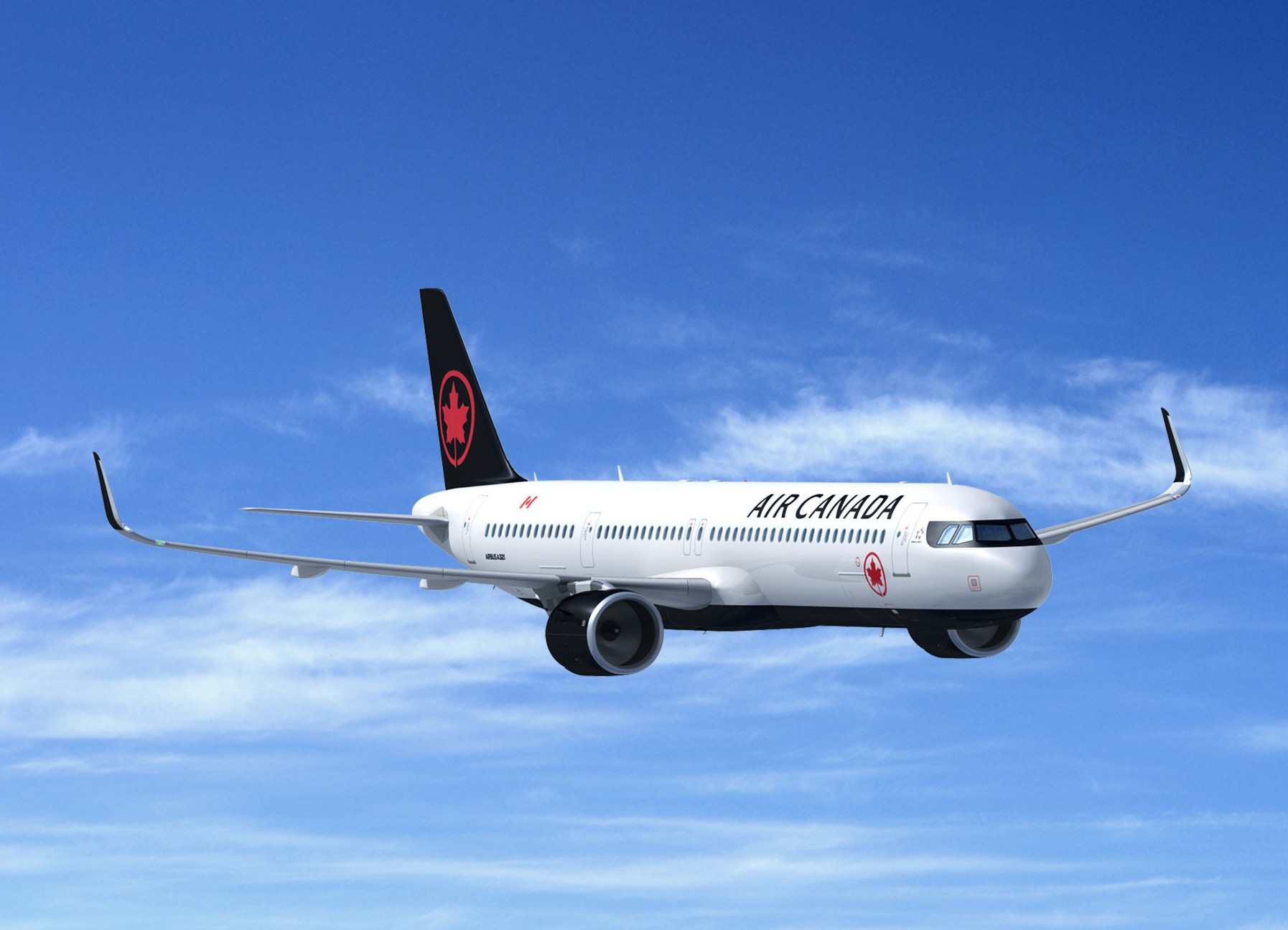 An exciting announcement from Air Canada today as they revealed they will acquiring 26 Airbus A321XLR planes with deliveries starting in 2024. The planes will serve a mixture of North American and Transatlantic routes with greater comfort and range than other narrowbody planes that Air Canada is currently flying.

The 26 planes which are a mix of leased and purchased aircraft will be delivered between the first quarter of 2024 and the first quarter of 2027. Air Canada will configure this newest version of A321neo aircraft with a total of 182 seats. That will be broken down as 14 lie flat Air Canada Signature Class seats and 168 Economy Class seats. Considering Air Canada is calling the business class seats Signature Class we can assume they will be very similar to the Signature Class seats found on their long haul widebody planes. On board travellers can expect next generation seatback entertainment, inflight Wifi and generous overhead baggage storage bins.

With an expected range of 8,700km or about 11 hours of flying time the planes will be able to fly any required routes in North America and easily take on Transatlantic routes. Air Canada states they will use the planes for both new routes and to replace older aircraft as the A321XLR will be in the range of 17 to 23% more efficient than the narrowbody and widebody aircraft it will replace. If I were to guess, we’ll see this plane on longer haul domestic routes like Vancouver to Toronto, Transborder routes like Toronto to Los Angeles and then to Transatlantic markets where widebody aircraft prove to be too large, perhaps cities such as Barcelona and Prague.

I for one am happy about this announcement as it is well known that narrowbody Airbus aircraft are actually wider than narrowbody Boeing planes so these will feel more spacious than the 737 MAX planes that Air Canada is currently flying. Hopefully these will take over for some of the longer haul routes the MAX’s are currently flying not only for that space but even for the better premium cabin!

Learn more about this announcement here.