The long awaited story of Calgary based charter carrier EnerJet launching an Ultra Low Cost Carrier (ULCC) has come to fruition. As we reported back in November, Lynx Air as the new airline is named announced they were going to launch in 2022 with three Boeing 737 Max aircraft. As of today everything looks official as you can now book flights with Lynx Air for travel between five cities in Canada. Those cities are Calgary (their home base), Kelowna, Toronto, Vancouver and Winnipeg.

The airline is accepting booking for flights on or after April 7, 2022 on the following routes:

Base fare including all taxes and fees, round trip for four days in April is $98: 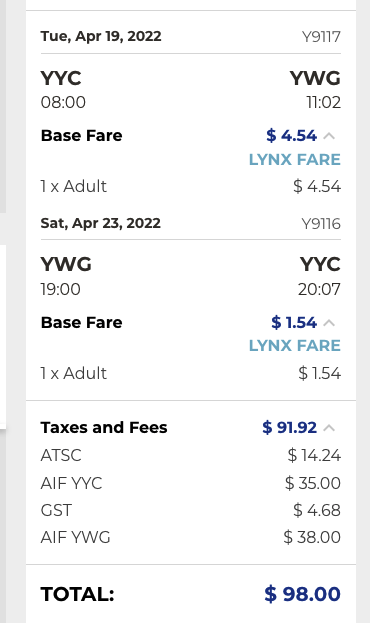 Now if you want to add more – I added the cheapest seat selection each way and also a checked bag each. I didn’t select a carry on as there is no charge for 1 personal item (purse, briefcase or
small backpack) under the seat in front of you but they will charge you for anything bigger and the price worked out to more than double at $234.48

As you can see the price can change drastically and this is something you need to be prepared for with all ULCC airlines and even the majors with their cheapest economy fares.

That being said – even with the extras Lynx is pricing quite a bit cheaper than WestJet’s lowest fare without seat selection and bags: 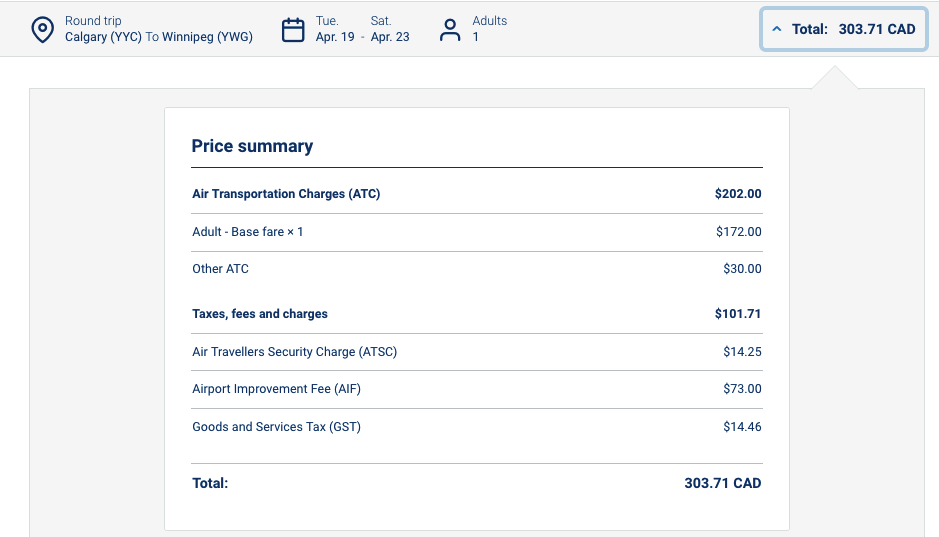 My guess is however WestJet’s revenue department hasn’t responded yet to Lynx Air. We may over the next couple of days see WestJet’s pricing drop to meet Lynx Air’s pricing.

The competition in Canada is heating up even more now that Lynx Air is officially selling tickets. Between them, Flair, WestJet, Swoop, Air Canada already duking it out and then the planned expansion from Porter and the launch of Canada Jetlines there is going to be no shortage of fare wars here in Canada. What do you think of the launch of Lynx Air? Will you be giving them a try in the coming months? Let us know in the comments below.