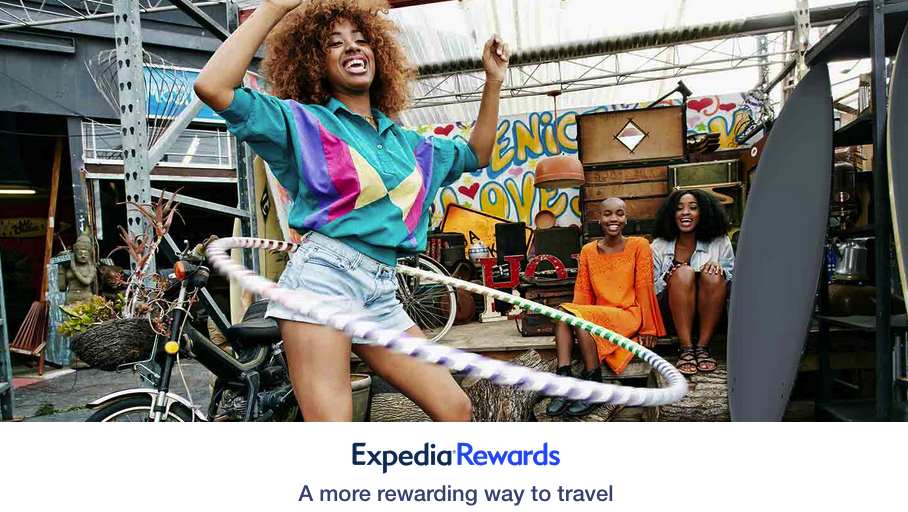 We have yet another upcoming reward program change to let you know about. This time Expedia is making modifications to their Expedia Rewards programs and for the most part we have another devaluation on our hands. Changes are being made to the earn rates, redemption rates and elite status qualification requirements.

For a refresher before we go into the changes here are the current Earn Rates and Elite Status Qualification Requirements of Expedia Rewards (Canada):

The program is pretty simple in terms of earn, reaching status and what you get with status. That simplicity will remain but the numbers behind it all are changing.

On the redemption side in the current version of the program you can redeem 140 Expedia Rewards Points for $1 off your booking. With an earn rate of 2 points per dollar spent on eligible stays, car rental, activities, packages and cruises that works out to a 1.4 cent return on your spending not including any elite status bonuses, app booking bonuses etc.

The new program will move to 1 point per dollar spent on  eligible stays, car rental, activities, packages and cruises. That’s cutting the current base earn rate in half but that is slightly alleviated by the new redemption rate (see the next section) but as you’ll see you’ll agree on the ‘slightly alleviated’ terminology. I’d rather be using the word ‘offset’ but unfortunately that’s not the case here. The program will retain the 1 point earned for $5 spent on flights.

There’s one more earn rate change and again this adds to members earning less in the new version of the program. Currently all members earn points on the fees and taxes of eligible
hotel stays and that will no longer be the case in the revamped program. Points will no longer be awarded on taxes and fees so you can tick another box under the devaluation heading.

The new program moves the redemption to 100 points for $1 from the current 140 points for $1. That’s where the slight alleviation comes from the halving of the base earn rates but it does not offset it. In the current or should I say old program the 140 to 1 redemption rate provide a 0.7 cents per point value but earning 2 points per dollar meant a 1.4% return. With the new 1 point earn rate combined with the 100 to 1 redemption rate that gives a 1% return.  So as of February 1st the base earn rate in the program will be worth 0.4 cents less than it is is now.

But wait you may be thinking that you’ve struck gold with your current points now being worth more since you’ve earned them at the 2 base points rate and can redeem at 100 to 1 after February 1st but that’s not the case:

When these changes come into effect, we will automatically adjust your
existing points balance (including any pending points) accordingly. So,
while you will see fewer points in your account on 1st February, please
be assured that the redemption value will be the same. While we make
these changes, members will not be able to redeem points from 31st
January, 11:30pm–1st February, 5:30am PST.

Expedia will be adjusted all points accordingly so they retain the same value in the new program which in this case is a lowering of your points balance.

Elite Status Qualification changes are a mixed bag – the new requirements will make it easier for some to qualify but for those used to the current system it will make qualifying a longer journey. Currently you can earn status based on the number of hotel nights you complete or how much you spend on hotel stays. No other purchases on Expedia count towards status and that’s where the updated program makes it easier.

The new program will have members earn Trip Elements and those Trip Elements are what count towards elite status. Here are the requirements to earn status:

And this is how you earn Trip Elements:

The good news with the changes in Expedia Rewards Elite Status is that most purchases made through Expedia will count towards earning that status. The bad news is for those who only purchase hotel stays through Expedia. The old program you would earn Silver status with 7 nights now it will take 10 nights and Gold status was 15 nights and that will now take 25 nights to earn.

Is Hotels.com Rewards next?

It doesn’t end with these changes to Expedia Rewards however. Some of the other booking sites that Expedia owns, such as Hotels.com are most likely going to change as well. As first reported by the Expedia Group back in September, the company is planning on a loyalty program that extends across all their brands – Expedia, Hotels.com, VRBO, Travelocity, Orbitz etc. If I was to take a guess that’s why we see this change to Expedia Rewards and the other brands will most likely follow suit. If that’s the case you can consider it a huge devaluation to the existing Hotels.com Rewards program which is the best non-chain hotel program out there. It would basically drop from being a 10% return program to this 1% to 3% model. Now this purely a conjecture on my part but why announce that you are going to create a loyalty program for all your brands and then make changes to one the programs just a few months after? The pieces of the puzzle do seem to fit. My only hope would be the earn rates are higher when you book on Hotels. com to make up for that huge difference.

Expedia Canada is changing up their Expedia Rewards programs and for the most the program is not going to be as good as it was before. There really are only two shining lights in the revamped program and that is the earn rates for Gold Elite members and being able to meet elite status requirements on more than just hotel stays booked via Expedia. The rest of the changes in the new program are a devaluation from what they were before. The big one being lower points earning for base members and Silver elites followed by no more points earning on hotel taxes and fees and finally for those who only book hotels via Expedia, it will take more stays to reach elite status.

Click here to learn more about the changes to Expedia Rewards