All the fingers on two hands will now be officially folded open when counting how many airline partners Air Canada’s Aeroplan has added since June of 2020. As of today, numbers nine and ten which are Oman Air and Air Mauritius both become official partners of the Aeroplan program. We knew two were coming from the Chase Aeroplan reveal event earlier this month but at that time we only learned of one, Oman Air. Now we know the second is Air Mauritius. 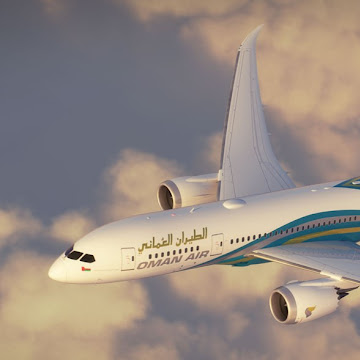 Oman Air which flies out of Muscat to many of Air Canada’s international destinations which make connections easy immediately becomes both an earning and redemption partner of Aeroplan. Air Mauritius, which flies to cities like London and Paris, also making connections with Air Canada easier, will start off only a redemption partner in the program with earning to come early in 2022. Air Mauritius does remind of Rick Erickson, the Calgary based aviation
consultant as I know he used to (or perhaps still does) provide
consulting services to the airline.

Earning Aeroplan Points on Oman Air is based on distance flown and does not qualify for Aeroplan Elite Status. Earning is as follows:

For Aeroplan Flight Rewards on both airlines the following

This means members will be able to earn on or redeem for Oman Air’s Apex Suite in the Business Class cabin, as well as the Private Suite in the airline’s First Class cabin

Two new niche carriers add to the ever growing list of Aeroplan airline partners and in fact is the only North American frequent flyer program to be partnered with these two airlines. Oman Air is going to be sought after by many points & miles enthusiasts thanks to their amazing Apex Suite (Business Class cabin) and their Private Suite in the airline’s First Class cabin. Meanwhile Air Mauritius is going to make it easier to get some sought after Indian Ocean island and beach destinations. Finally, according to Aeroplan this isn’t the end of it either when it comes to adding new airlines. They told us they look forward to sharing details of additional airline partners in the months ahead. Any guesses as to who they will add next? Or any wishes? Let us know in the comments.