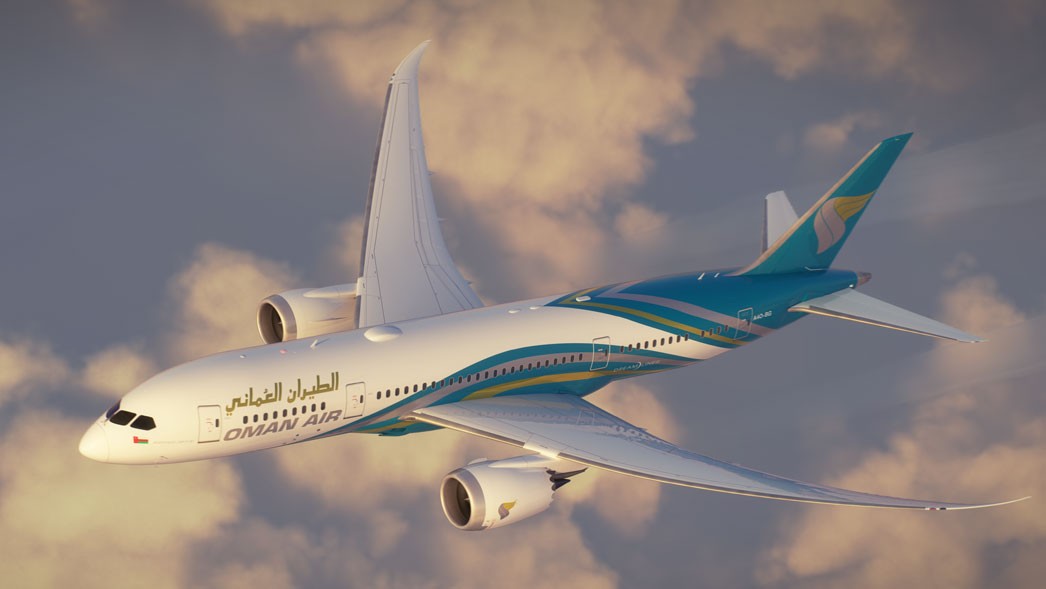 During yesterday’s event that Air Canada and Chase held to reveal their new U.S. co-brand card Air Canada also announced that two new airlines will be joining Aeroplan as partner airlines. Only one of those was revealed during the event and that airline is Oman Air. The airline becomes the 44th airline partner (45th if you separate Rouge from Air Canada as debated by Air Canada’s Mark Nasr) and is the 10th new airline partnership added in the past 18 months or so.Aeroplan members will soon be able to earn and redeem points on Oman Air flights. The exact date of the launch of the partnership has not been passed along to us but it should be in the coming weeks. As with most Aeroplan partners you will be able to redeem points for flights on Oman Air based on the program’s partner airline reward chart (See here, PDF) and you will be able to include a mix of airlines such as Air Canada and Oman Air on a single reward redemption.

Oman Air does not fly to Canada but they offer flights to many gateways that Air Canada and its current partner airlines do serve so it will be relatively easy to combine flights for reward tickets. The airline is well known for providing an excellent onboard product across their fleet of Airbus A330s, Boeing 787s and 737s. Several of their A330s and 787s also include a first class cabin on several routes flown from their Muscat hub.

Oman Air makes a welcome addition to the ever growing list of Aeroplan airline partners and will much like many of the others that have been added will fill a niche for several markets that Air Canada wouldn’t be able to offer on their own. Redemptions on Oman Air will definitely be sought after by points and miles enthusiasts so that they can try out the amazing looking business class and first class products. We’d love to know if our readers are excited about this addition and if you’ll be actively looking at redeeming for Oman Air flights in the near future. Let us know in the comments below.