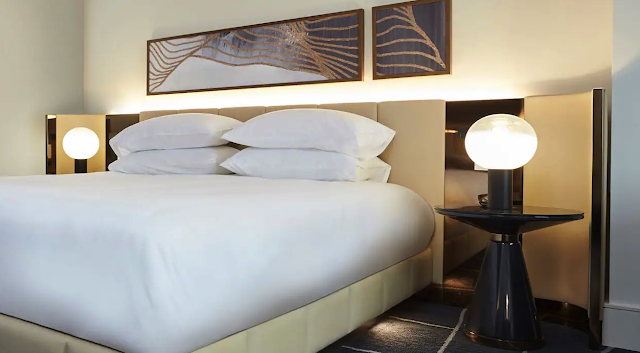 We are only two weeks away from one of the most highly anticipated hotel openings in Canada this year! That hotel is the Park Hyatt Toronto which has undergone a multi-year, multi-million dollar renovation. As we reported back in July the opening was finally set for September 15 after many delays and through some dummy bookings plus our bonus updates it seems like that date is a go! 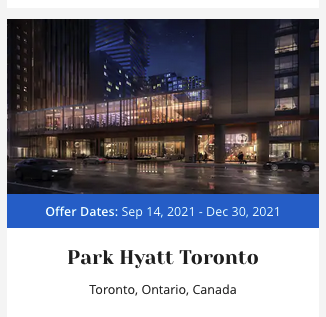 It’s those bonus updates where we go next with this article as Hyatt updated their new hotel opening promotion list on August 31st. The new hotel opening bonus provides 500 bonus World of Hyatt points per night at any of the hotels on the list and this latest update now includes the Park Hyatt Toronto. All members will earn 500 bonus points per night at the hotel from September 15 (The promotion says Sep 14 but we know the hotel won’t be open just yet) right through to December 30, 2021. The bonus is automatic which means no registration is required. Simply stay on an eligible points earning rate at the hotel and make sure you have your World of Hyatt number on the reservation and the points are yours.

For the opening night on September 15 the hotel is charging a pretty penny – the best rate we could find was $608 before taxes and fees, $713.41 if you include them. There is availability to redeem points for that first night and a standard award is 25,000 points. That’s actually a really good redemption value of 2.85 cents per point (C$). World of Hyatt points typically have a minimum value of around 2 cents Canadian so redeeming for a stay on opening is good a deal. As we also reported in July the hotel did unfortunately jump up to a Category 6 hotel in the World of Hyatt program from the previous Category 4 which means those standard awards are 10,000 more points per night – could you imagine if it had stayed at the 15,000 point level? That would have been an amazing redemption but alas that is not the case.

Click here to learn more about the Park Hyatt Toronto