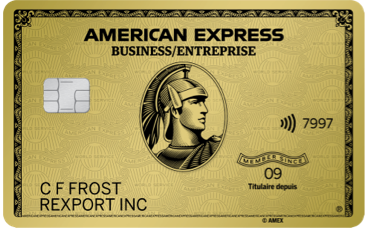 The next card in line from American Express that is getting some changes is in their suite of small business cards and that is the American Express® Business Gold Rewards Card. This week Amex quietly announced some changes to the card that has been chugging along in its current form for quite some time now. The changes that were revealed affect points earning, insurance benefits and the annual fee seen on the card.

The base earn rate of 1 Membership Rewards point per dollar isn’t changing however they are removing the three supplier program and replacing it with a quarterly spend bonus. For those who have this card or are familiar with it you’ll know that you could pick three suppliers from a list of merchants where you would earn 2 points per dollar spent instead of the standard 1 point. The three supplier program will remain in place until March 31, 2022 at which point it will be discontinued. In its place the card will now earn 10,000 bonus points for every $20,000 spent in each calendar quarter. This means you could earn 40,000 extra points if you do spend that much every three months on the card. You do have note that if you don’t spend that much you won’t get any bonus. Amex also advises that purchases made towards the end of a calendar quarter may not count as well if they post to your account after the end of that quarter (ie purchase made on  June 29 that posts on July 1) So be sure to keep this in mind!

Just as we saw on the Cobalt Card, the American Express Business Gold Rewards Card will be receiving a Mobile Device Insurance Benefit. This benefit will come into effect as of October 8.

In what is a rarity when credit card changes are announced the annual fee on the card will actually be dropping from $250 to $199.

Also like the recent Cobalt Card and Green Card updates any new or replacement Business Gold Rewards cards from October 8 on will be made from 99% recycled plastic.

We’ve seen quite a few card changes from American Express this year but all were on the consumer side. This is the first of their small business products to receive an update and I feel for some these changes won’t be welcome as they have enjoyed that 2x points earning with select suppliers. Now to be able to earn extra points users have to be able to hit that quarterly spend target. I see this change being made to shift the usage of this card to businesses who do have a wide swath of business spending and also to curb some of the gaming of the card for those who simply got it to earn the 2x points at merchants that aren’t covered by accelerated earn rates on other consumer or business Amex cards.

You can learn more about these changes here.