There’s a new card that has championed its way to being the one that earns the most Aeroplan points in Canada! Before we let you know which card it is let’s step back into time – way back in 2012 we published a feature and infographic that compared
how various credit and charge cards in Canada earned Aeroplan miles. Then in January of this year we released version 2.0 of that feature to capture the updated earn rates from the completely revamped suite of Aeroplan co-brand credit cards. Thanks to yet another credit card update earlier this month, namely points from the American Express Cobalt Card now being able to convert directly to Aeroplan that Which credit card earns the most Aeroplan Points feature also had to be updated!

Now that the American Express Cobalt Card has that direct conversion option the card jumped into first, second or tied for second position in six of the seven categories listed! It also takes top spot for two categories not listed and that is for Streaming Services and Transit/Taxi/Ride Sharing. Take a look for yourself at these screenshots from the feature: 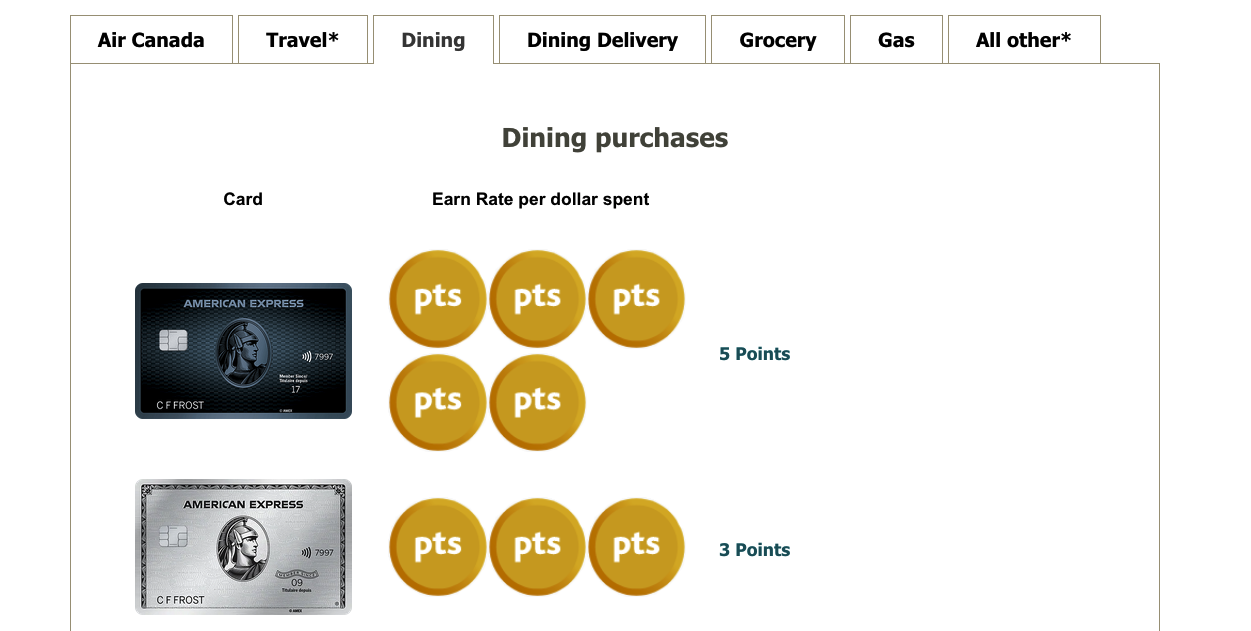 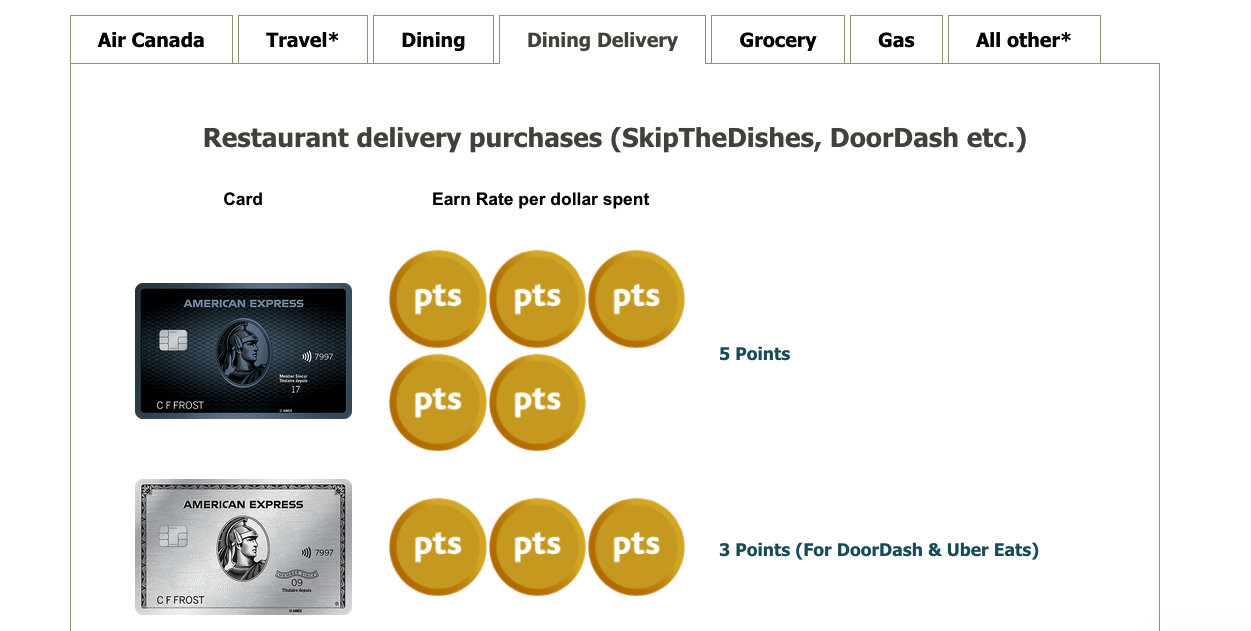 What this means is that if you do not require the additional benefits afforded to Aeroplan’s co-brand credit cards and are strictly about earning as many Aeroplan points as possible, the card to have is the American Express Cobalt Card. Ideally, what you do want to do is to have the Cobalt Card for the earn power and then one of the Aeroplan co-brand cards for those benefits, in particular the discounted rate for Aeroplan reward flights. I mean why wouldn’t you want to get a discount on your Aeroplan redemptions and get even more value out of the extreme amount of points you have earned from the Cobalt Card. And that’s not even mentioning the other Aeroplan co-brand card benefits like getting your first checked bag free and sharing benefits with additional card holders.

So there you have it! The feature has been updated and the long time best earning Aeroplan card (The American Express Gold Rewards Cards) has now been dethroned as the top earner by its younger sibling the American Express Cobalt Card.

Even though we have set the American Express Cobalt Card as the #1 earning Aeroplan card I would still recommend looking at the categories that represent your
personal spending the best and use those to guide you to the card or
cards that will earn you the most Aeroplan points. Also look for the feature to most likely be updated later this fall once we see the revamped American Express Gold Rewards card released!

Click
here to check out the updated “Which credit card earns the
most Aeroplan Points” feature on the main Rewards Canada site.