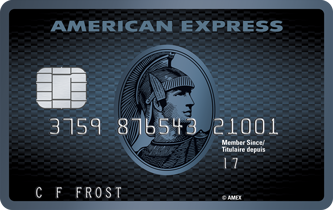 THIS OFFER IS NO LONGER AVAILABLE

The overall best travel rewards credit card in Canada (and in fact a
pretty strong cash back card in its own right) has enjoyed its best ever welcome bonus since January and that offer will be wrapping up in two weeks! The card is the American Express Cobalt Card
and ever since it launched late in 2017 it has been the number one card
in Canada. There are several reasons for this but it primarily comes
down to the card earning 5x points on eats and drinks (it was one of the
first cards to award that many points on purchases) but also providing
good redemption value for those 5x points and even the rest of the
points the card earns a 2x and 1x. On top of that the card lets you
convert points to Marriott Bonvoy which can then in turn be converted to
40+ airline programs including Aeroplan. Really, the card gives you a
little bit of everything.

Here are just a few of our articles that support this card being the best in Canada:

Now back to the best ever bonus on this card! When you apply for the card by May 5 you can earn up to
45,000 Membership Rewards Points. The bonus is broken down as the
standard 30,000 points earned in the first year which is 2,500 points
per month in each month that you $500 on the card for the first 12
months. But now they’ve sweetened the deal by offering an additional
15,000 points when spend $3,000 on the card in the first three months of
cardmembership! This means by the end of month three you would have
22,500 points (the 15K + 2,500 per month) worth no less than $225
towards any travel or $157.50 towards any non travel purchase made on
the card. This doesn’t include your spending. Say you spent all $3,000
in those first three months on eats and drinks you would earn 15,000
points just on those purchases since they earn 5x points. So in reality
you could have as much as 37,500 points in those short three months!

Rather
than charging an annual the card has a monthly of $10 fee which equates
to the same $120 per year you see on most cards that compete with the
Cobalt Card. You can expect more posts coming from us about this awesome
new sign up offer as we’ll delve deeper into what you can use those
points but for now we just wanted to get this news out to our readers so
that you can start racking up those points right away!

Now you may ask what will the bonus be as of tomorrow. We don’t know that just yet but if our 20 years of experience tell us anything it won’t be any better than this and most likely will be lower. If anything American Express may extend the offer in which you wouldn’t be losing out on any value but there is the very strong possibility they’ll drop it back down to its regular 30,000 point welcome bonus. The shot to take is yours but I know if we didn’t already have two Cobalt accounts in our household I would definitely be grabbing the card right now.