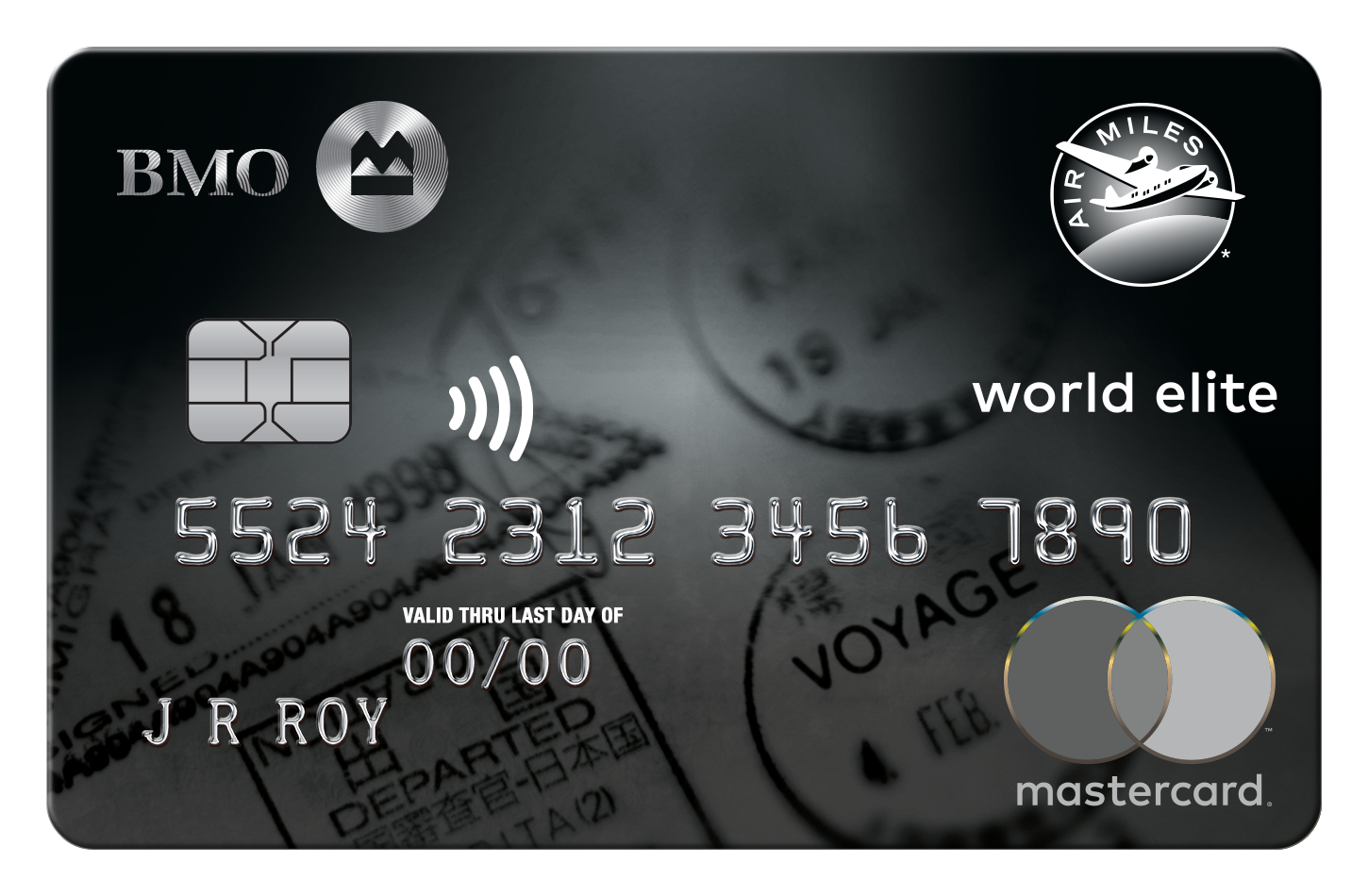 The BMO AIR MILES®† World Elite®* MasterCard®* will be the next card in our market to undergo some changes when it is modified in May. The changes affect the card’s earn rates, the interest rates and the Mastercard Airport Experiences provided by LoungeKey. Of the earn rate changes, one is positive and the other is negative while both interest rate and airport lounge access changes both fall into the negative category.

The one positive change sees the card’s earn rate at AIR MILES partners being bumped up to 3 Miles for every $12 spent. The current pre-May earn rate for the same is 1 Miles for $10. So that’s a pretty good bump in earning as you’ll earn 2.5 times more miles when you shop at AIR MILES partners. However the earn rate for shopping everywhere else is being lowered to 1 Mile for every $12 spent. Currently it sits at 1 mile for $10 which means you’ll earn about 17% less miles on all other purchases (Think Costco).

BMO states ‘We’re helping you get more Miles’ with these changes and I have to somewhat disagree with that. Yes it does have a huge boost with AIR MILES partners but that’s where an issue lies. There just aren’t as many AIR MILES partners in the program like we have had in the past. In fact the program just lost another major partner at the end of January (Lowe’s, Rona and Reno Depot included). So you are definitely limited in where you’ll earn those extra AIR MILES. Sobeys, Safeway, IGA, Staples. Shell, LCBO and a few others are the main players where that extra earn can be had. You can see all locations that qualify here.

The interest rate is being bumped up to 20.99% from 19.99% which seems to be the rate that more and more cards are charging so not much of a surprise here.

Finally, the card comes with Mastercard Airport Experiences provided by LoungeKey which is a standard feature across all World Elite Mastercards in Canada however this card went one step further by providing 2 free lounge passes annually which were worth US$32 each. With these changes in May those two complimentary passes will no longer be offered on the card however it will still retain the membership access just like all the other World Elite Mastercards.

All in all I would put all these changes being made to the BMO AIR MILES®† World Elite®* MasterCard®* as a devaluation unless you primarily use the card at AIR MILES partners.

Learn more about these changes here.