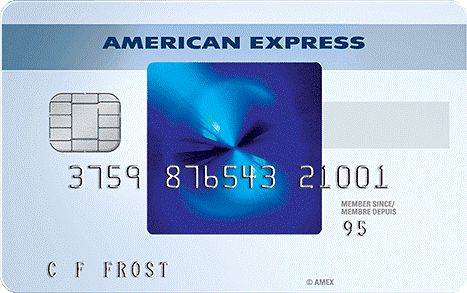 Last week on December 9th American Express re-launched their Choice Card from American Express. This was a card that was offered nearly a decade ago and shut down for new applications after only a few years of being in the market. The launch of this card marks American Express Canada’s reentry into the no annual fee card space with a card that earns Membership Rewards points. The only other no annual fee cards that Amex offers currently are the SimplyCash Card which is a cash back card and the Essential card which is low interest card with no rewards.

And contrary to what you might read on some forums – this card has its place and it can provide suprisingly good value!

The Choice Card is the perfect card for someone looking to establish a relationship with American Express as it can be considered an entry level card and an introduction to Amex. It’s also that breaking in card if you tried to get the Cobalt Card, Gold Rewards or other Amex cards but were declined by them in your latest application. As the pandemic has wore on many more people have been applying for more cards and to extend credit only to be turned down by Amex, TD and pretty much every other issuer. For a bank like American Express providing a new entry level Membership Rewards card lowers their risk potential – cost wise that is – as the risk of someone applying for this card or the Cobalt Card and defaulting on payments is the same but to Amex the rewards for the Choice Card cost less thanks to its 1 point per dollar earn rate. It does however open up Amex to keeping those higher risk customers of potentially becoming lower risk over time and winning them over as long term customers thanks to their healthy rewards and great benefits.

Now I’m not saying everyone will be approved for this card but in general it should be easier to get that approval over other Amex cards. Then if you keep you account in good standing and spend consistently on the card before you know it you should be able to jump to the American Express Cobalt Card. The reason why you’d want to get the Cobalt Card is that it also earns Membership Rewards Select points so the points earned on the Choice Card will transfer over without any issues.

The card, as already mentioned has no annual fee so it’s welcome bonus
of 10,000 Membership Rewards Select points come to you at no cost other
than the $1,000 spend that is required in the first three months of
having the card. That’s not much to spend – only $333.34 per month which for the majority of Canadians is very achievable. At the end of the three months you would then have no less than 11,000 Membership Rewards Select points.

With that being said lets look at the potential value of those 11,000 points from the Choice Card just so that can you see that even with it being an entry level card there is decent value to be had. In last week’s post on the card we already mentioned that the points can be worth as much as 2 cents each when redeeming for travel via the Fixed Points for Travel program but that’s only for four select routes that Amex offers the highest rate on. More than likely you’ll get around 1.5 to 1.8 cents per point out of the Fixed Points for Travel program. So you are looking at $165 to $220 in value via this redemption avenue. You can also choose to redeem the points for any travel and redeem points against the charge at a rate of 1,000 points to $1 – meaning those 11,000 points are worth $110. You can also go the cash back route of redeeming the points for any purchase made on the card at 1,000 points to $7 bringing the lowest value of your 11,000 points to $77.

With 13,200 Marriott Bonvoy Points you can look at redeeming at Category 1 hotels during any season or Category 2 hotels that are pricing at the Off Peak or Standard price:

You can expand that further if hotels are participating in Marriott’s Pointsavers which provide further points discounts and here you can even look at Off Peak pricing for Category 3 hotels:

Now here’s an example of getting some outsized value from this welcome bonus:

Many hotels are pricing very low right now in Canada so finding out-sized value was difficult at this time but that will change when travel picks up again. I did find one example however and that was the TownePlace Suites Ft. McMurray.

And points wise this is a Category 1 Hotel which means it costs 7,500 points per night:

In this example you would redeem 7,500 points for a room that has a value of $175 or 2.33 cents per points of value. This is 2.33 cents is much higher than any of the values above that we list for the other redemption options – assuming you could get this cpp for all 11,000 points that puts your value at $256.

BUT — Look at this, I took the search out to June 18-19 2021 for the same hotel, the cash price is the same as in March but the hotel is pricing at the Off-Peak rate.

This means that one night you can redeem just 5,000 points for the same $175 stay. That puts your value at 3.5 cents per point or $350 for the 10,000 point welcome bonus, $385 if you include your $1,000 in spending. At $350 no only does this welcome bonus blow its no fee competitors out of the water it actually challenges and beats a majority of the premium cards in our market! Of course the value you get may vary, it could be less and most likely will be but there is also the possibility of it being much higher, especially so when travel rebounds and hotel rates go up again. Ft. McMurrary does seem to be a bit of an outlier right now in hotel pricing being higher as most other hotels in Canada that are 7,500 points per night seem to be pricing under $100 for those same nights.

Nonetheless you can see there is a lot of potential in this card and that’s just in the points value.  This card will also get you in on American Express Invites and Offers. If you are new to Amex Offers I suggest reading our Guide to American Express Canada ‘Amex Offers’. This is the program within Amex where you can receive discounts or bonus points for using you card at select retailers.

Learn more about and apply for the Choice Card from American Express here.