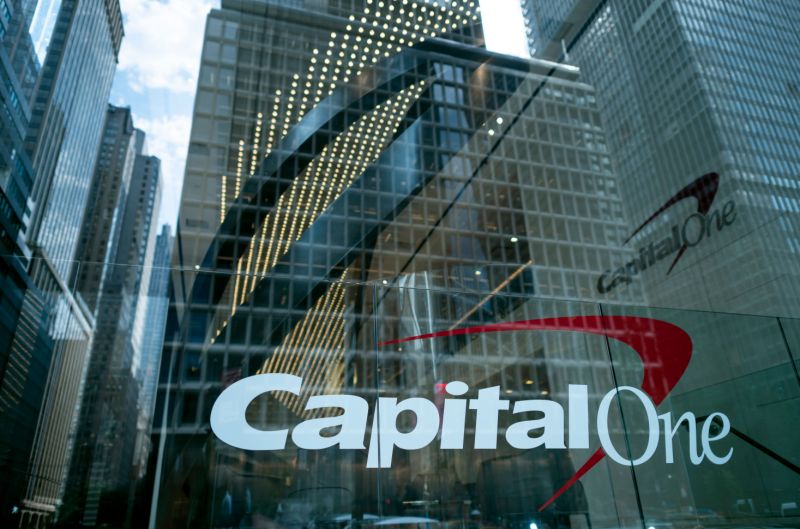 While perusing Twitter last night I came across this tweet from Andrew Clarke (who used to do PR at Capital One Canada) announcing the changes coming to the American bank’s Canadian operations: 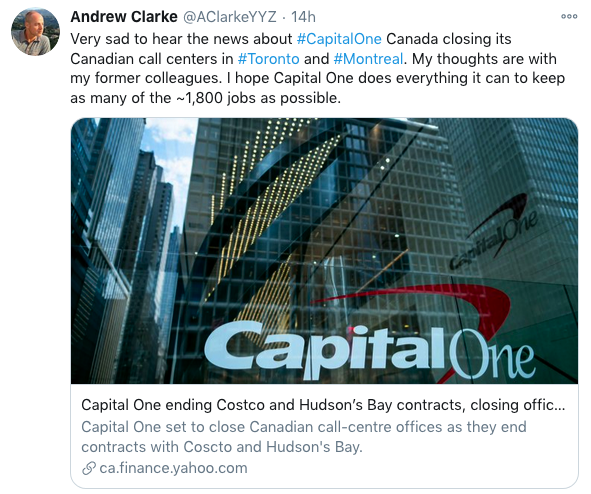 I would say this is definitely sad news! More downsizing is not what the Canadian economy needs but unfortunately it is the reality of what is going on in our country. The news is also relevant to our readers as two of Capital One’s rewards cards will come to an end in 2021.  The company’s relationships with Costco and Hudson’s Bay will be closed in 2021.

It was big news when Capital One won the Costco contract from American Express back in 2014 (Sep 19,  2014 Update: Costco splits from Amex and selects MasterCard) which was also right around the time that Capital One peaked in Canada. They had their amazing award winning Capital One Aspire Travel World Elite Mastercard as the number one card in Canada, they offered co-brand cards for Delta SkyMiles and IHG Rewards Club and then they were able to add in Costco. It seemed like Capital One had everything going for it – heck they even had TV commercials with Canadian comedy icon Mike Myers starring in them!

But as we have seen from almost all American banks trying to break into our market – they just can’t compete against our big banks. Chase tried – they came and went. MBNA Canada ended up being acquired by TD and Capital One lost a lot of ground and needed to shift their focus here in Canada and something tells me they may only have a few more years here. When the Costco partnership launched, it  was an uphill battle from the start for Capital One. They weren’t exclusive per se as you could use any Mastercard at Costco not just Capital One’s. Then there was the fact that Capital One’s Costco Mastercard wasn’t even the best card to use at Costco – there were many more options that earned more points or miles for Costco purchases.

Recommend reading: Top 5 Mastercard Cards to use at Costco

Then Capital One found their award winning Aspire Travel World Elite Mastercard too expensive to maintain and devalued it, completely stopped offering it to new customers and devalued it again. They dropped their co-brand cards with IHG and Delta which isn’t entirely their fault – there are only a few select non Canadian loyalty programs that have been able to penetrate our market and those still don’t have as much traction of Aeroplan, AIR MILES  and Canadian proprietary credit card programs. I’m still amazed that we do have some other options here especially knowing that some co-brand credit cards in Canada literally have membership in the very low four figures.

All of these factors led to the quick downfall of Capital One in Canada save for one area and that area is where they are focusing now. New credit and secured credit. Capital One is seeing some success in our market for those who are new to Canada or new to credit and those who need to rebuild credit. But the question will remain – is it enough to keep them here? There are a lot of existing players in the market also after new credit and even new ones like Neo. (An introduction to Neo Financial – one of Canada’s newest credit card and savings reward programs)

That leaves us with a couple of questions – who will take over the Costco and Hudson’s Bay contracts and will Capital One survive in Canada? The answer to the first question will be most likely one of Canada’s big banks. BMO is one of Canada’s largest Mastercard issuers so they are probably front of the line but I wouldn’t count out someone like Scotia having their Tangerine Mastercard brand go after the contract. The Bay is a toss up and I feel it would may be taken over by one of the smaller players in our market. The next question is will Capital One survive in Canada and I hate to say it but I don’t think they will. I hope I’m wrong but if history and the current global situation are any indicators I would think they only have a couple years left here.