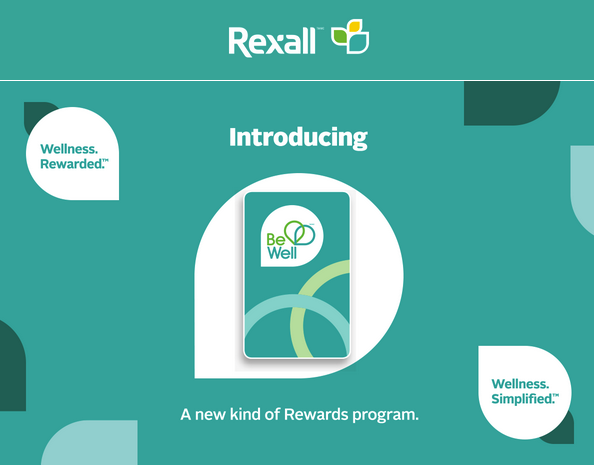 Rexall’s new loyalty program – Be Well officially launched today and to celebrate they are offering 50,000 bonus points when you spend $50 or more in store.  This also means that as of today you will no longer be able to earn or redeem AIR MILES at all Rexall locations.

We have mentioned Rexall’s new program a couple of times already on Rewards Canada as they offered their pre-launch sign up bonus of 10,000 points for supplying your email address. Those points will be awarded by May 31 when you actually join the program using the same email address.

It doesn’t surprise me that Rexall went this way – AIR MILES is a pricey proposition for any retailer and an influx of back end loyalty program developers & systems have made it quite affordable to run your own program nowadays. I am and am not surprised about the redemption value however. My surprise is the base value is less than what was offered with AIR MILES even though Rexall’s cost per point should be lower but I’m also not surprised as the switch allowed them to set a rate that will see base points not eat into their margins. I also believe they went with the lower value as they plan on offering a lot of bonus points to boost your value as we already see with this weekend’s launch event. It’s a good marketing ploy – low initial value but provide more value to get you in store and buy enough stuff to hit that minimum spend to get the bonus points.

With Rexall no longer being an AIR MILES partner it continues to confirm what I have stated in lots of media interviews and here on the site that the golden age of coalition loyalty programs has now passed us. Canada’s two largest coalition programs AIR MILES and Aeroplan have not had much success in adding any major nationwide non-travel retail partners for sometime now and I don’t see that changing anytime soon. What we will see are more individual retailer programs and retail group programs, the latter being programs like Triangle and PC Optimum.

Here are the steps Rexall provided in their email on how to join the program: 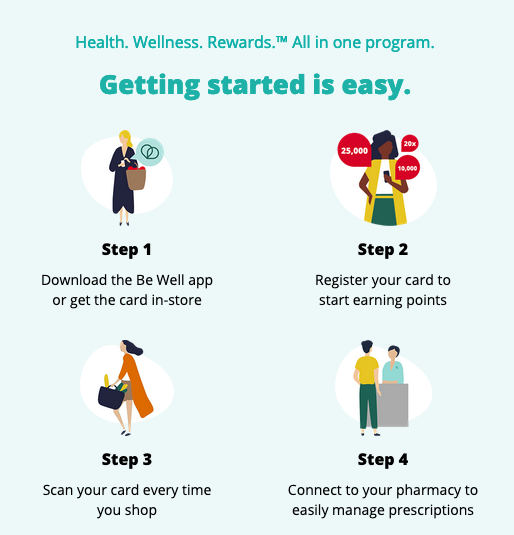 All images via Rexall