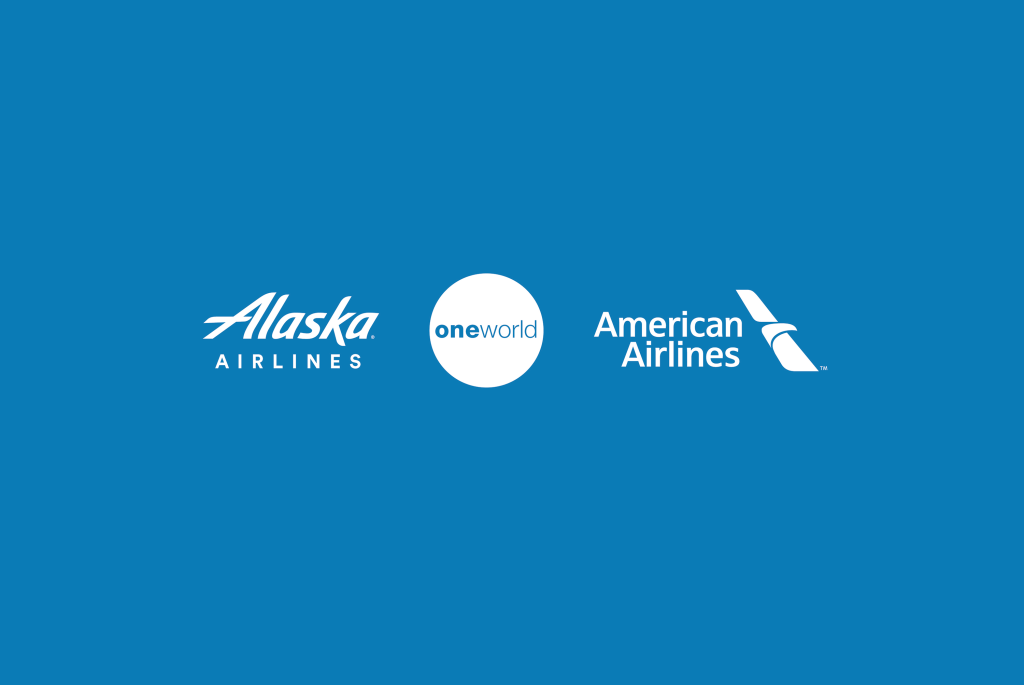 Last week while the Rewards Canada family was enjoying the teacher’s convention and Family Day holiday Alaska Airlines came out with some news that was rather unexpected from them! There’s other news from other programs that we will catch up on this week as well but we wanted to get to this article first.

Alaska Airlines has announced a refreshed partnership with American Airlines that comes only weeks before their existing partnership was set to end – looks like they came to terms and a realization its better to work with each other rather than against each other. In this announcement also came the news that Alaska Airlines will join the oneworld alliance as a full fledged member airline, not just a ‘connect’ airline as mentioned a few years ago.

These are the key takeaways from the news (excerpt from Alaska’s press release):

The good news from this is that it will give Alaska Airlines Mileage Plan members, which is a very popular program for us Canadians (well popular for many of miles and points enthusiasts) a broader range of airlines and flights to earn and redeem Mileage Plan miles with. On top of that, if you have elite status with Alaska (or vice-versa with AA or oneworld airlines) is the recognition of that status when flying on any of the oneworld airlines.

The bad news at this time is purely speculation however it is very likely we may see some changes in the mileage requirements when redeeming Alaska Airlines Mileage Plan miles. Right now the program is one of, if not the best for redeeming on many of the world’s best airlines like Cathay Pacific and Emirates but that may change when Alaska joins oneworld. One can hope they won’t change their award charts but typically we have seen redemptions become more expensive when an airline joins an alliance. The other bad news is that once Alaska Airlines joins oneworld you have that many more airline partner frequent flyer programs, namely American AAdvantage, that will be vying for seats on Alaska metal itself so finding seats may be more difficult if you are someone who does redeem for flights on Alaska.  We probably can also expect changes to status earning requirements for Mileage Plan to be brought more inline with those of other oneworld carriers so as to not make an easy path for people to receive alliance wide benefits. So one word of advice would be to try to earn that Alaska status as soon as you can!

One other concern that may come into play would be Alaska’s non oneworld airline partners, will they continue on as partners? I would think for the most part yes, despite the old way of thinking at alliances that we saw emerge in the 90’s and 00’s where it was alliance partners only (no partners from other alliances)  the last few years we’ve seen airlines bring in partners that were part of other alliances. For example Air Canada has a relationship with Cathay Pacific even though they are both part of different alliances. I think the mindset within the airlines is that they know they have to forge other partnerships that work for them and their frequent flyer membership base regardless of their partner airlines’ alliances.

Here is the timeline of the implementation of all the news:

Overall I think this could be a positive change for the Canadian market as it opens more airlines and routes that you’ll be able to earn and redeem Mileage Plan miles with. Many of you have jumped on the MBNA Alaska Airlines World Elite Mastercard with it’s 30,000 mile welcome bonus and not just once, but once every 3-6 months 😉 so that you have built up sizeable balances in your Mileage Plan accounts. Not only that I’m sure many of you have also bought Mileage Plan miles with their great bonus offers and in about a years time you’ll be able to use them on even more airlines. You can start planning for those oneworld airlines that aren’t partners with Alaska like Royal Air Maroc (which joins oneworld in only a few weeks) which flies between Montreal and Casablanca or Qatar Airways which also flies out of YUL. Of course it may take you more miles than you are accustomed to if they do increase mileage requirements but only time will tell if that will happen.

What about WestJet? I know this really doesn’t have much to do with this article but in terms of WestJet’s frequent flyer program they have kind of followed in Alaska’s footsteps in forging relationships with airlines from various alliances and stating they have had no intention of joining one. Will Alaska’s news change the way WestJet thinks? If so, it would seem likely that WestJet would move to SkyTeam since most of the airline’s partners are in SkyTeam, are in the process of creating a joint venture SkyTeam’s Delta Airlines and the SkyTeam alliance does serve the most cities in Canada after Star Alliance. Of course this is just a thought on our part but I would bet that this news form Alaska does have some of the heads at WestJet shifting their thinking.