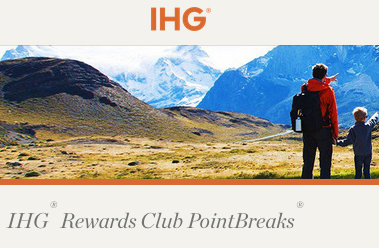 Yesterday when we posted about IHG Rewards Club’s new buy points bonus we mentioned anticipation of the newest set of IHG Rewards Club PointBreaks. The current set of PointBreaks is slated to end on January 31st however IHG typically would release the new ones a few days before that (usually the Monday before, so yesterday or even Tuesday, today) however LoyaltyLobby broke the news later yesterday that IHG has no plans for a new set of PointBreaks. They reached out to IHG after not seeing any new offers come out as they are typically released around noon ET. We were tracking this here on Rewards Canada to see if the new list was out at 10am our time (even using IHG’s ‘Force Update’ link for the PointBreaks) and saw no updates so figured it may come out on Tuesday. Well the response that LoyaltyLobby received, which I’m sure was a surprise to them and all of us, is that they aren’t planning any PointBreaks for the time being. IHG did not reveal however if it is just a temporary pause of the promotion or the complete end of it.

PointBreaks was known as the best hotel redemption promotions in the market since it launched over 10 years ago. Even when they revised it in 2018 from the single 5,000 points per night to 5,000 to 15,000 points per night, it was still a very strong promotion. However when IHG did the revamp in 2018 they stated it would allow them to have more hotels available on the list and this didn’t really materialize. If you have read all our PointBreaks posts over the years you’ll know that maybe once did the list get over 200 hotels (out of thousands) versus 150 or so hotels under the old 5,000 any night version. In most cases it stayed right around that 150 mark and here in Canada we typically only saw five to six hotels on the list each time and most cases those were in Alberta. So not a great selection here and even abroad. While the premise of the promotion was and is awesome we just didn’t see turn into what IHG had promoted during the 2018 revamp. I reached out personally to my IHG contact to see if we can more details on whether it is just temporary, permanent or even if it might be replaced with something else. I’ll report back if and when I hear something.