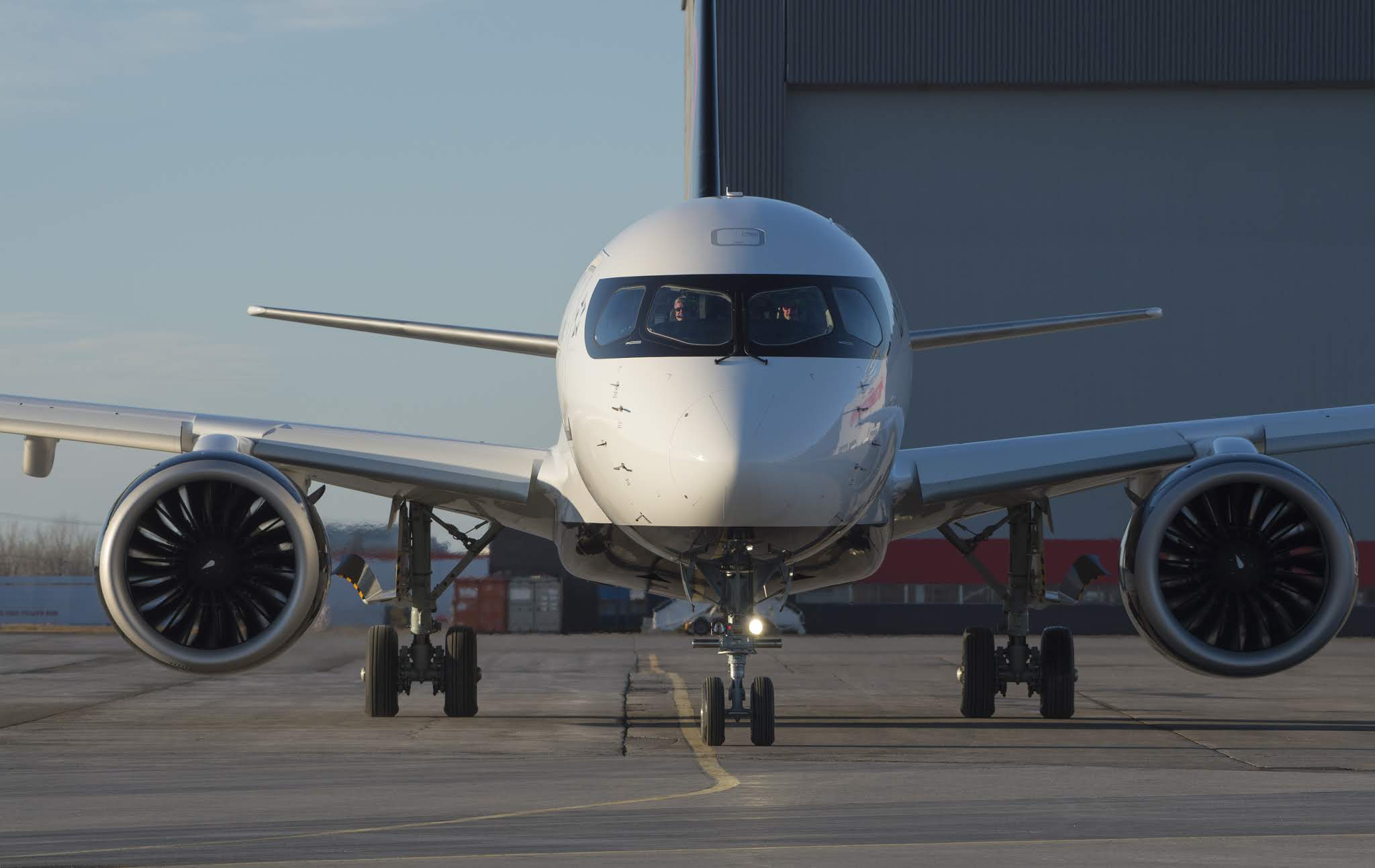 Yesterday Air Canada held an event in Montreal to reveal their new Airbus A220 to the press ahead of the plane entering into revenue service this week. If you are a planespotter you may have seen it plying our skies on training flights for Air Canada pilots and now it’s all set to start making the airline some money!

The first revenue flight will take place between Montreal and Calgary and it will also fly other domestic routes out of Montreal and Toronto until May. At that time the plane will begin flying on two new routes for Air Canada – Montreal to Seattle and Toronto to San Jose, California.

Air Canada is second North American operator of the Canadian designed and built Airbus A220 which was previously known as the Bombardier CSeries. Air Canada has configured their A220 aircraft with 137 seats, 12 in business class in a 2×2 layout and 125 in economy class with a 3×2 layout.

Customers will have more personal space thanks to the widest economy
seats in the fleet at 19 inches, and the largest overhead stowage bins
for an aircraft this size.

Additional features include larger windows and full-colour LED
ambient and customizable mood lighting that contribute to reducing
fatigue while travelling. The high ceilings, extra shoulder room and
storage make this an unparalleled interior in the narrow-body segment.

Every seat on the A220 features a Panasonic in-flight entertainment
system with content available in 15 languages and featuring more than
1,000 hours of high-quality entertainment, including content from Bell
Media’s premium entertainment service, Crave, and Montreal-based
multi-platform audio service, Stingray. The system also offers dynamic
closed captioning for the deaf and is accessible to the visually
impaired. The A220 will also have satellite-based, high speed Wi-Fi
access.

Air Canada has a firm order for 45 of the planes that provide great range and fuel economy and will help Air Canada open new routes in North America as evidenced by the first two routes they will be launching in May.

Are you excited to try this new plane?Are you going to be flying on the plane for the first flight or any of the other scheduled flights? Let us know in the comments below!

All images via Air Canada