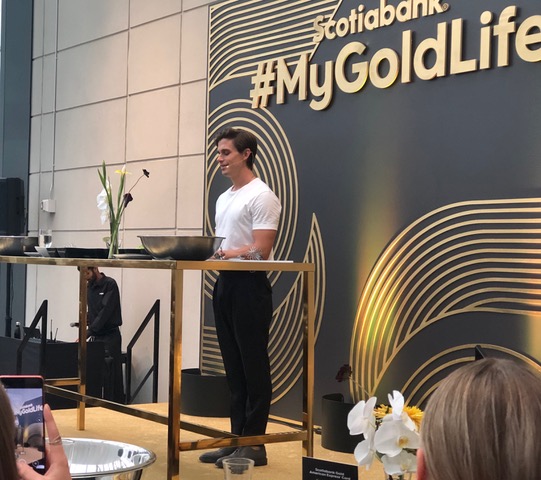 Jeff Fredericks, the host of the Rewards Canada Podcast brings us another blog contribution today. Jeff was lucky enough to attend Scotiabank’s special event on October 1st celebrating the refresh of their Gold American Express card. Here is
his recap of the event:

Last week more than 70 media, blogger and VIP socialites swooped into Toronto’s Hotel X for a “live & interactive” cooking lesson with television personality Antoni Porowski.  Porowski, the wine and food expert on Netflix’s smash hit Queer Eye, also happens to be in the middle of a book tour promoting the aptly titled ‘Antoni in the Kitchen’.  His good looks, charming demeanor and hipster sensibility played well for a crowd of equally impressive looking Millennials. 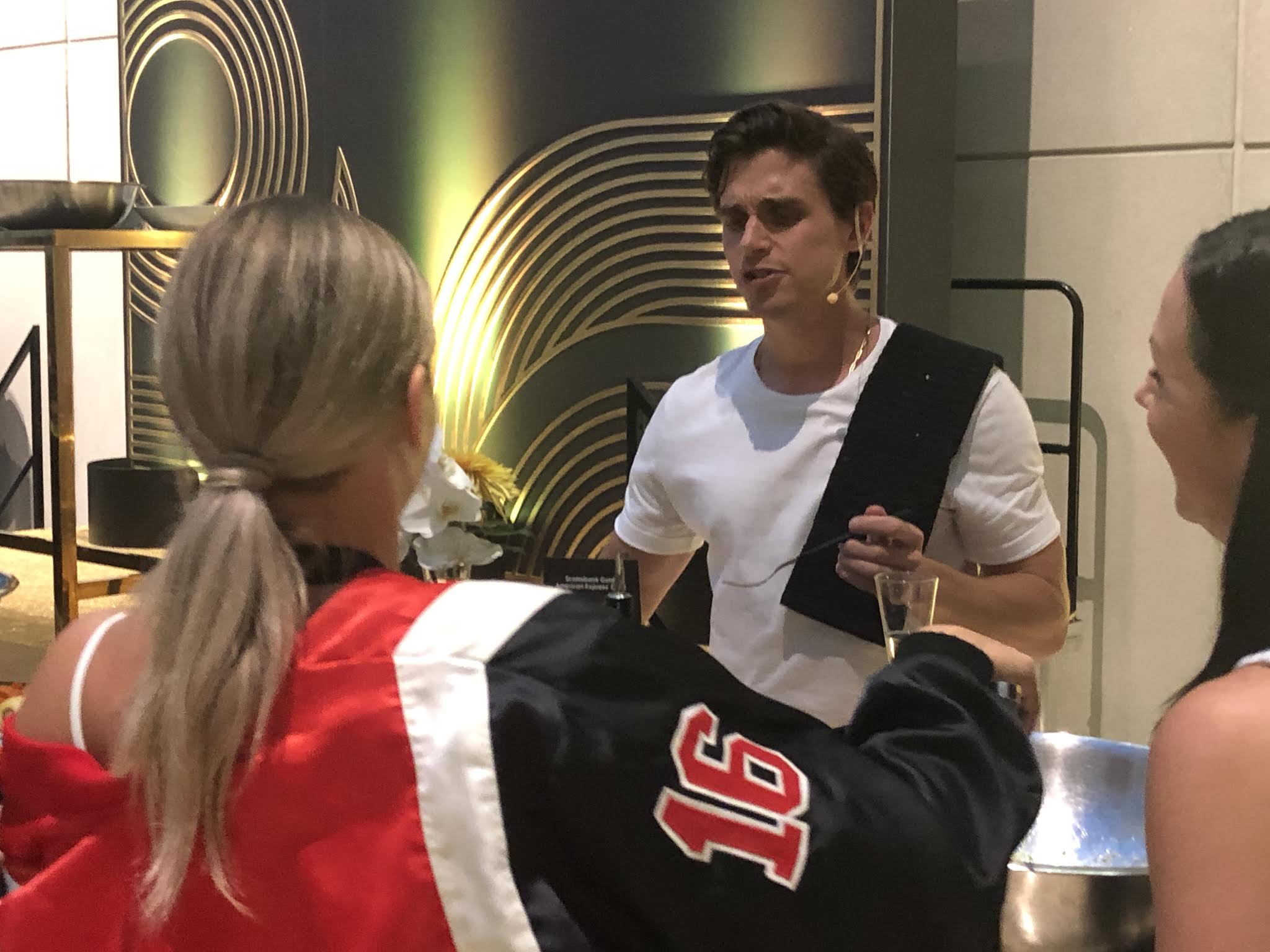 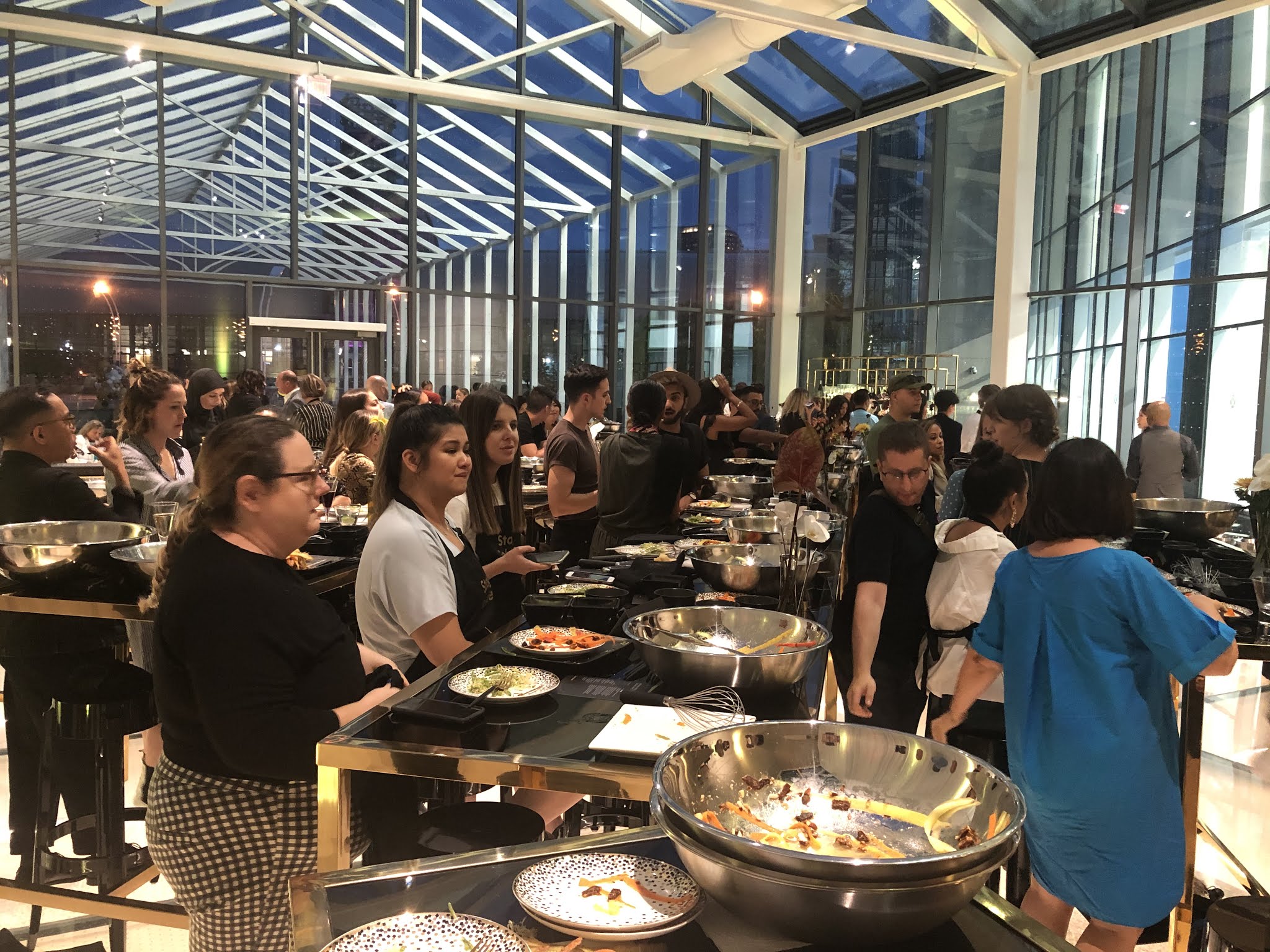 But Porowski wasn’t the only star in attendance.  Scotiabank made sure the audience understood the connections between the aspirational lifestyle Porowski showcases (on and off camera) and its newly refreshed Scotiabank Gold American Express Card.  The bank’s senior vice president of credit cards and lending, Brett Mooney, kicked off the evening by highlighting the long list of enhancements now featured on the card.

At a time when many of its rivals are devaluing their loyalty currency, Scotia is bumping up their reward offering and in the process doubling down on a segment of the population that’s keen to spend on categories rich in experience including food and drink.  The bank has a made a point of evolving its offering to keep pace with the changing spending behaviors of consumers. For example, customers can now earn accelerated rewards in new categories such as food delivery, ride sharing and streaming services.

Perhaps it’s what the card doesn’t feature that truly sets it apart.  As Mooney indicates, “we’re the only major bank to have a credit card that doesn’t charge customers a foreign transaction fee, saving them 2.5% on purchases made online or while travelling abroad in another currency.  Mooney adds that this feature alone will save the average customer more than $150 per year.

Here are some more photos from the event: 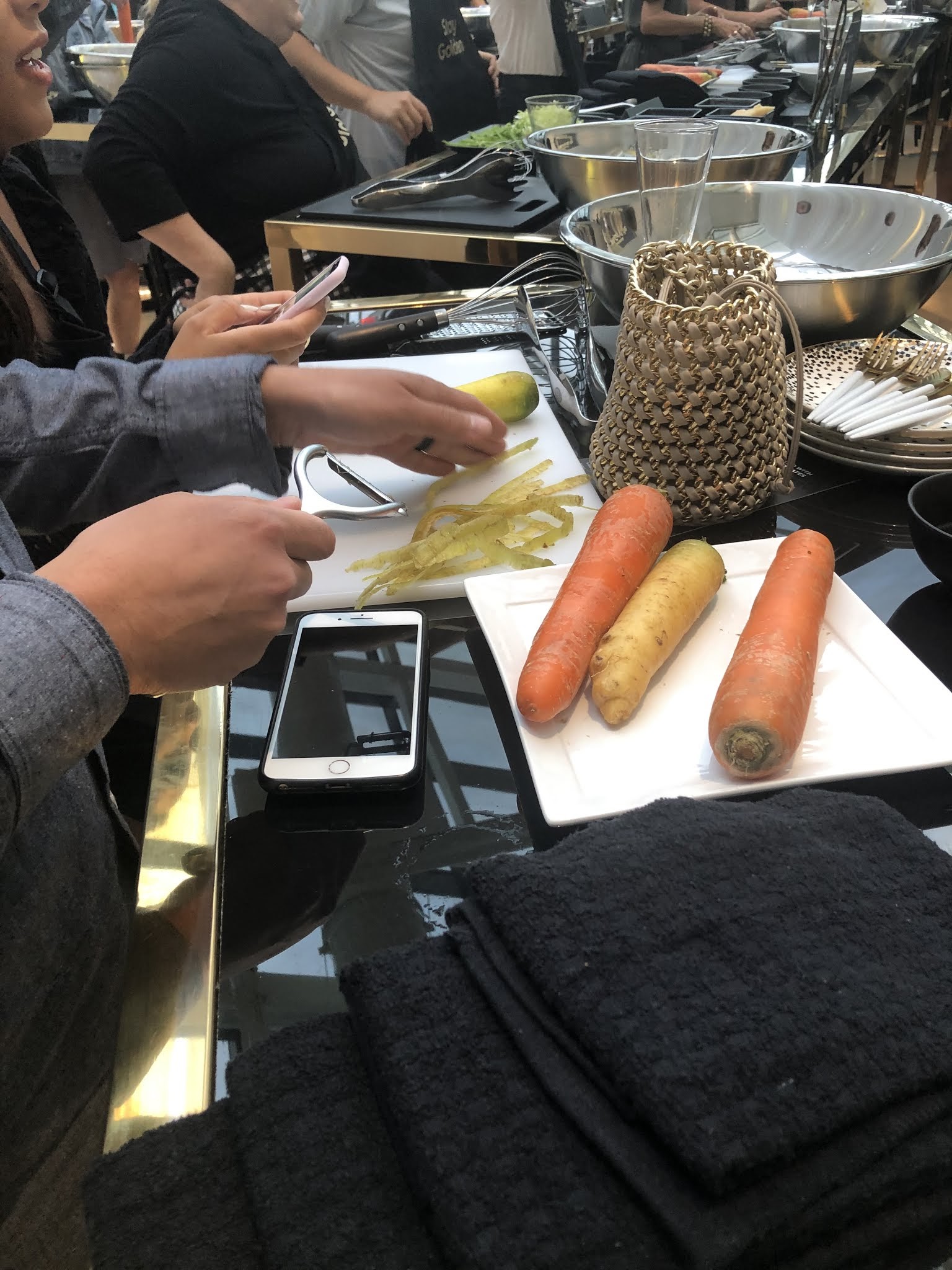 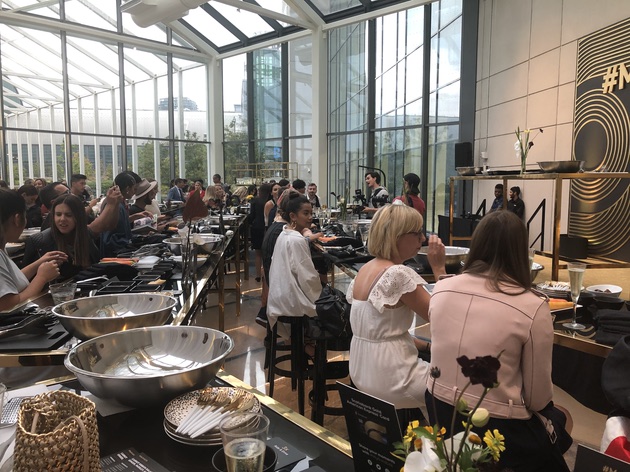 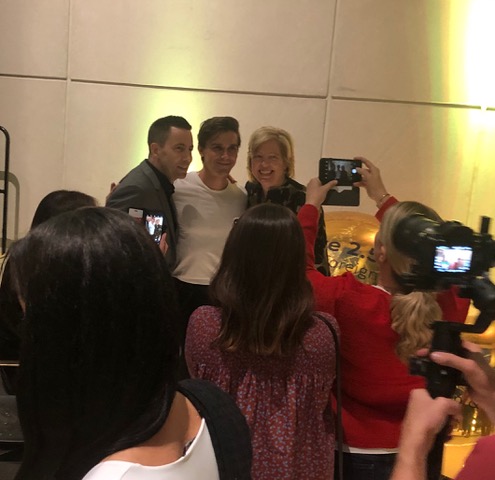 All images courtesy of Jeff Fredericks