Back in March when the Rewards Canada family flew to the U.S. on WestJet we noticed something new on our baggage tags – Priority. In my discussions with WestJet I heard nothing of this but I figured it was part of the evolution of the airline’s frequent flyer program and of course with them now having a Business Class product, it seemed like a logical progression. I didn’t make too much of it as our bags were almost the last ones off the flight in Palm Springs despite the Priority wording. The flight back was not in Plus sorry Premium like we had to PSP but our bags still had Priority wording which made me think it may be tied to status rather than fare class. Once again the bags weren’t out very fast. Obviously it was something new in the system that perhaps wasn’t fully communicated yet to the baggage handlers. Now the only note of Priority was the actual black box with white lettering on the actual bag tag. There were no additional tags like seen on other airlines.

Fast forward to the May long weekend and we were flying WestJet once again. One way in Plus Premium again, and Economy on the return. Both ways the bag tags had the Priority wording but this time we had agents come up to the self serve kiosks to add in orange WestJet Priority Tags for the bags. 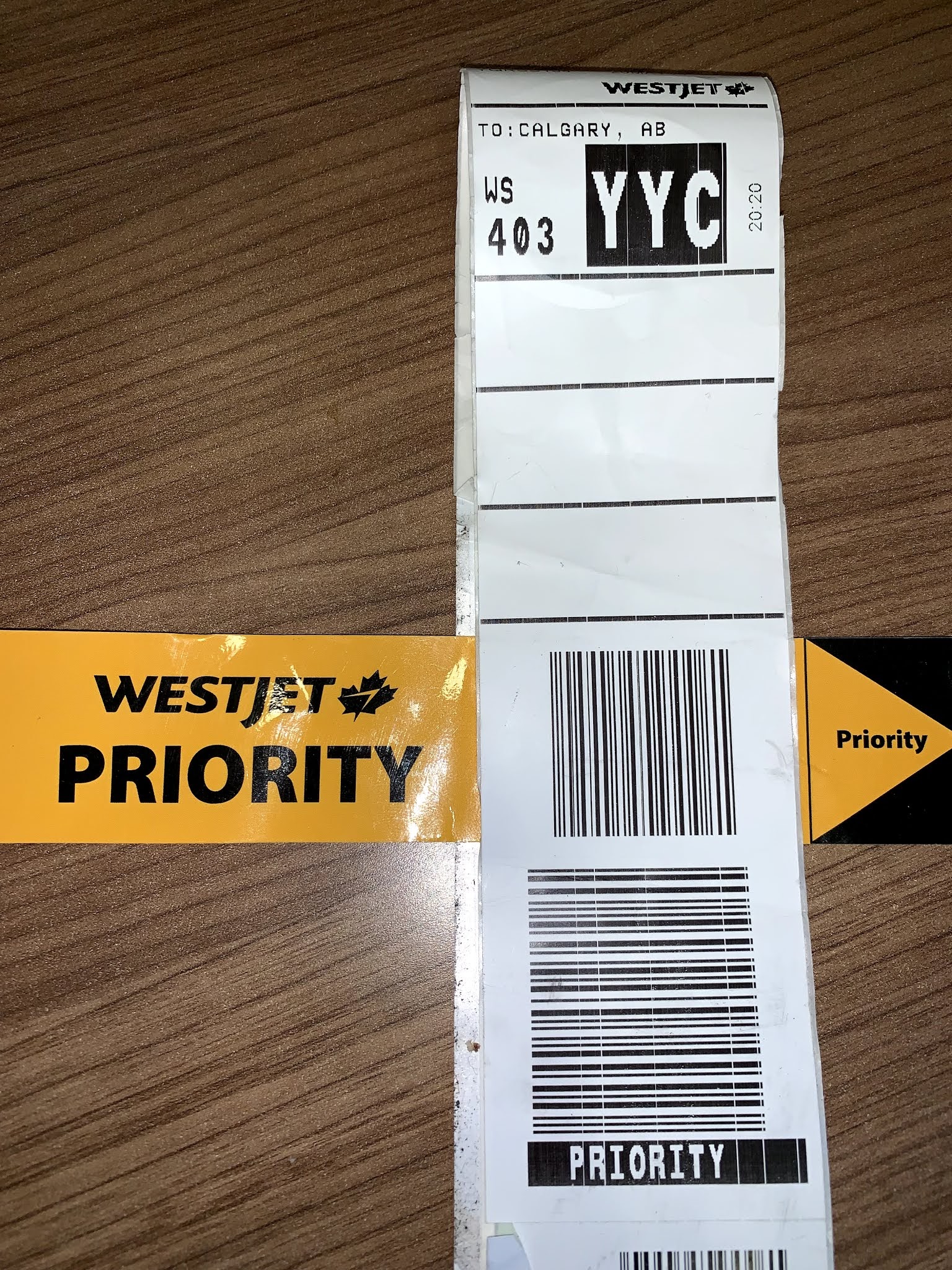 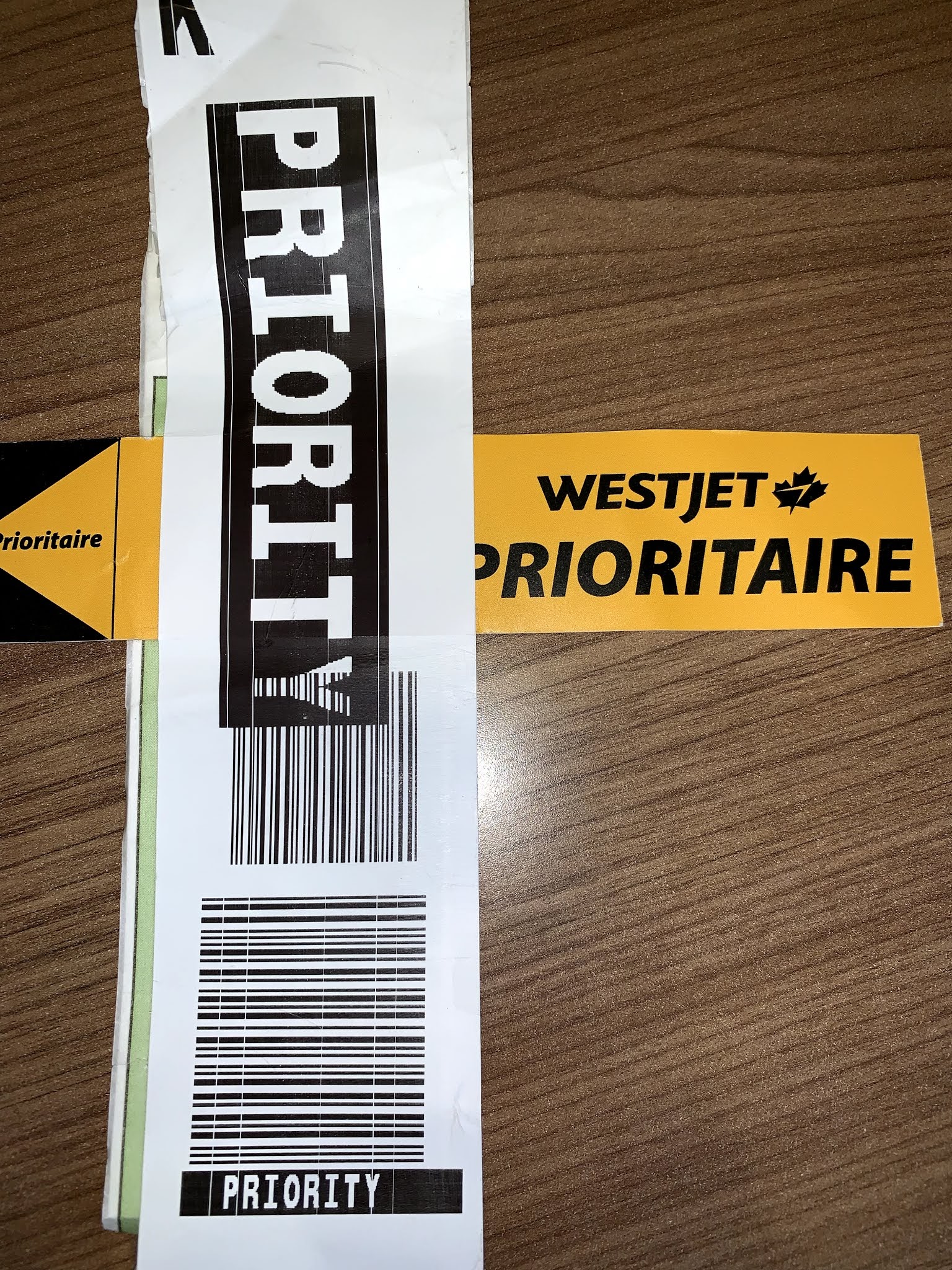 It seemed to work this time! Our bags were the first off in Regina and on the return they were within the first 10 bags on the carousel in YYC. I wasn’t 100% sure why we got Priority tags on the flight back in Economy but that question was answered in an email sent out to Gold and Platinum members yesterday: 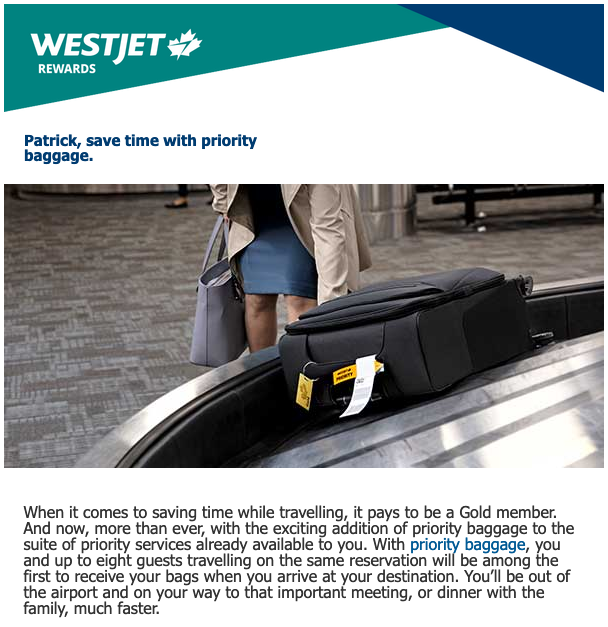 As you can see the Priority Baggage is an elite status benefit, not a fare class benefit although I would suspect flying in Business Class on the 787 will get you the Priority tags as well. Maybe one of our readers who has been lucky enough to fly the 787 in business (without status) could confirm this.

UPDATE: WestJet has let us know that Priority is also a benefit when you fly on Premium or Business Class fares.

I applaud WestJet for adding another valuable benefit to their program to make it compete with the big airlines and programs from around the globe. Overall we are 50/50 for the service but then again the first two flights could have been before the baggage handlers even knew about this new feature.