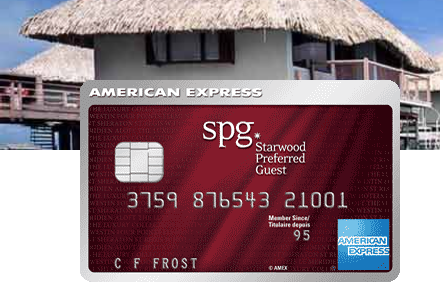 For
sometime now we’ve known what the earn rates and benefits will be on
current and new U.S. issued Marriott and Starwood credit cards from Chase and
American Express respectively. Here in Canada we have not, we have only been able to
speculate on what changes will happen to the Starwood Preferred Guest Credit Card from American Express. The time has come and now we know what is happening to the
card when the three loyalty programs that are owned by Marriott become
one this August.


As speculated the earn rate on everyday
purchases, that is earning on non-Marriott/Starwood hotel purchases is
matching that of the U.S.. This earn rate is 2 points per dollar spent.
This is a devaluation from the current earn rate of 1 Starpoint
per dollar spent which is equivalent to 3 Marriott Rewards points. So
you’ll see a 33% reduction in earn for most spending made on this card. For Marriott and Starwood purchases, the new earn rate will be 5 points per
dollar – again another devaluation from the current promotional rate of 2
Starpoitns per dollar or 6 Marriott Rewards points. You may be asking
why didn’t they match the cards in the U.S. on the hotel stay earn rate and I can only speculate that it has to do with the fact that
the majority of their hotels are not in Canada and they are taking into account exchange rates. Think
about it, a US$100 hotel stay will earn 600 points with a U.S. card but
at 5 points per dollar with the Canadian card you’ll earn roughly 650
points (US$100 = ~ C$130 x 5 points = 650 points) So the Canadian card
will in fact earn more per Marriott/Starwood stay than it’s U.S.
counterpart. No matter what though it is a still slight devaluation from the promotional earn rate we’ve become accustomed to.

Now,
it’s not only the earn rates that are changing on the card, some of the benefits are changing as well and are actually better now and
should help offset some of the decrease in points earning. The best news
is the change to the free night award benefit. Currently when you spend
$40,000 or more on the card annually you get a Category 1-4 free
weekend night certificate and that spend requirement will be gone. Every
cardholder will now get an annual free night redeemable any night of the
week at eligible SPG and Marriott properties with a redemption value of
up to 35,000 points (Category 1-5 in the new combined program) This free night will be awarded automatically each year after your anniversary date. This is actually better than the free night award that came on the Chase Marriott Premier Visa card, that one only gave you the equivalent of hotels up to 25,000 points!

The
other benefit that sees a change is the elite status benefit. The
current SPG card awarded Gold Status when hit $30,000 of spending on the
card annually and while that remains ryou’ll receive automatic Silver elite status in the new program just by being a cardholder. So if
you were one who never hit $30,000 at least you now get some
recognition!

You can see now that the card is
taking some of the benefits from the discontinued Chase Marriott Premier
Visa Card (the Cat 1-5 certificate and automatic Silver status) without
eroding the current SPG card too much. If you were used to the Chase
card you are getting a better earn rate and insurance package and still get
two of its three major benefits. The only one missing is the no foreign transaction
fee. That’s pretty good a deal. If you’ve had the SPG card now for sometime it
may be hard to get used to the new earn rates but hopefully the new
benefits will help make up for that. I think American Express has done a
good job in recreating this card for the new program, I knew based on
the U.S. cards that there was no way we’d get a 3 point earn rate for
everyday spending but I was a little surprised that the hotel earn rate
is only 5 points per dollar spent. I thought even with exchange rates
and such they would have gone with 6 points like the U.S. card and the
fact that its equivalent to the current 2 Starpoint rate they have already been providing.

My
wife carries this card and once I learned about the new earn rates and
benefits I know we’ll keep it in our family portfolio as the Free Night
Award is worth more than the annual fee itself.

If you hold the Starwood Preferred Guest Business Credit Card from American Express the card has the same benefits as above but has one more somewhat better earn option. It will earn 3 points for every dollar in Card purchases on eligible gas, dining and travel. If you make a lot of purchases in those three categories it may be worth it the get the business card over the consumer card.

One last thing we don’t know yet is if the sign up bonus on the Starwood cards will change come August. They are going to be in the U.S. so one can hope the same will happen here.