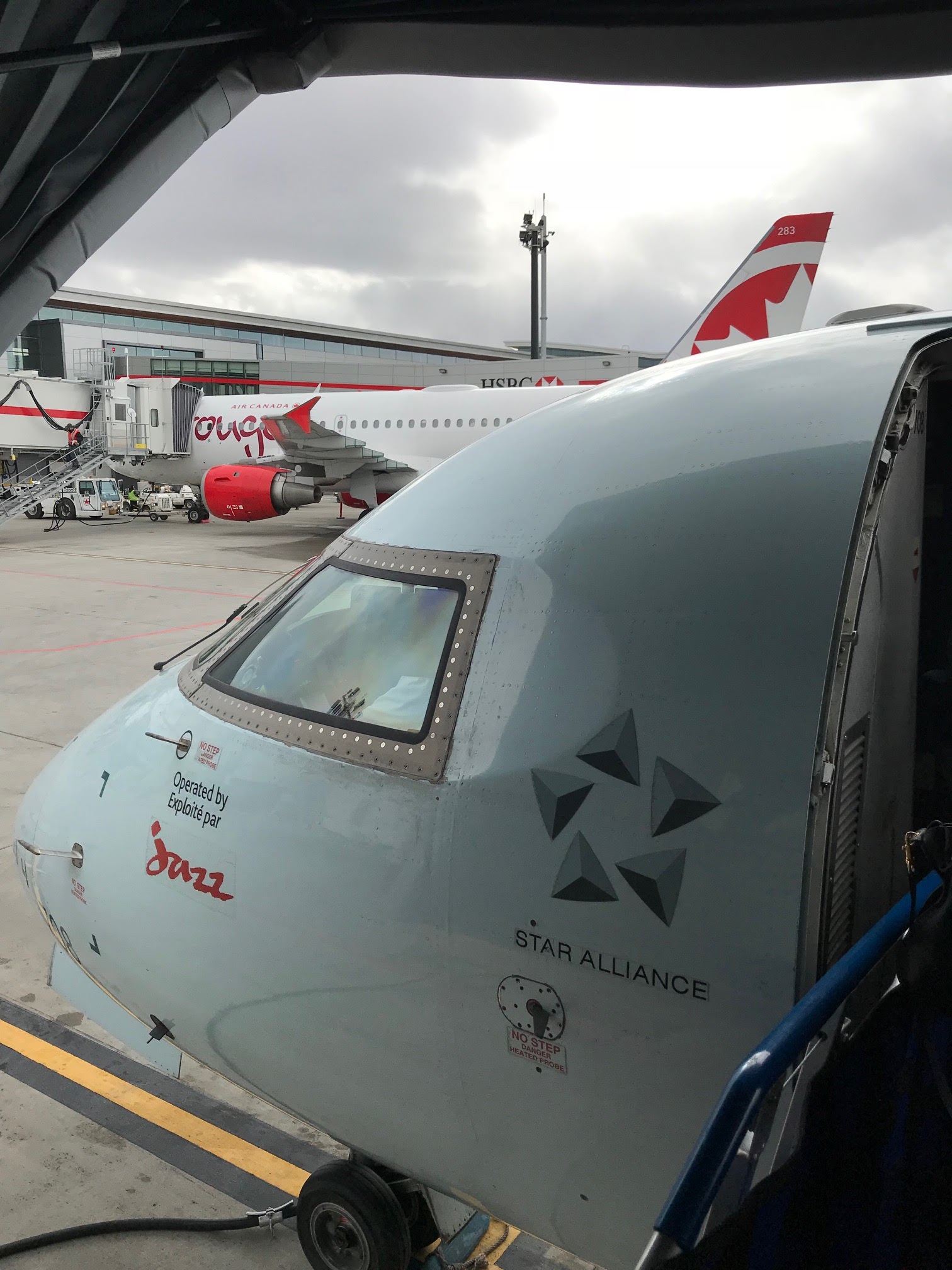 It’s been sometime since I’ve posted a flight review on here so I thought I would bring you one that I did take a few pictures on!

The Rewards Canada family made our annual pilgrimage to Maui, this time for Easter Break and for the first time in a long time we took connecting flights instead of flying direct. There were several reasons for this. First Air Canada rouged the Calgary to Kahului route so International Business Class pods are no longer available on the route and secondly since we were booking for Easter break which meant both Air Canada and WestJet were charging an arm and a leg for the direct flights! I started researching other options to get their comfortably and found Hawaiian Airlines was selling their first class (really business class but that’s what they call it for flights from the US mainland to the islands) but out of San Francisco. Not a big problem easy enough to fly to SFO from YYC and Air Canada has excellent pricing for business class there and back so it didn’t take long to book all the flights. The combination of AC business class and Hawaiian business calls came in at a price that wasn’t far off what WestJet and Rouge were charging! This was a good way to travel, try out a new airline and add in a day in SFO to our Maui trip

Here is the actual review of our YYC-SFO flights!

The flights between Calgary and San Francisco are operated by Air Canada Express (Jazz) with CRJ-900s. It’s been probably 10 years since we’ve flown on a CRJ and that last flight was in Economy Plus on United from SFO to Calgary! The flight down had an older plane while the flight back had a much newer one which was super clean, had LED lighting and felt and smelled brand new!

The seats seemed like your standard North American business class seats but all of us in the family did find them more comfortable than those used on Air Canada’s Airbus family.  The business class cabin has a 1-2 layout which is perfect for families of 4 (2 and 2 ahead of each other) or for single travelers who want that coveted single seat! The seats offer a 37″ pitch and are 21″ wide. For a family that doesn’t tower like ours the 37″ pitch works just fine – here are shots of the leg room I had: 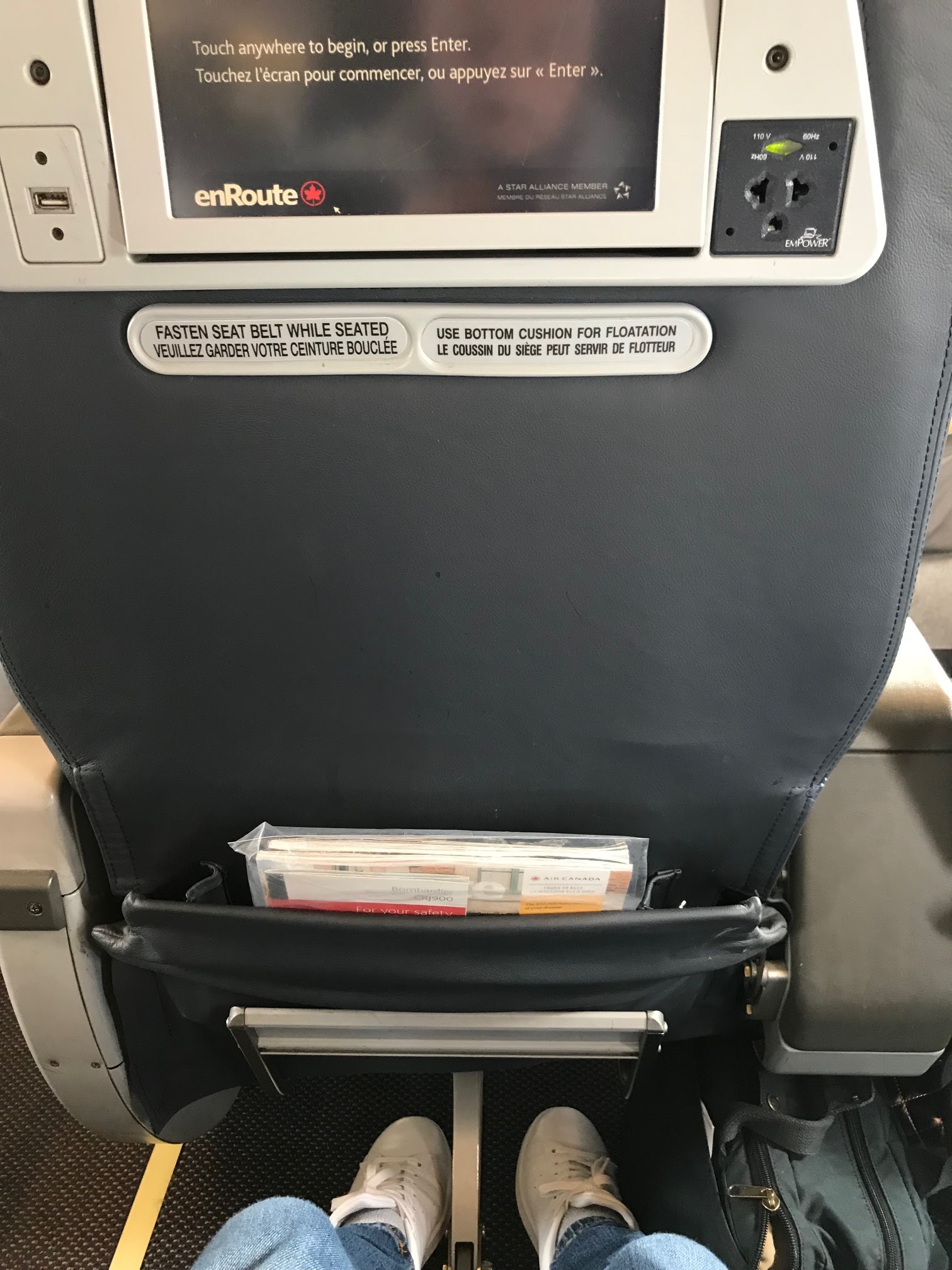 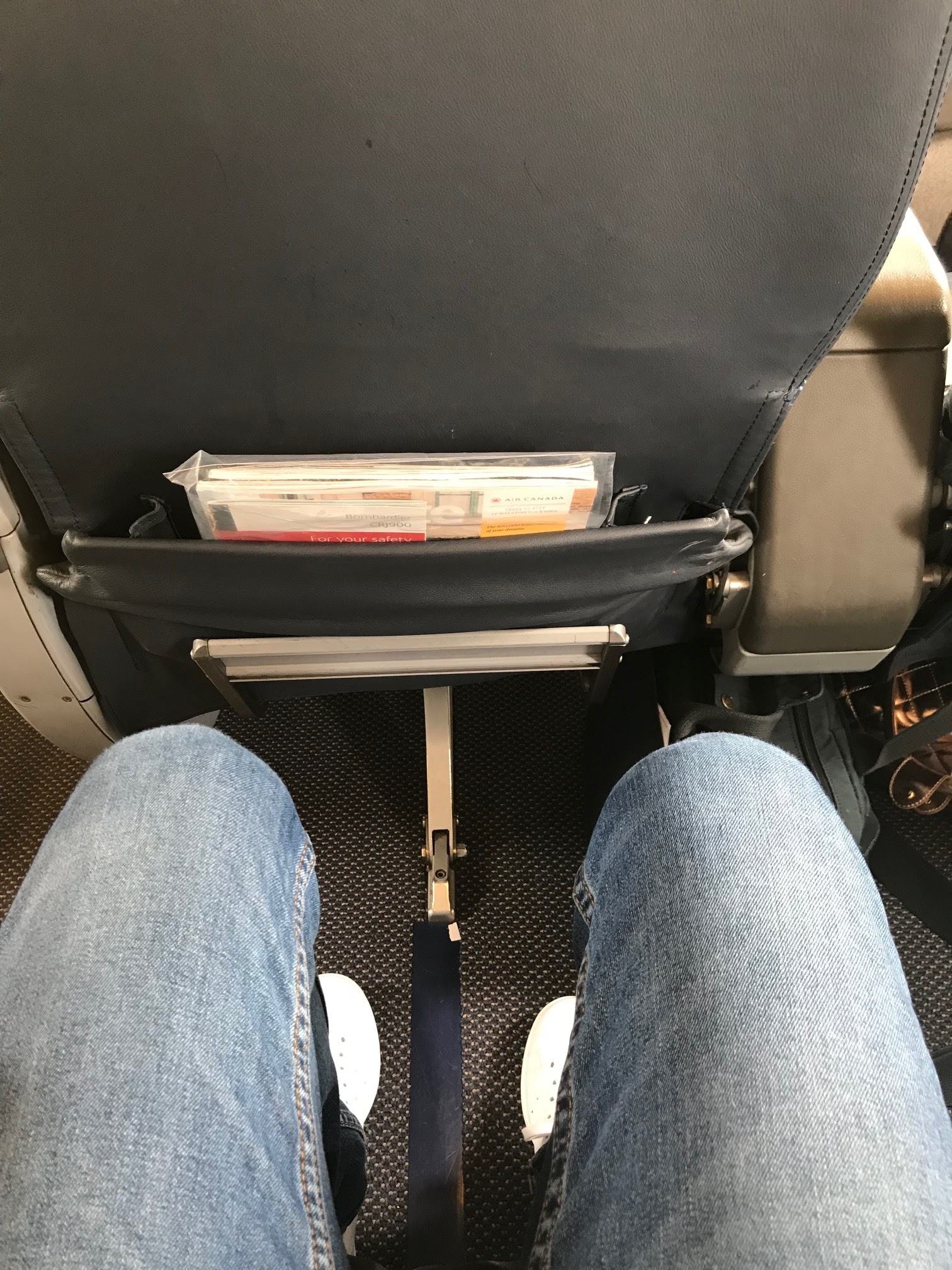 Flights in both directions were delayed especially so for the return. On that return flight the incoming plane was apparently held
in Calgary due to ground delays at SFO for the rain. In SFO we wanted
to visit the American Express Centurion Lounge for the delay, we went in
and were out within about 5 minutes as it was so crowded! The line up
to get drinks from the single bartender was at least 10 people deep if
not more. Even with further entry restrictions on these lounges they are
proving to be so popular that they can’t be enjoyed. We found a much
quieter and surprisingly comfier spot in terminal G where AC flies out
of, sure the food and drinks weren’t free but the sanity was worth it.

Arriving into SFO is always fun as it is one of the best airports to plane spot from your seat on the plane: 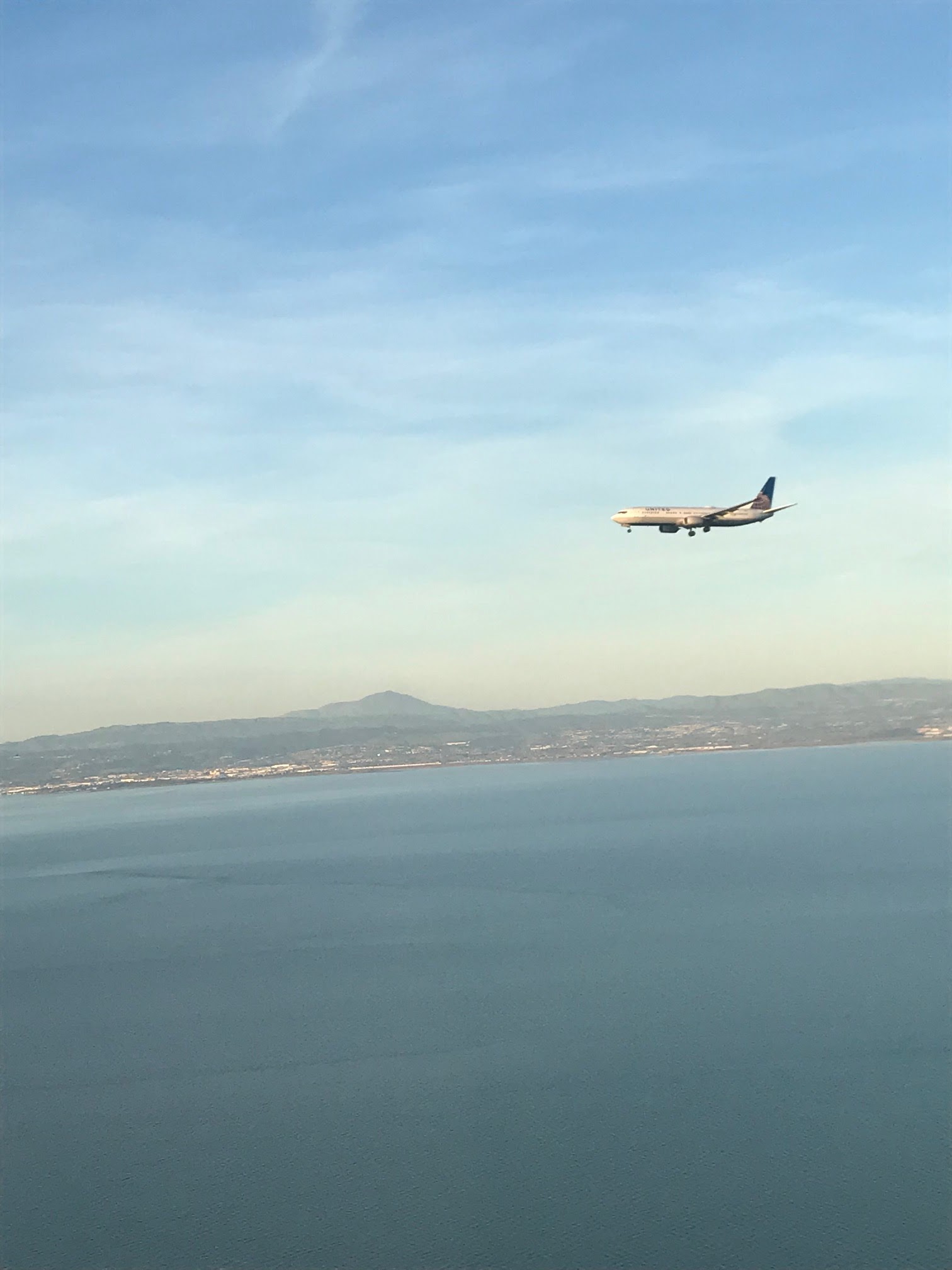 In flight service both ways was attentive and good. There are no complaints at all with the friendliness of the crews as well as  the drink and snack selections.

Food was so-so for both flights. Going down to SFO the chicken dish was edible and on the return flight you could tell the my wife’s meal was at the hottest part of the oven as the rice was rock hard while mine was probably next to it as it was partially hard!

On the flight back to Calgary the in-flight entertainment system was inoperative and despite several resets the cabin crew could not get it to work. They had issues on the flight down to SFO as well so the attendants already had compensation cards ready and handed them out to all of the business class passengers. Good planning on the flight attendant’s part!

Overall flying AC domestic business class between Calgary and California is always nice and many times it is a great deal price wise – we’ve been lucky enough to do it quite a few times and find it a better option over WestJet’s Plus cabin although the latter will start implementing a true 2-2 cabin so we’ll have to see how that compares!

You may ask, why did we fly business class on this relatively short flight instead of economy and bring the price down even further? Well, we were lucky, when booking the flights business class was pricing out only about $100 more than economy – likely to compete with WestJet’s Plus pricing and when you factor in bag fees, seat selections fees and so on with the economy class fare not to mention extra Aeroplan miles earned in business the difference ends up only being around $40 which is more than worth it on a ~2 hour flight.

For future flights I would definitely fly Air Canada Express’ Business Class on this route if the price is right like it was for these ones!