In May of 2017 Air Canada moved from Terminal 2 to Terminal 6 at LAX and with it came a new Maple Leaf lounge. The old one in Terminal 2 was quite large after it expanded a few years previous and due to its size was a Priority Pass accessible lounge. The new Maple Leaf lounge in Terminal 6 looks and feels a lot like the old one however it is much smaller. Due to the size restriction the lounge is no longer participating in Priority Pass. Access is only available to those flying Air Canada Business Class, Air Canada Altitude members (Super Elite 100K, Elite 75K and 50K), Star Alliance Gold members, Maple Leaf Club members and American Express AeroplanPlus Reserve or Platinum cardholders.  TD/CIBC Visa Infinite, Infinite Privilege and Small Business Cardholders also have access to the lounge when flying on an Aeroplan award ticket. Priority Pass members while out of luck for the new Maple Leaf lounge do have access to the Alaska Airlines lounge in Terminal 6. 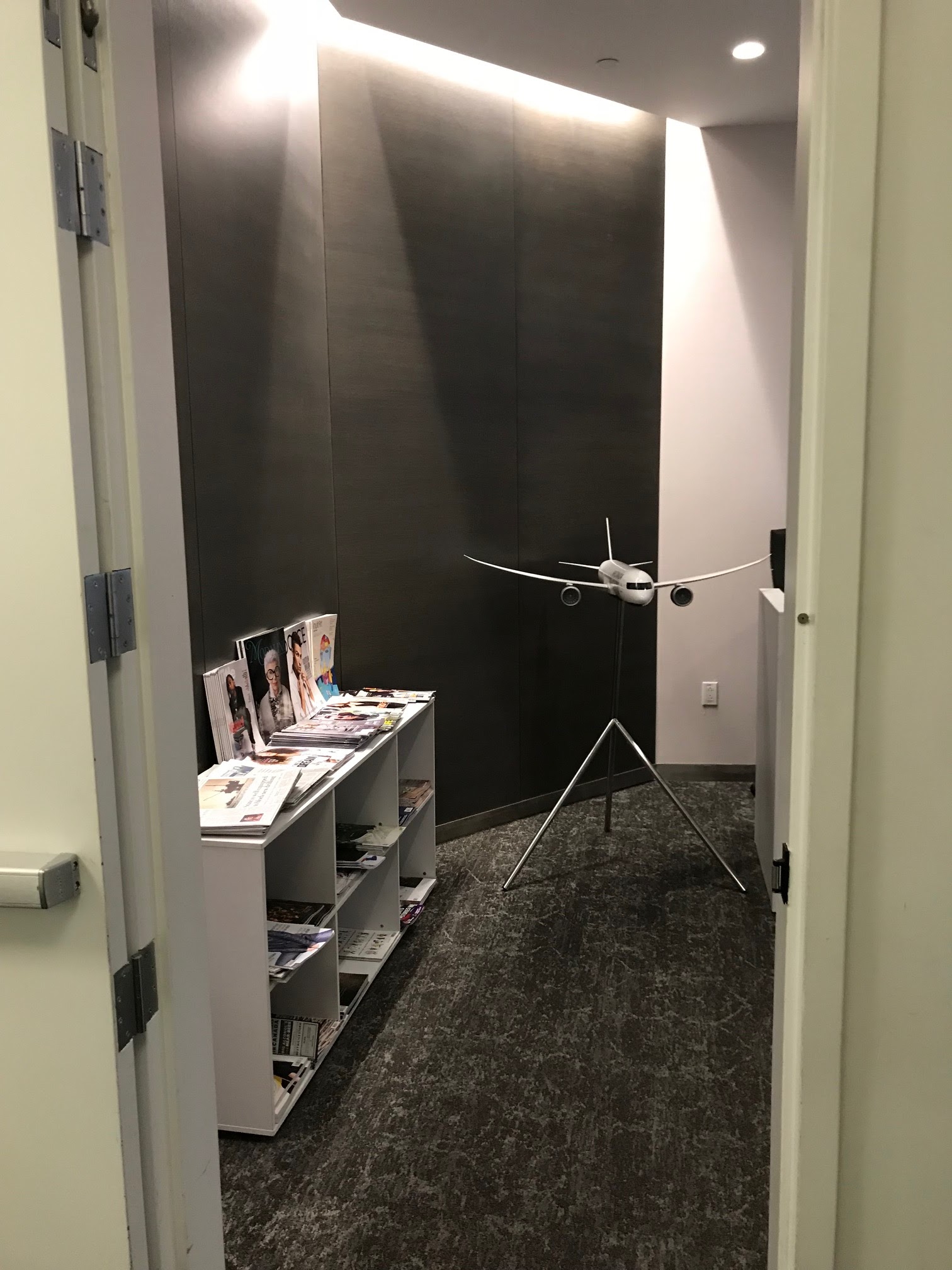 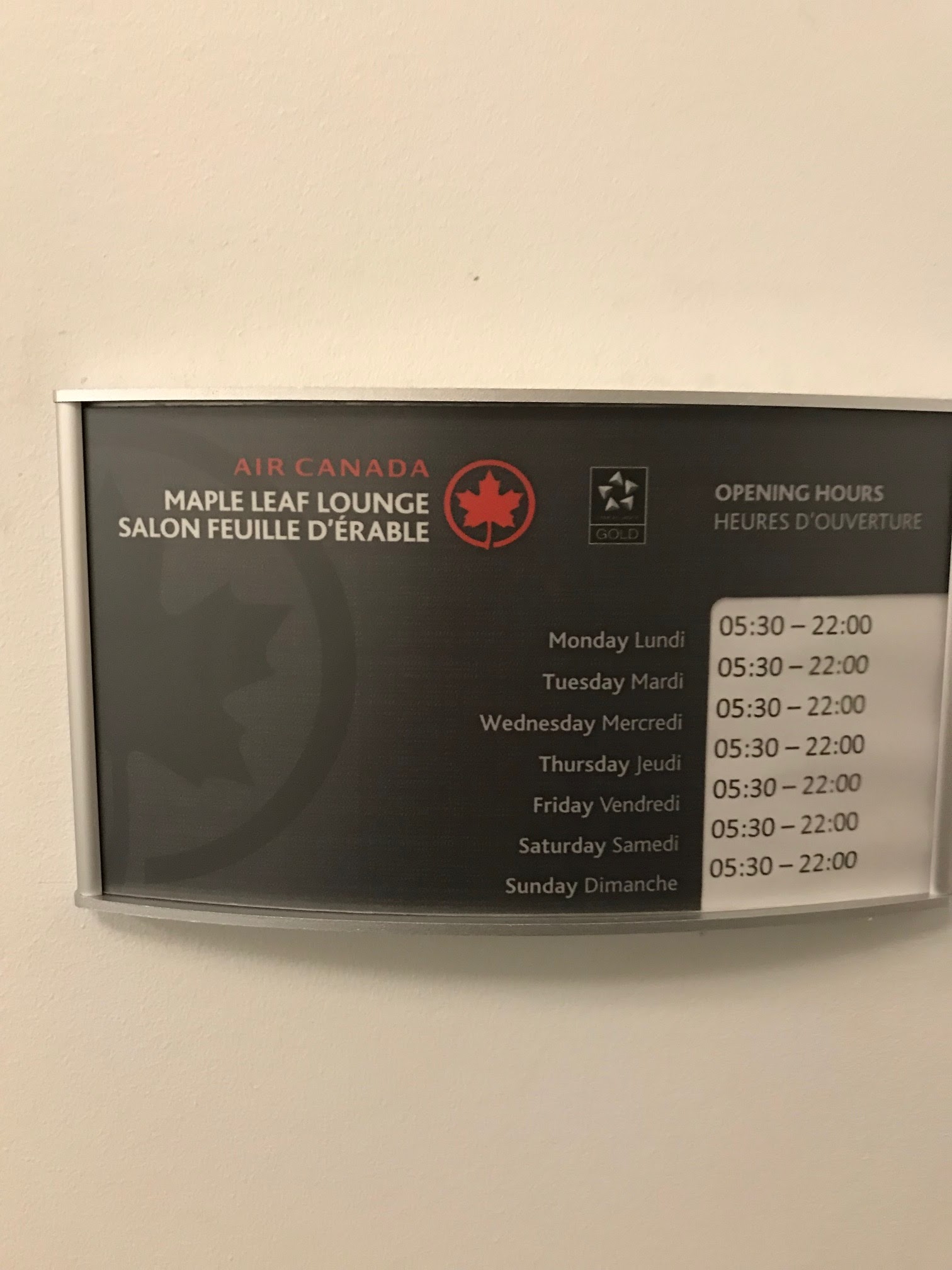 This was our first visit to the new lounge in Terminal 6 and our hopes were up that seeing the lounge was no longer part of Priority Pass that food and drink offerings would be enhanced. Such is not the case however. The food offerings were just as basic and simple as we found in the old Terminal 2 lounge. Things like Chips & Salsa, a couple salads and some soups were the main offerings: 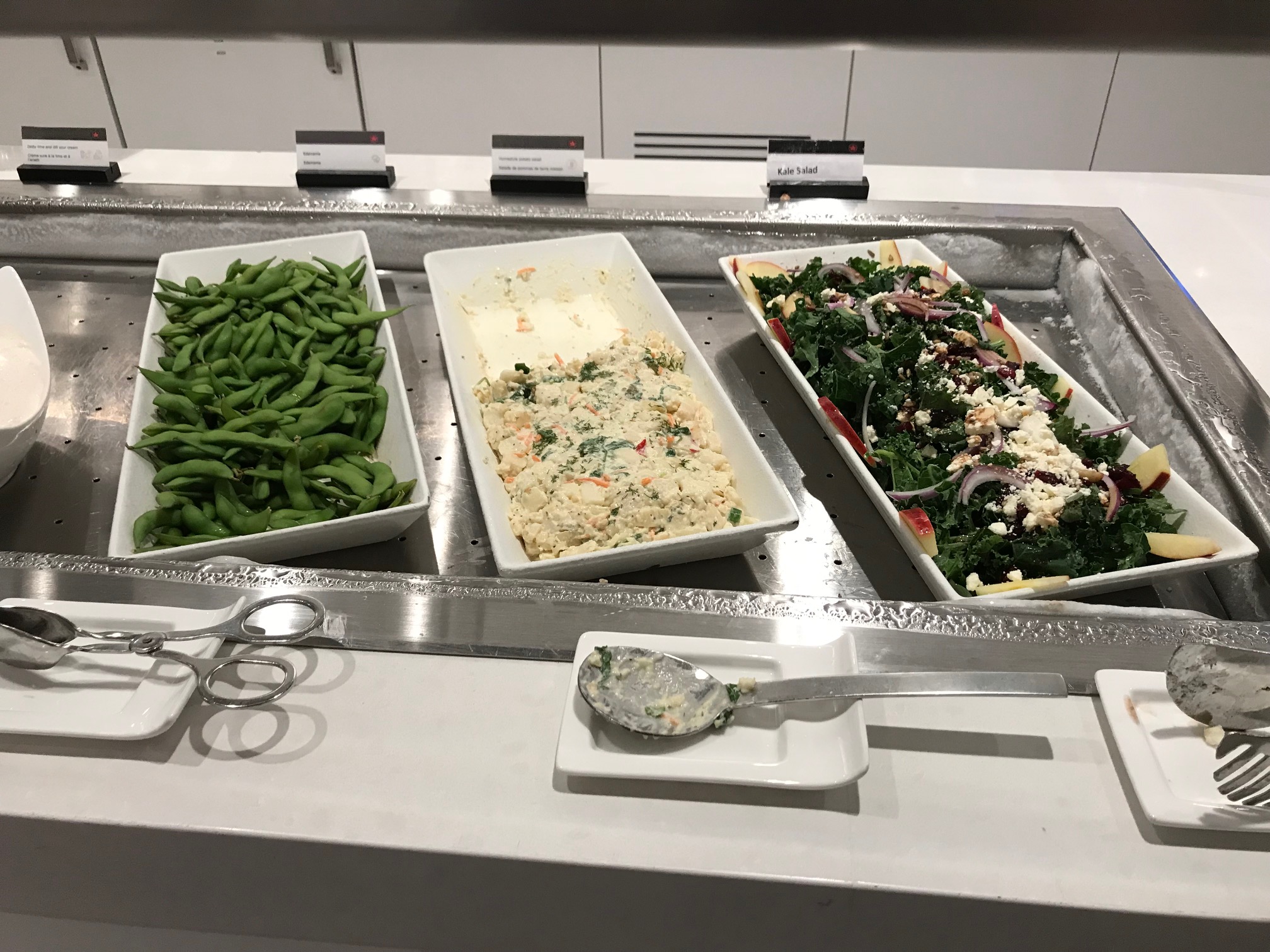 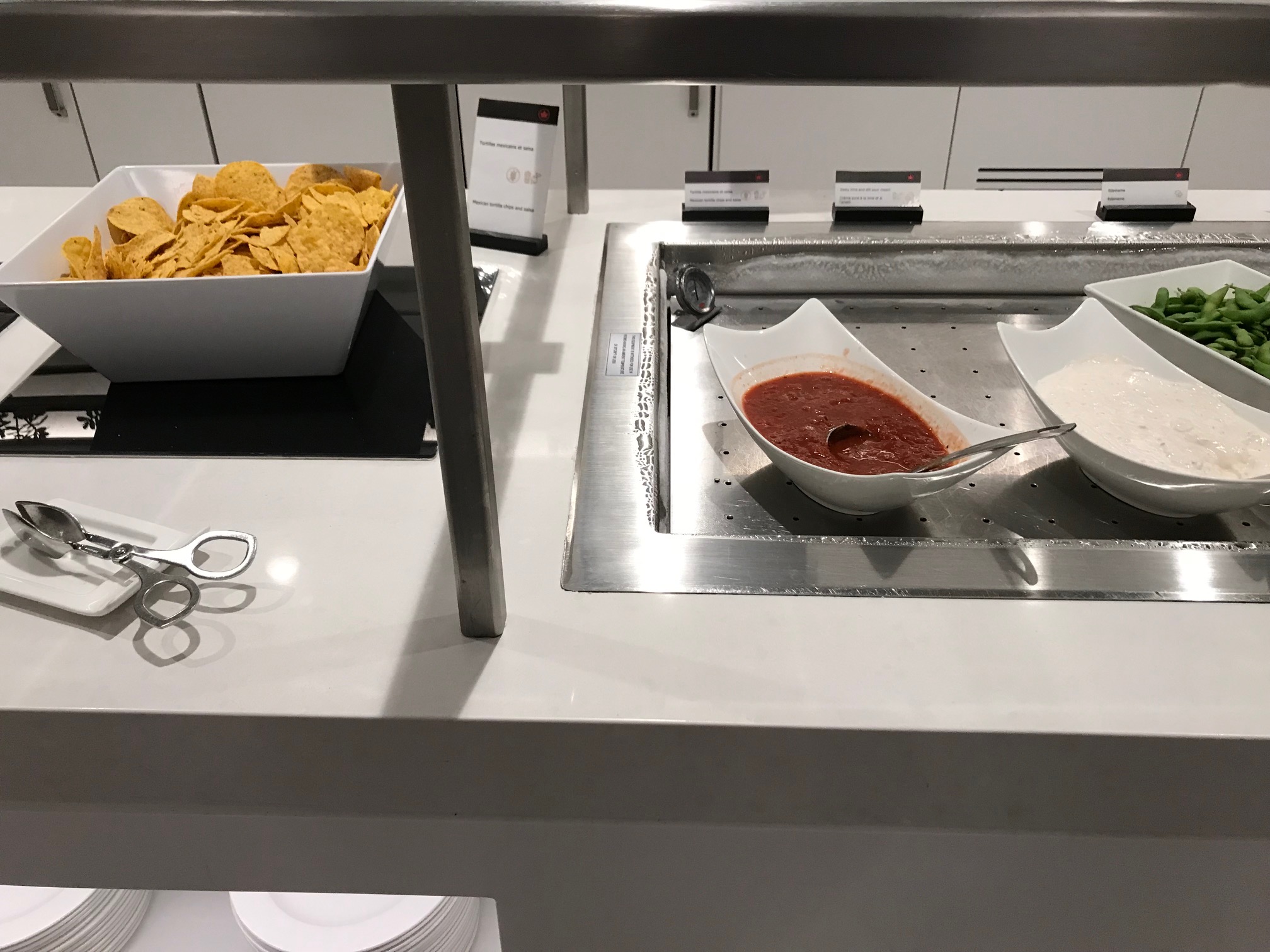 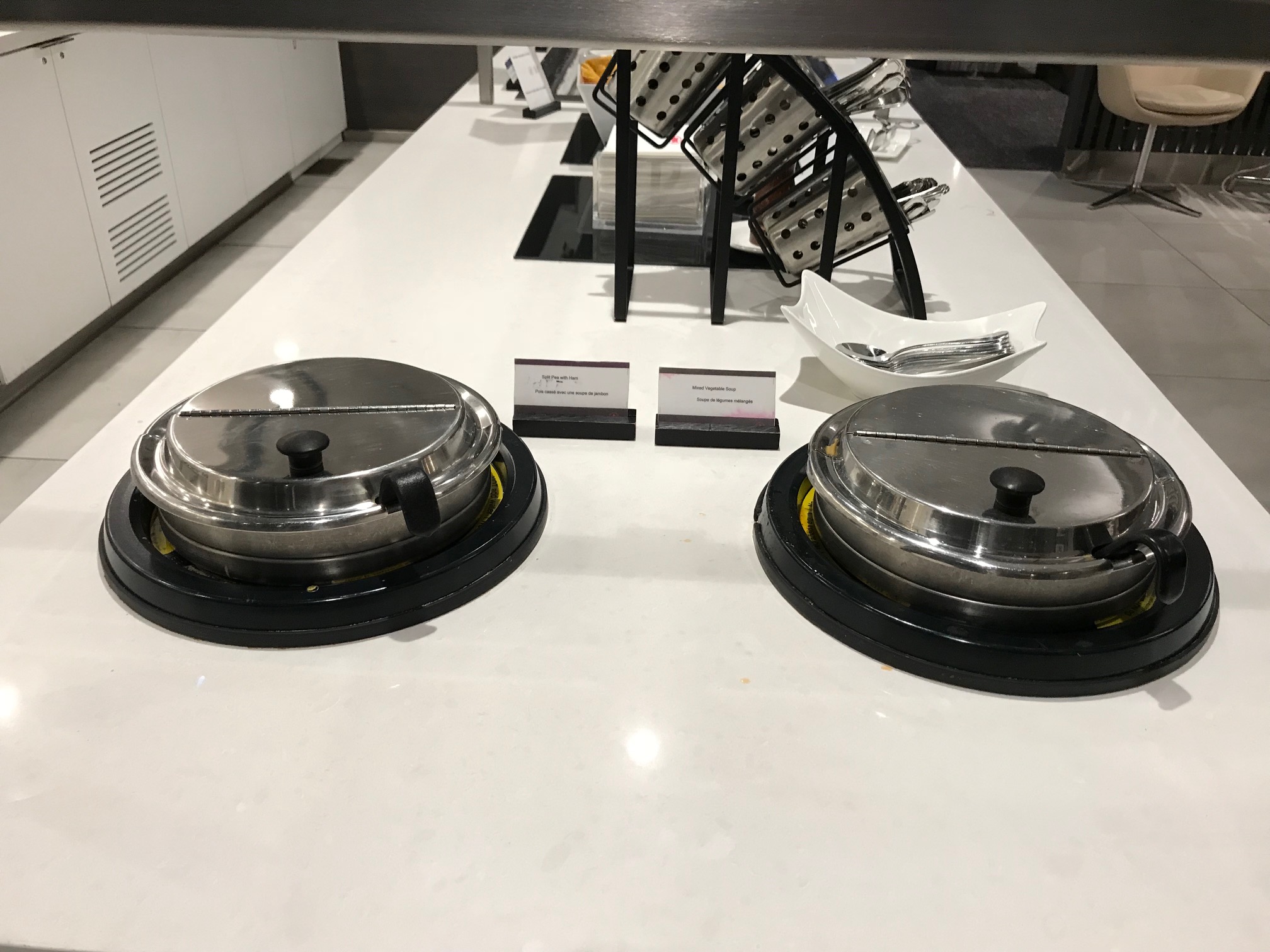 We ended up getting some extra food from some of the terminal restaurants and bringing it back to the lounge. Something you would think would not be necessary when flying business class.

Drinks are plentiful and the selection is good for cold and hot beverages as well as an alright alcohol selection: 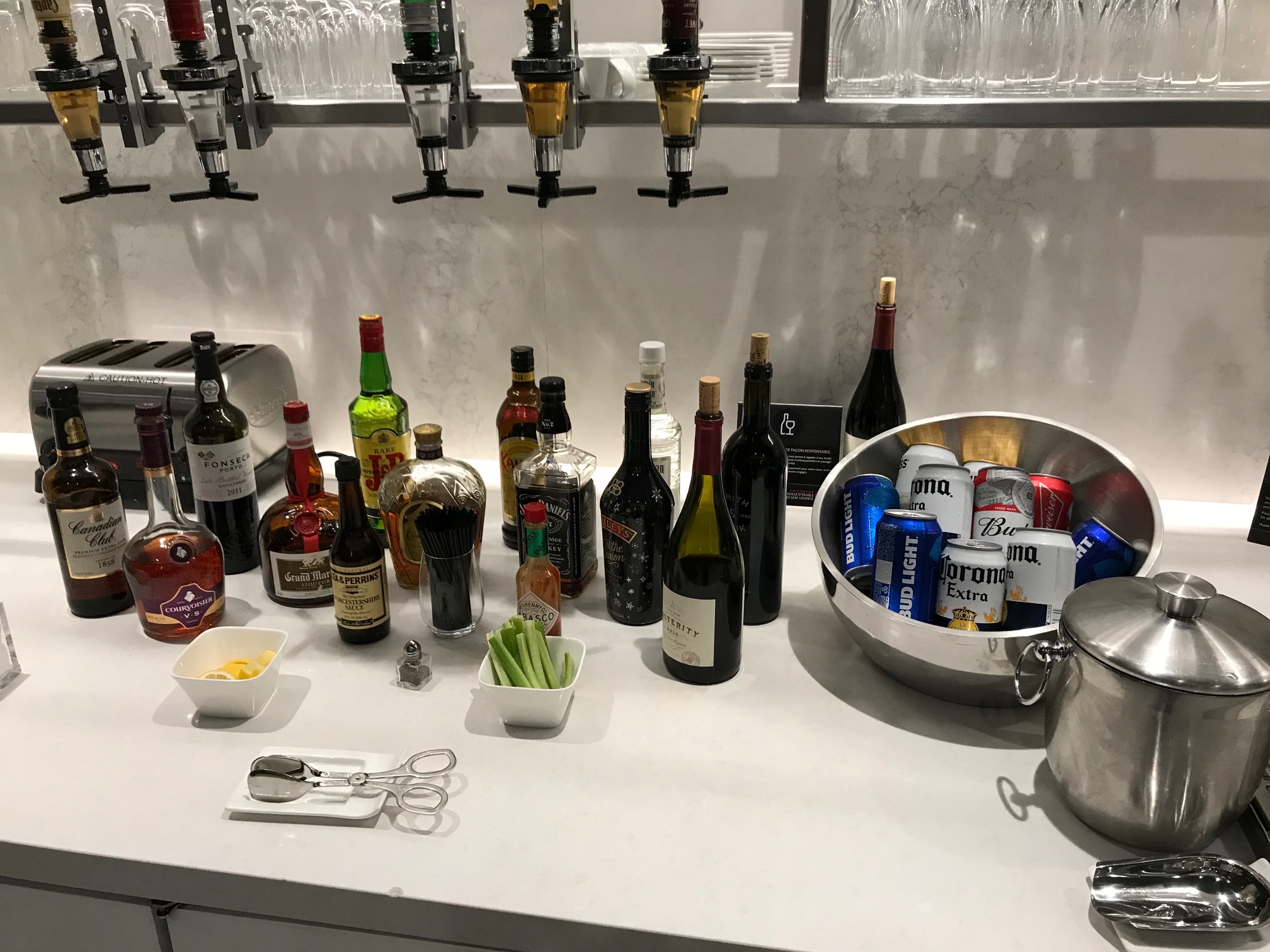 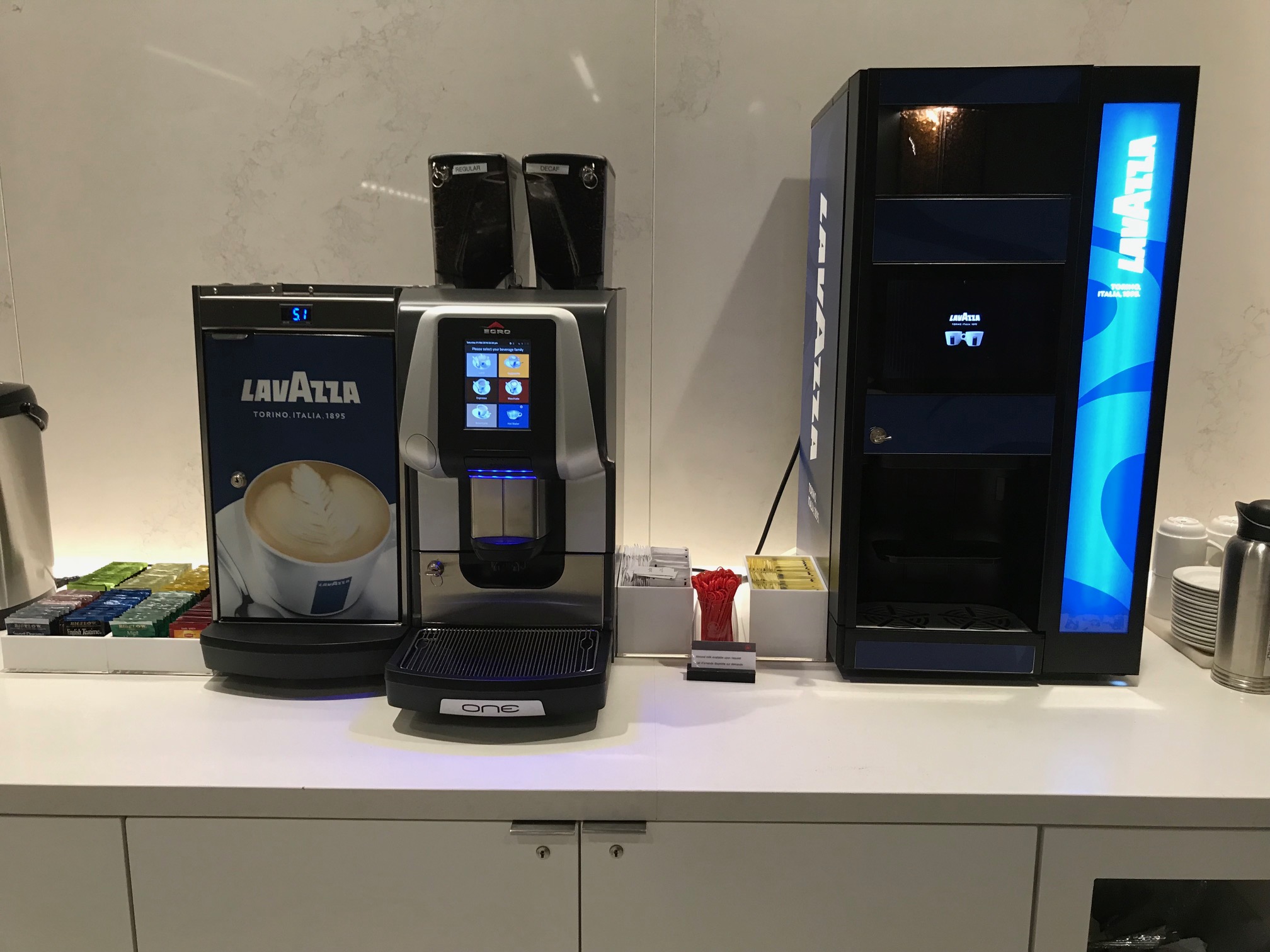 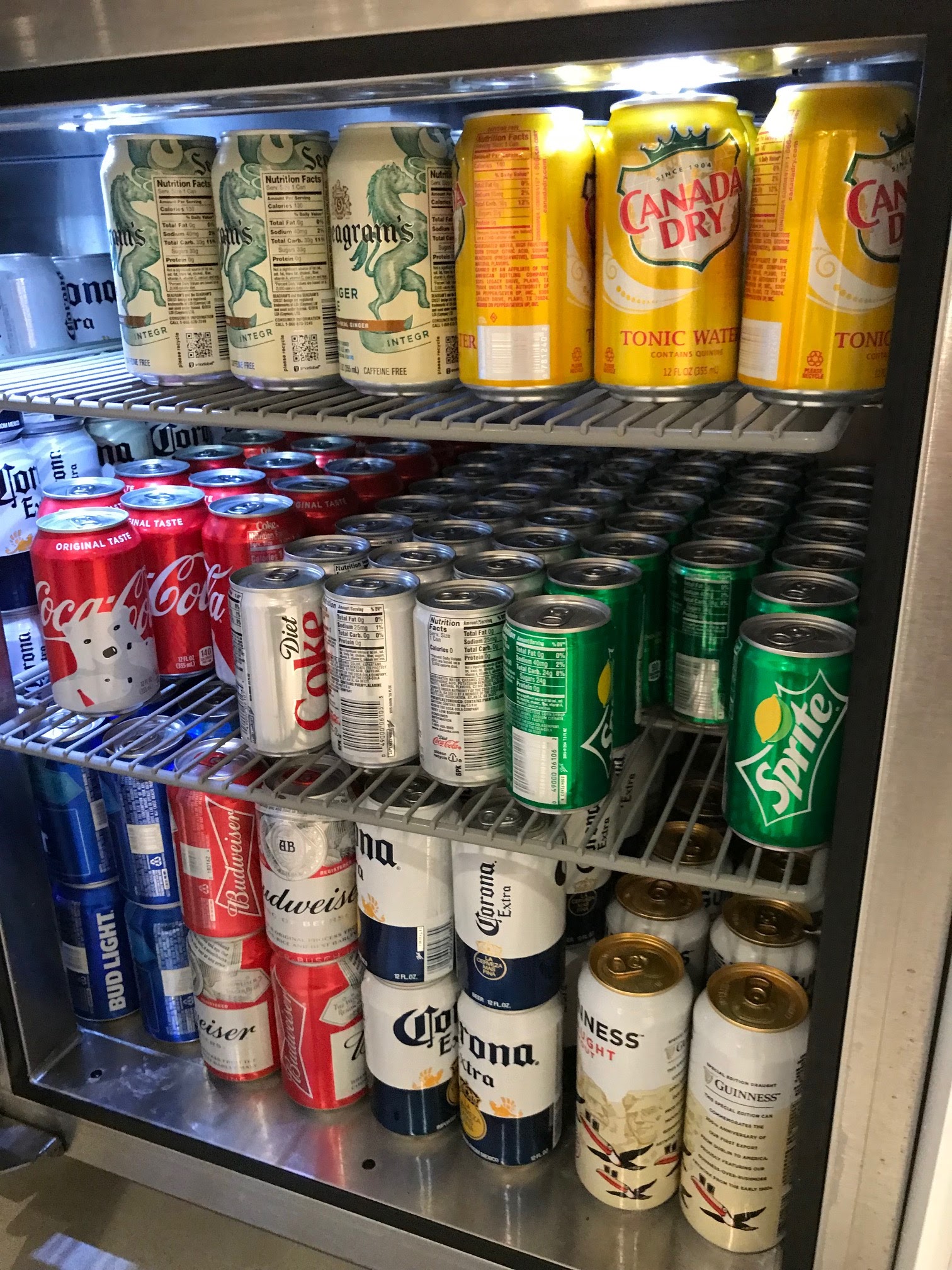 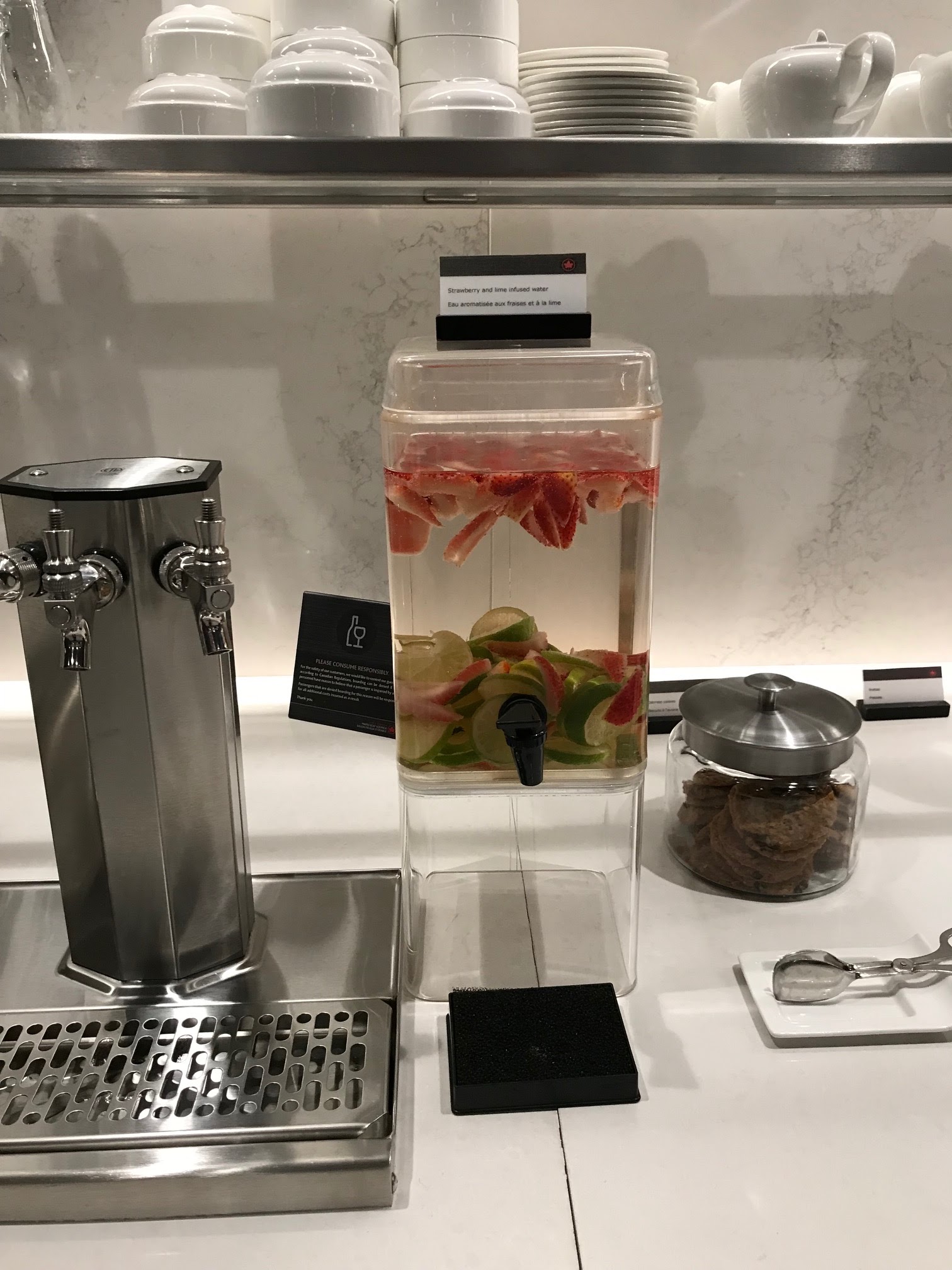 As already mentioned, the lounge is smaller so there is less seating but it is definitely quieter thanks to it no longer having the Priority Pass option. When we arrived at the lounge for our evening flight to YYC there were only 3 or 4 people in the lounge and that probably maxed out at about 20 people once others began arriving for our flight and the later YYZ flight. Seating areas are much like those seen in the old lounge: 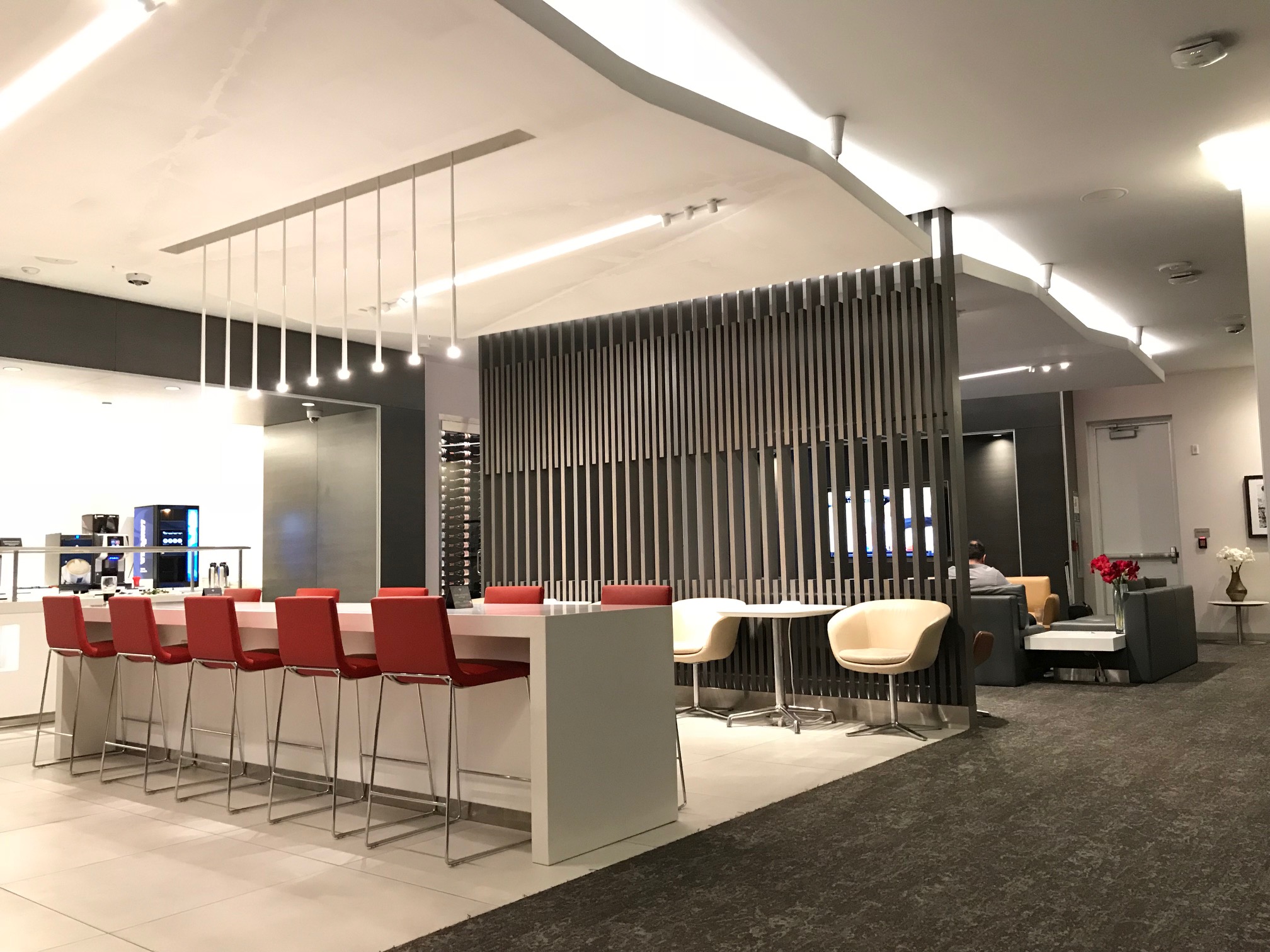 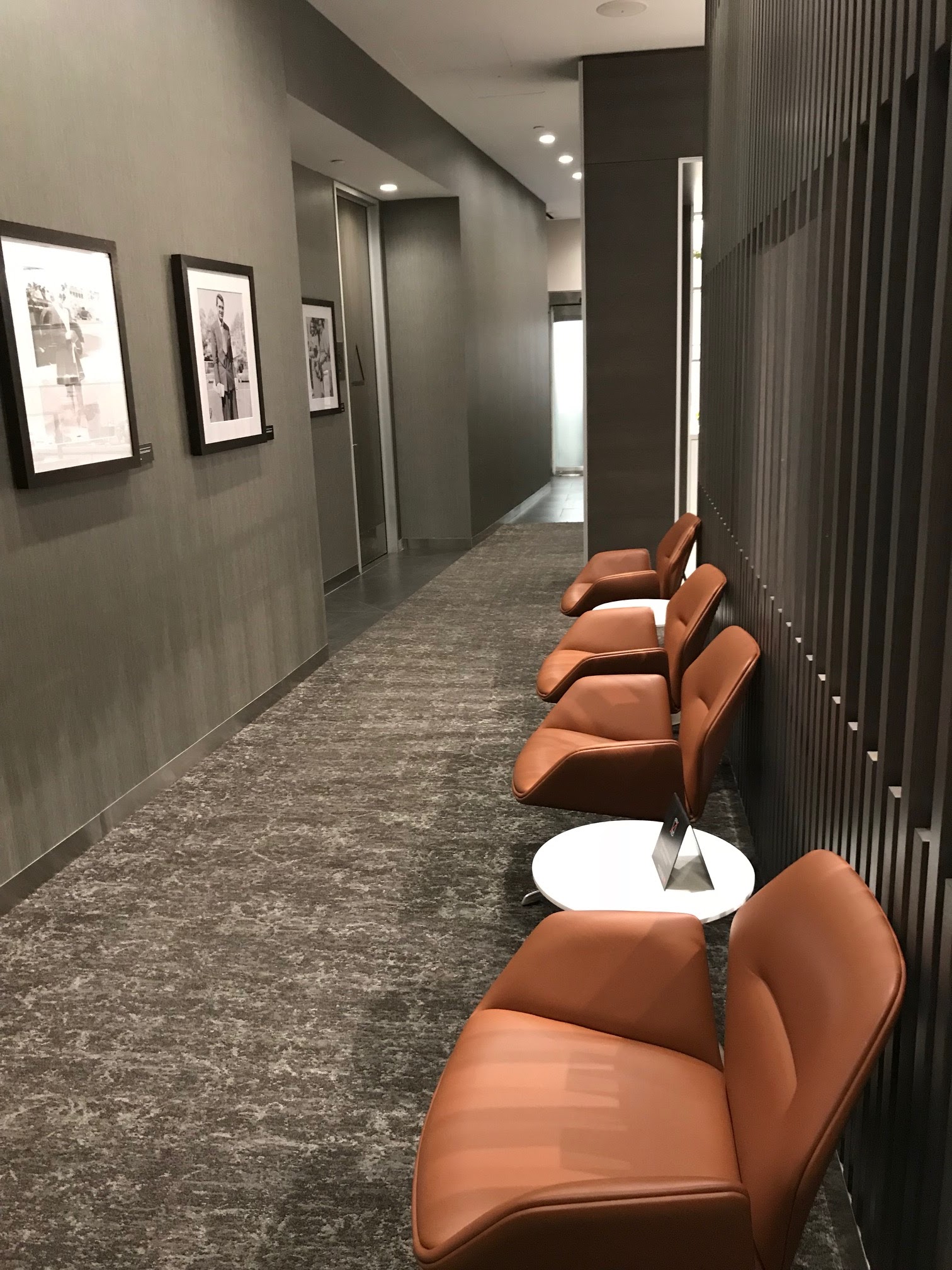 I don’t have pictures of the outside views as it was dark by the time we arrived and while the lounge does look onto the west apron of Terminal 6 it is further down the building when compared to the old lounge so it does not afford as good as plane spotting opportunities all the avgeeks enjoyed in the old Maple Leaf lounge.

Overall, the new lounge has its pros and cons – the main pro being that it is definitely less busy than the old Terminal 2 lounge and the cons are primarily the food offerings and the views. Granted, being in the lounge beats sitting in the main terminal any day. Next time we may try out the Alaska lounge even if we’re flying Air Canada just to compare as we haven’t tried that lounge yet.

What do you think of the relatively new Maple Leaf lounge in LAX? Let us know in the comments below!