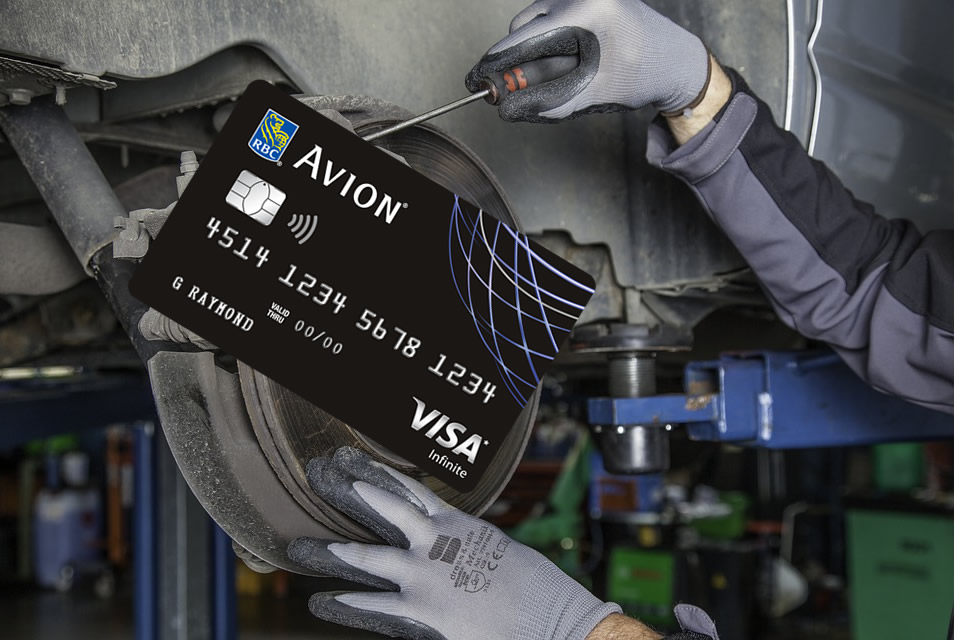 The credit card market in Canada is ever changing – it doesn’t seem like a month goes by without a new card being released or an existing card being revamped. And it is the latter that is the subject of this post. We have seen a lot of the major cards in our market go through an overhaul over the past few years, whether it was an enhancement, a devaluation or both. From the Scotiabank Gold American Express Card to CIBC’s suite of Aventura cards to the BMO Rewards World Elite Mastercard and the new Aeroplan cards, issuers have been making sure they do their best to be competitive. There are however some cards that have not been touched in ages by their issuers and in our opinion there is one that is in serious need of an overhaul to remain relevant and competitive in our market. 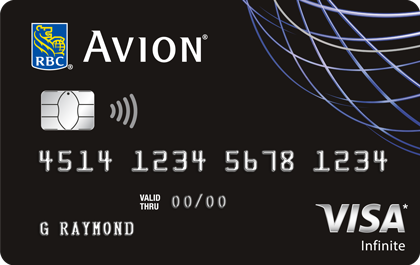 The card we are referring to  is the RBC Avion Visa Infinite Card. Despite being one of the most popular travel cards in Canada it has become somewhat of a dinosaur in our opinion and is the card most due for an overhaul. It’s the 90’s Cadillac going up against the latest Tesla, BMW and Mercedes models. But perhaps it is that popularity that has kept RBC from changing it up at all during this time. The bank did help pioneer the any airline at anytime flight reward that gained so much popularity during the 2000s and with huge marketing budgets they got a lot of people to sign up for the cards – even though their program had restrictions that proved to make it less flexible than other cards offering similar rewards. It really came down to RBC putting a lot of money behind the marketing of the Avion brand which built it into the powerhouse it is today. The fact of the matter is the card has virtually gone unchanged in over a decade. When we go back and read our first review of the card from 2011 the card looks almost the same now as it did then. The only real changes that have happened were the devaluation of North America rewards in 2009 (read here) and the devaluation of the transfer rate to American AAdvantage in 2017 (read here). To RBC’s defense they have added more non-travel reward options along with RBC Offers which provide discounts for shopping at select retailers, see our Guide to RBC Royal Bank ‘RBC Offers’ for details on those! But those additions don’t make up for the main reason why someone gets a travel rewards card – it is for the travel rewards and benefits.

And it is those real lack of changes where the issue lies – the majority of this card’s competitors have all become stronger in that time period but RBC hangs on solely thanks to a large cardmember base. And if our continued analyses of the card are any indication, it is a big money maker for them. This is based on the amount of spend you have to put on the card to redeem for those any airline at anytime flights. In fact in comparisons between the Avion Visa Infinite Card and the CIBC Aventura Visa Infinite Card as well as the American Express Cobalt Card, it is the RBC Avion Visa Infinite Card that in most cases will end up having the cardholder spend a lot more money for the same reward than on the other cards. For example in our Clash of the Reward Charts! American Express vs. RBC we show that at a minimum you would have to spend $52,000 on the RBC Avion Visa Infinite Card to get a flight to Europe from Canada. And on the American Express Cobalt Card? You could get it for as little as $12,000 in spending. That’s just one example of many where the Cobalt Card blows the Avion card out of the water.

Same goes when we compared the CIBC Aventura Visa Infinite Card to the RBC Avion Card – the former has better earn rates which make getting to a flight redemption that much faster. Finally several years ago we took a card that earns flat rate points for travel and compared it against the RBC Avion – again, in most cases the Avion card fell short.

What this indicates to us is that the bank has done very well – its Avion cardholders have to spend more money than competing products to get the same reward. Great for the bank – not so great for the consumer and I hope the consumer is listening and learning with posts like this!

If you have followed Rewards Canada for a period of time now you’ll know we do love the card for its transfer options, that is the reason why it has consistently ranked high our annual travel rewards credit card rankings (although we will reveal that it will not be ranked as high in our latest rankings coming out later this month). It is those transfer options and the ability to score sign up bonuses once to twice per year on the card that has also made it popular in the churning community. However the churning community is a small piece of the pie and the vast majority of Canadians are only wanting to sign up for this card once.  We know from a few years ago there were roughly around one million Avion
cardholders in Canada and going solely on the basis of discussions with
our readers and the general public, the majority of them use RBC’s fly any airline at anytime via the Avion airline redemption
schedule. They don’t use the card for the transfer options that we popularize here and are the haven for churners. In fact if we were to wager a guess, we would say no more than 10% of the cardholders, no wait – actually I would probably put it around 5% that utilize the transfers to American Airlines, British Airways, Cathay Pacific and WestJet. That leaves a lot of people only wanting to redeem for the any airline any time flights and as exampled above this card now lags behind in that category.

So what do we think the card needs? If it wants to maintain the hero status that is heralded by the higher ups at RBC it will need increased earn rates. They need to catch up to the competition and start offering category spend bonuses or even boost the earn rate across the board. If we were to go to category spend bonuses, play copy cat here, add in accelerated earn for dining, grocery, gas station, and/or recurring bills. Make those range from 2 to 4 points per dollar spent and put an annual cap on it like the competitors do. Also boost the only accelerator it does have on travel from 25% to 100% – give 2 points per dollar for travel purchases. Or if they don’t want to have category bonuses go with a flat 1.5 to 1.75 points across the board on all purchases. And don’t mess with the redemption chart just yet. RBC took a lot of flak in 2009 when long haul flights in North America jumped to 35,000 points and since that is the most popular redemption across the board for virtually all Canadian loyalty programs it needs to stay where it is at to compete. But you may say well with the accelerated earning the card becomes a beast thanks to the transfer bonuses! Well, unfortunately here those transfer rates would need to be adjusted down. Yes I did say that. Do I like it? No not at all but hear me out. In the greater context of our market you have to remember most people who have the Avion card aren’t using the transfer options and RBC can’t give away the farm on them. By adjusting down I don’t mean a major devaluation but at a rate that would make it similar to what the card offers now. So something like the current 1:1 transfers to British Airways and Cathay Pacific would become 1:0.6. Yes it is a devaluation if base earn rates remain at 1 point but it provides an actual increase for any spend that is accelerated. I feel like that would be a fair trade off for this redemption option.

So far we’ve only touched the rewards on this card but we also have to
look at the benefits and insurance offered. In the past few years we’ve
seen competitors begin to offer more than just rewards to entice and
keep customers. From No Foreign Transaction fees to NEXUS credits to companion vouchers to
airline lounge access and most recently lifestyle credits as seen on
BMO’s new Visa cards the benefits found on other cards cover the whole gamut. The RBC Avion Visa Infinite Card however does not offer
any one of these benefits. In fact it provides no additional benefits to
cardholders save for its insurance package that is well…. middle of the
road now as competitors have also upped their game there.  So the RBC card is getting its butt kicked on the rewards side and also on the benefits side.  RBC is going to need to offer up something here as well to remain relevant. I don’t think they would ever provide No Foreign Transaction fees on the card – with so many cardholders already having the card that would be way too much revenue to give up. So scratch any possibility of that happening. But perhaps they could follow in the footsteps of HSBC and National Bank and offer up travel enhancement credits (credits for baggage fees, seat selection etc.) or go in the direction of BMO and offer up an annual lifestyle credit. Or offer an annual 2 for 1 redemption voucher for flights in North America when you hit a certain spend level on the card.  Just give something to play catch up to rest of the pack and become a 2021 Cadillac Escalade instead of your Grandpa’s ’95 Cadillac DeVille.

To wrap this up, we want to emphasize that this is just Rewards Canada’s opinion on what we think we need to see from RBC to remain competitive but we don’t think we’ll get it – at least not anytime soon. RBC has a healthy amount of cardholders who seem to be content with what the Avion card offers and are unaware of the better options out in the market. However, it does also appear to us that RBC has blinders on. There probably has not been enough attrition yet for them to notice but by not overhauling now it may be too late when cardholders start leaving them for those cards that provide better value for each hard earned dollar they spend.

What do you think? Do you feel the Avion product is due for an overhaul? Have you had the card and switched to something more rewarding? Tell us in the comments section below!